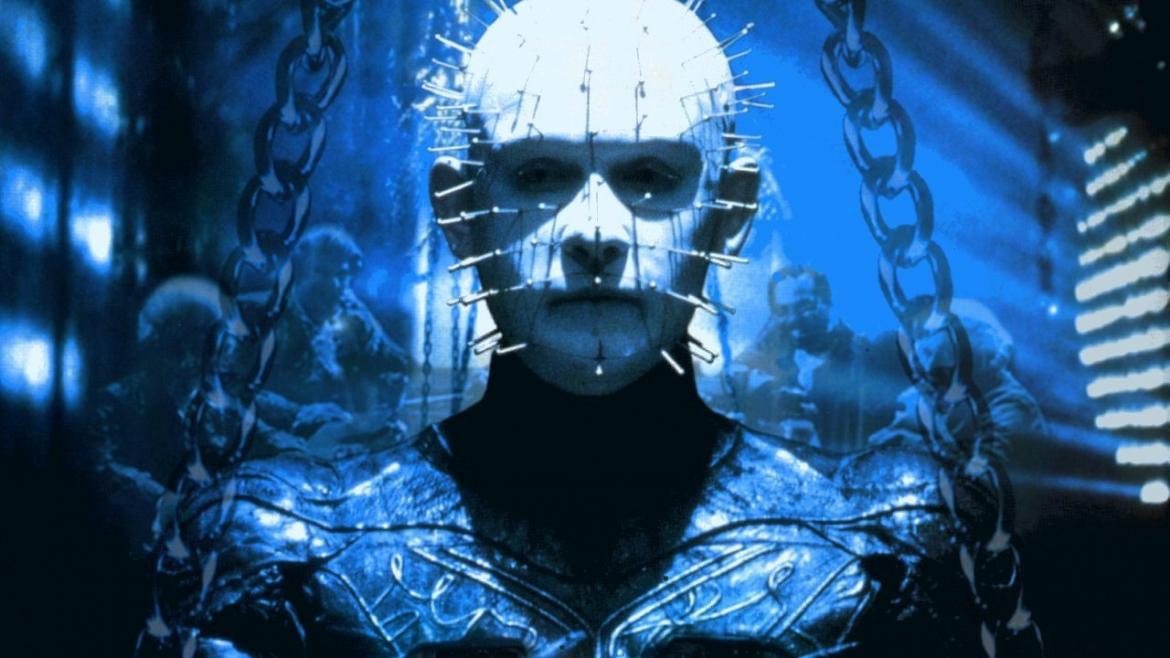 When watching the first three films in the Hellraiser series every viewer was thinking to themselves that what they really wanted to see was the background of the toymaker that built the puzzle box as told by a Jean-Claude Van Damme look alike on a space station in the future. Well, on that front, Hellraiser: Bloodline delivers in spades. Bruce Ramsay plays that toymaker and two more members of the L'Merchant/Merchant bloodline, who are apparently cursed to continually attempt to stop Pinhead (Doug Bradley) and Angelique (Valentina Vargas), a princess of hell, from attempting to bring hell to Earth. Where the Merchants were when Pinhead attempted this in Hellraiser 3 or why this has become his focus in the films, rather than just torturing people who have summoned him, I don't know.

As with the previous entry, the attempt to make Pinhead into an apocalyptic threat feels like a misstep here. Thankfully, however, Pinhead is back to monologuing about suffering and oblivion here, rather than making hamming it up. Also, while there's no real attempt to explain how Pinhead's plan or Merchant's counter to it are actually supposed to work, the proceedings at least feel like they're functioning within the same mythology that the films initially set up. So, while Pinhead in space is still a long way from where we started, at least the filmmakers have provided some functional internal logic this time.

Truthfully, the biggest fault with Bloodline is that it feels like it attempts to cram too much in. What was attempted here would have been better served over the course of two films. The idea of following the path of the family that created a box that functions as a portal to hell had potential, but the fact that we only check in with the Merchants once, in the 90s, between the box's creation and the framing narrative on the space station takes the wind out of the sails of any attempt to sell the idea that this is an eternal struggle between good and evil. If the filmmakers had planned with the intention of carrying this element of the mythology through multiple films I think we would have ended up with a run of Hellraiser films that would have been worthy successors to the first two films in the series.

From a technical standpoint, Bloodline does continue the downward trend in the attention paid to special effects. Rather than skillfully selling a handful of moments, the audience is treated to a number of effects that approximate the things we've come to expect from Hellraiser - lots of hooks on chains tearing at people and such - but simply don't look very good. Also, keep an eye out for some of the lamest futuristic movie guns and a couple notably bad wigs on Ramsay. The film also has that video quality to it that many low budget films in the 90s did, and it does not serve this franchise well. On the positive side of things, the hell hounds that Pinhead has with him on this go around look pretty cool.

While Hellraiser: Bloodline is a slight improvement in some ways over the previous film, and there are some interesting ideas here, there's still an overwhelming feeling that we're viewing a franchise that is little more than a shade of what it started out as.

Scary Stories to Tell in the Dark