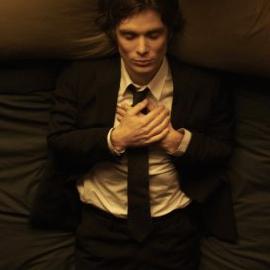 Unlike many sci-fi or horror films that require huge leaps of faith or suspensions of disbelief, perhaps the only thing that "Red Lights," the new film from Rodrigo Cortes ("Buried"), asks of the audience is that they presuppose "The X-Files" never existed. Mulder and Scully famously made skepticism cool as they toured around the world investigating paranormal events. "Red Lights" uses a very similar premise: two investigators, this time college professors, travel the country meeting with any and all who claim to have a "gift." The pair, played by Sigourney Weaver and Cillian Murphy, each have their reasons for pursuing this work in the face of flagging university support, but they march on, summarily rejecting everyone they come across.

Much like the Chris Carter series, "Red Lights" concerns itself greatly with belief and skepticism. But instead of UFOs and Sasquatches, the film focuses more narrowly on real-world hucksters like faith-healers and psychics. Drawing inspiration from celebrities of yesterday like Uri Geller, Cortes creates the dual narrative of the aforementioned investigators Matheson and Buckley and the world's most famous psychic Simon Silver (Robert De Niro). Returning from a 30-year retirement, Silver bursts back into the public consciousness and squarely into the crosshairs of the younger, brasher Buckley. But as the skeptics dance with the psychic, strange occurrences heighten the stakes and throw lives into the balance.

A forgiving reading of "Red Lights" would compare it favorably with films like Christopher Nolan's "The Prestige." Cortes and cinematographer Xavi Gimenez have crafted a gorgeous film that plays with color and framing in a way that makes each scene visually appealing even if it's not narratively important. Like ""a href="http://www.imdb.com/title/tt0482571/" target="_blank">The Prestige," "Red Lights" also features a central conflict that amounts to a professional rivalry that posits philosophical questions -- albeit in the case of "Lights," questions that have been plumbed more recently and thoroughly.

A less-forgiving reading of "Red Lights" might instead point to any number of other star studded attempts at raising the bar around more traditionally genre-focused material. Unfortunately, the presence of Robert De Niro, Sigourney Weaver and Cillian Murphy (not to mention upstart Elizabeth Olsen and character actor extraordinaire Toby Jones) does not a successful thriller make. The reality is that Cortes, who also penned the script, seems to have fallen too much in love with the exploration of extra-sensory perception and the questioning of skepticism. Cortes-the-writer all too often gets in the way of Cortes-the-director, the latter of whom clearly understands how to construct a scene for heightened tension. While several scenes play up this conflict, it becomes increasingly problematic as the film progresses and several sequences of dialogue between admittedly high-wattage actors get in the way of a script that has many pops on top of a handful of smart twists.

The real mystery with "Red Lights" is what distributor Millenium has planned for the film. While its by no means a home run, "Lights" is also nowhere near as bad as some of the films that do get full theatrical releases. The hope may be to generate a word of mouth campaign as the film does deliver a solid, if somewhat drawn out, conclusion. But if that's the case, it's unclear where prospective advocates might see or even hear about "Red Lights," so muted has been the marketing thus far. One suspects the best outcome here may be that Cortes's film has a chance to sneak up on viewers as an on-demand or streaming selection. It's likely not the outcome that De Niro and Weaver thought they were signing up for, but it is probably the best hope of ensuring the decent acting on display isn't total wasted.

The Nightmare Before Christmas