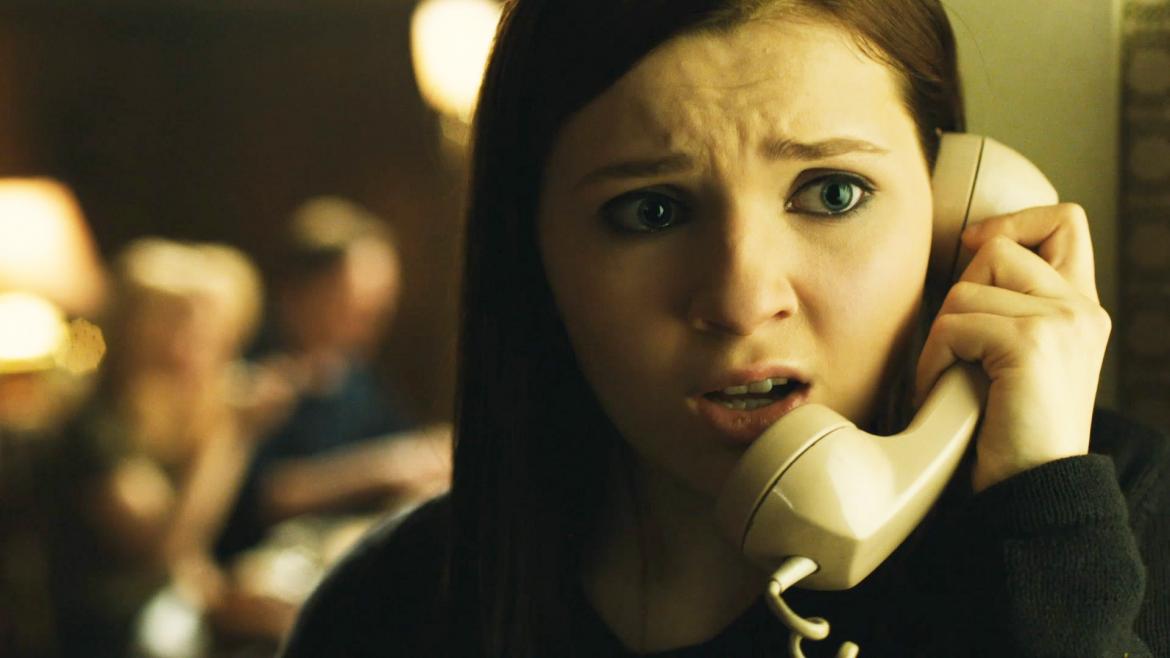 Director Vincenzo Natali has a knack for sci-fi weirdness, but it's always intriguing when a quirky director tackles something a little more straightforward--like a ghost story. It then comes as no surprise that Natali isn't interested in your typical things-go-bump-in-the-night shenanigans. Haunter is what you get when an ambitious filmmaker takes a simple concept and reconstructs it with fresh eyes.

Splicing tidbits from our cinema past Natali crafts something of a mad scientist's vision of a ghost story. Lisa (Abigail Breslin) seems to be your typical teeen girl, but she isn't. Lisa has become increasingly aware that she's been living the exact same day for quite some time and she's the only one that seems to notice. That is strange enough as is, until it becomes evident that Lisa is in fact a ghost trapped by an even more powerful entity (Stephen McHattie) that is keen having her living in her bubble for eternity. As Lisa attempts to make contact with the living souls of the house she haunts and learning about the events that lead to her fate she finds that her very existence is threatened by her supernatural captor.

Breslin has never really been tasked with carrying a film soley on her shoulders, and if there's any obvious weakness in Haunter, it's that. The young actress does however carry a good portion of the film admirably, but it's McHattie that steals the show whenever on screen--so much so that his abscence is retroactively felt in the early scenes. Natali though, is a skilled storyteller that lets the world breathe just enough to let the slow reveals and mounting creepiness of McHattie's character and subsequent mystery wash over the viewer patiently and confidently.

Haunter relies almost entirely on Natali's style as a director--delivering a cold yet inviting setting with an engaging and thought provoking story. The aesthetic and unfolding story being the star there is not much in the way of memorable scares or emotional resonance. Lisa's search for her truth plays out sort of like a ghost noir with McHattie's "pale man" being the villain at its center. Официальное онлайн казино vulkanstavkagame.com играть бесплатно можно здесь. The mood of the story carries well as we move from scene to scene with just enough twists and turns to bridge the gap between a well intentioned but forgetabble ghost story to an admirable change of pace for an unconventional filmmaker.

Haunter is not your typical ghost story because Natali is not your typical genre director. Breslin and McHattie are just a pair of pawns in Natali's chess match with the audience--and while it's easy to question his strategy along the way, the director manages to consistently surprise with some unexpected moves along the way. Haunter sometimes dabbles in a familiar toybox, but if you dig a little deeper you're bound to find something new lurking underneath.