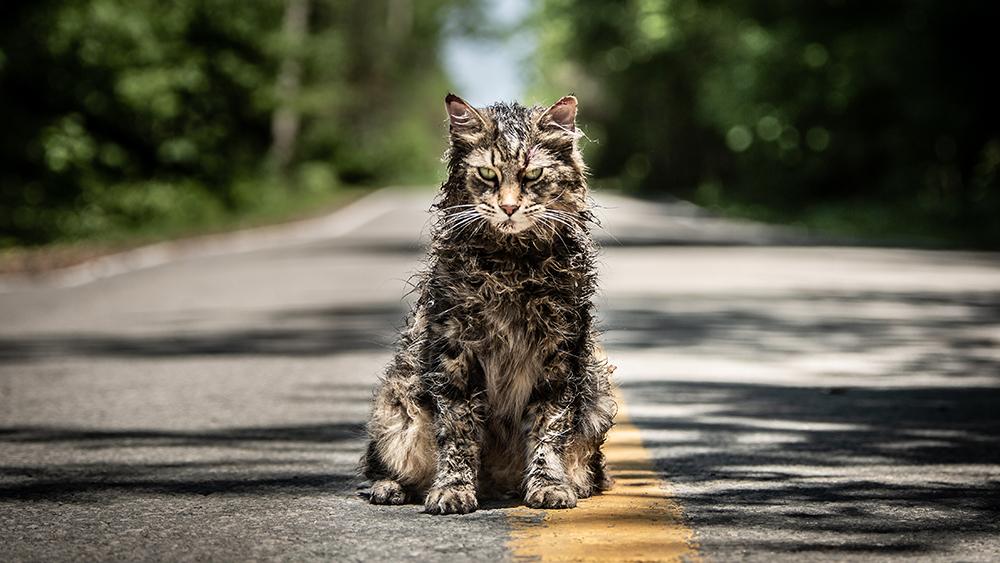 Death and the afterlife are loaded topics complicated to discuss in the company of adults let alone with the developing mind of a child. Kevin Kölsch and Dennis Widmyer's Pet Sematary, the second adaptation of Stephen King's iconic novel, is ripe with complex, depressing emotions, pitch black humor, and an ending as sour as the soil housed within the titular landmark.

Carved from the same wood as King's classic and it's 1989 adaptation, the update follows the creeping dread and inherent tragedy that befalls the Creed family. Louis (Jason Clarke), Rachel (Amy Seimetz), Ellie (Jeté Laurence), and Gage (portrayed by twins Hugo and Lucas Lavoie) who have uprooted their big city lives with the hopes of slowing down. Ellie's curiosity of the woods behind their new home leads her to a cemetery where locals bury their beloved pets as a form of ritual as explained by their new neighbor Jud (John Lithgow). Surrounding the landmark is a deadfall piled high with dead branches. When Ellie's beloved cat Church is killed by one of the frequent speeding tanker trucks passing by the Creed's new home, Jud regrettably leads Louis to a place beyond the deadfall where the ground inexplicably brings the dead back to life. When Church returns, the family enters a downward spiral of events that could destroy their once happy existence forever.

Like the best book adaptations, Pet Sematary retains aspects of its source material while digging itself a new hole in the sour soil of the ominous Indian burial ground. What emerges, like the reanimated bodies in the film, is not the same. However, the final product is as horrifying and challenging as the implications of death and the mental anguish of grief.

The script from Matt Greenberg and Jeff Buhler is often a poignant meditation on death and grief accentuating King's source material. The film’s singular focus on the Creeds and their near neighbor blurs the world around them, enhancing some of the film's dreamlike stretches. Combined with the direction by Kölsch and Widmyer the result quickly becomes a somewhat suffocating experience where the dread washes over you early on and only tightens as the film enters the third act. There's a glorious foreshadowing opening shot that hints at the horror to come, and while the directing duo’s technical approach feels almost banal in its simplicity at times, the horror of it all is never lost in the process. What the film lacks in an exciting visual sense it makes up for in the chances being taken for a major studio release and as an adaptation of a beloved writer's timeless piece of work.

The film swerves the most from its source material in the final act. Necessary, if controversial (especially to the book's purists), the alterations make for an endlessly creepy string of events which culminate in an ending that almost completely unravels the rest of the film. These artistic choices feel purposeful, but in the end some also come across misguided and may even leave the audience with a conflicting sense of unintentional humor and shock. The final act is where the cast all comes out to shine, particularly Laurence and Seimetz. Though wrestling with his accent, Clarke's everyman persona over the last hour finally starts to crack and you see flashes of the promising and layered charisma of which he has previously shown himself capable.

For some, there will always be a lingering sense that if Kölsch and Widmyer had adhered even a tad closer to the source material their adaptation could go down not just as one of the best, but THE best King adaptation to date. Still, the duo have forged their own path and regardless of any lingering and (admittedly) subjective faults, the latest Pet Sematary proves that this was a story with plenty of life left in it.

The Curse of Sleeping Beauty