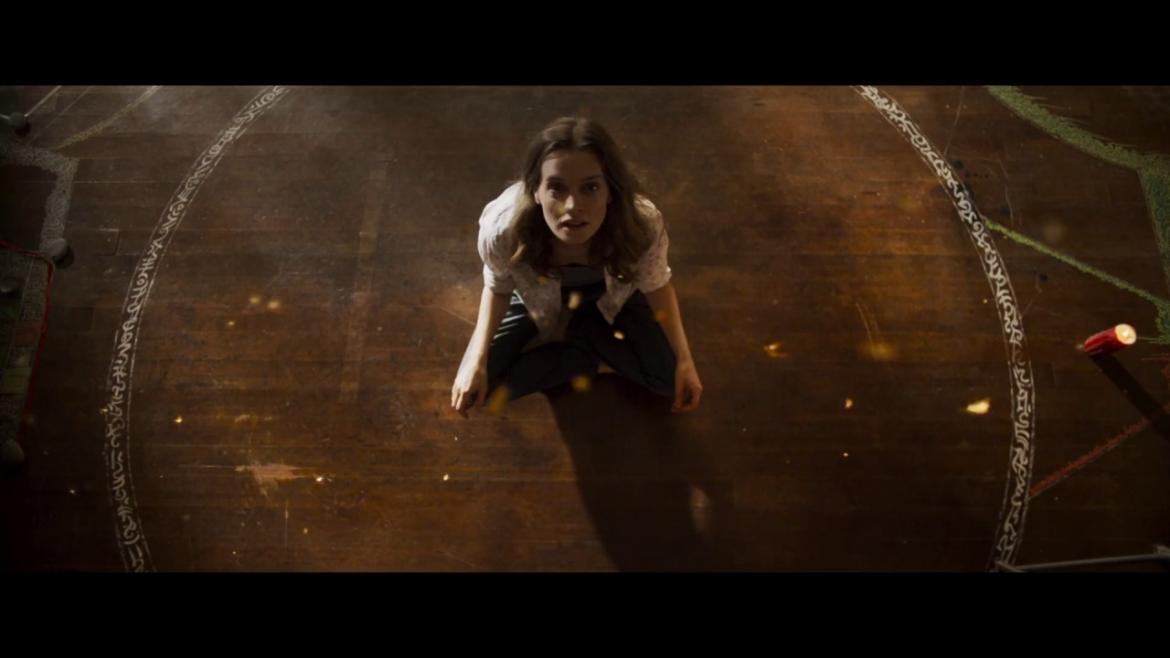 There are any number of reasons to not involve yourself in the world of the occult. In his first feature Liam Gavin explores two of them--the spells are rich in detail and incredibly time consuming. A Dark Song delves deeply into the world of evil and magic in a way you have not seen before while weaving an intimate character study doused in desperate human emotions.

Outside of the opening scenes A Dark Song unfolds in its enitrety within a house--a handful of rooms providing the bulk of the setting. Sophia (Catherine Walker), a grieving mother, has rented a home in the middle of nowhere with the intention of hiring Joseph (Steve Oram), an alcoholic occult specialist, to help her conduct a dangerous ritual.

Gavin wastes no time laying out the rules for what we're about to see and how meticulous those rules are. The house acts as a cage in which Joseph's abrasive personality bumps constantly against Sophia's desperation as they endure six months of exhaustive rituals and drawing extensive occult symbols to appease the spirits they are trying to conjure. The film hinges on these two's interactions as their motivations become at odds with one another--bridged by montages of them conducting rituals as they appear increasingly frustrated by the results.

A Dark Song plays unfolds kind of like an adult fairytale. The writing serves to provide a grounded outline to how and why the rituals are important, how involved they are and how mentally and physically draining they will be. There are times where the rules don't quite feel they are being followed to T and the finale sort of loses it footing a bit because of it. Audiences losing patience for this brand of spooky slow burn will get what they want in the last act which ends as few genre films do--heightening the emotions at the absolute peak of the fantasy and cutting to black.

Grief and personal demons prove once again to be perfect fodder for emotionally driven genre pieces and A Dark Song sings a pretty tune. Gavin doesn't always march to the beat of his own drum but his debut features two fantastic performances, a heavy dose of style and a haunting score to usher in a fresh new voice in horror.

The Last Will And Testament of Rosalind Leigh