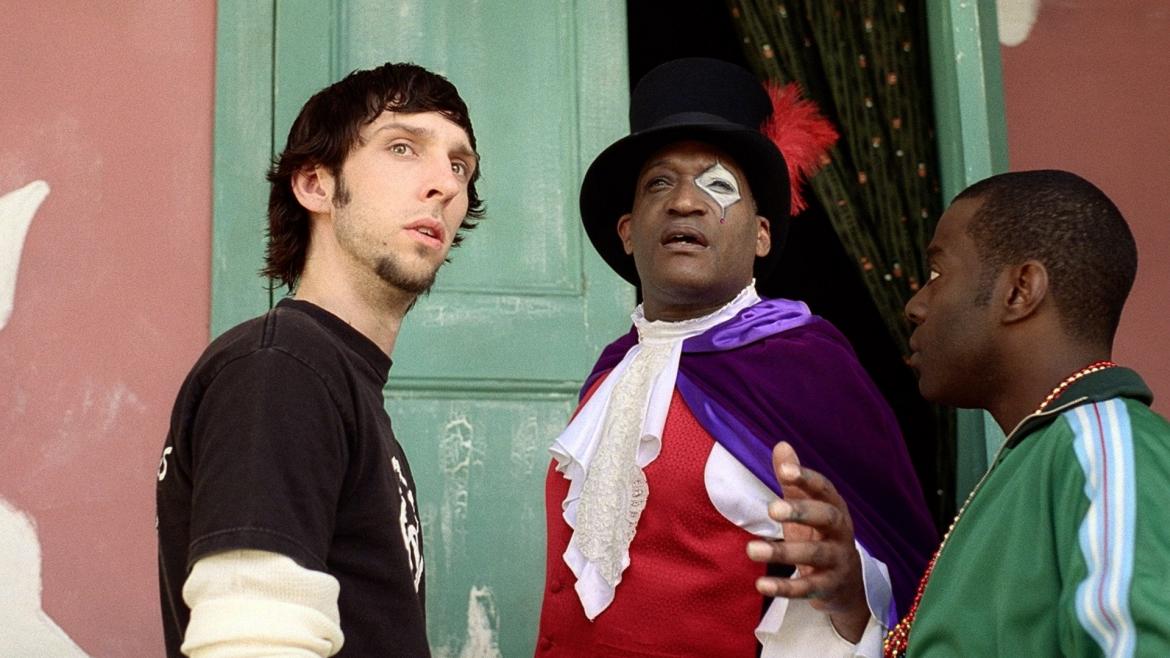 In Hatchet, Adam Green’s horror debut, the director makes a strong statement about the condition of the modern horror film. Green, who also wrote the film, surveyed the field—from the "Saws" to the "Hostels" to the slew of remakes—and seemingly said to himself: “Fuck it.” By heading back to basics "Hatchet" flies in the face of most of the horror films of the last decade, and in so doing offers audiences one hell of a ride.

"Hatchet," as the film’s marketing has trumpeted, is a true throwback to the slashers of days past. This isn’t a tribute. It’s not homage. "Hatchet" is an original, often hilarious, no frills gore-fest. Green eschews antagonists whose back-stories are as convoluted as their killing styles for Victor Crowley, a tormented freak with a propensity for ripping off limbs.

While his contemporaries strive for more elaborate and over-wrought set pieces, Green succeeds by keeping it simple. His killer doesn’t think too hard about his kills: when it’s time for Crowley to dispatch his victims he uses tried and true methods like disembowelment and decapitation. There’s little subtlety here, but in its place are some excellent lowbrow, high impact death scenes. If you think less is more, Green is ready to prove that sometimes more is definitely more.

Green’s monster isn’t the only part of the film that wins with simplicity. The plot similarly succeeds by playing the genre’s conventions straight up. Our protagonist Ben, seeking an escape from the banality of New Orleans’s Bourbon Street, persuades buddy Marcus to join him on a haunted swamp tour. They set sail in a dilapidated pontoon with a pair of vacationing retirees, an amateur pornographer and his willing actresses, and a brooding beauty named Marybeth—basically, an ideal kill-list for a lonely psycho. The tour’s hapless guide manages to sink their ship within a stone’s throw of the legendary Victor Crowley’s cabin, and that’s when the real fun starts.

While the film’s real strength may be its simplicity, Green also succeeds in assembling a fun and interesting group of characters. The two leads, Joel Moore and Deon Richmond, have made their way in Hollywood as comedic role players and Green’s script allows them to stretch their wings with some snappy dialogue and quick punch lines. Likewise, Tamara Feldman (as Marybeth) and the supporting players are all well fleshed out and lovingly crafted. They are more or less cookie cutters, to be sure, but they’re the kind of characters you expect when heading into a film like "Hatchet." Maybe more so than in any other aspect, it is in the way that he crafts his characters that one can really sense Green’s knowledge of and love for the slasher film.

If "Hatchet" has a failing it’s that it's economy leaves little room for extrapolation. However, it’s hard to cite the film’s lack of subtext as a real failing because it’s clear at every turn that sparseness was Green’s intention. Nevertheless, Hatchet isn’t a film that you’ll spend a whole lot of time thinking about. Its Spartan appeal and kill scenes, brutal to the point of hilarity, will have horror fans squealing with delight, but it won’t leave anyone scratching their head. For a lot of folks, that actually might be a point in its favor.

The film certainly won’t be winning any awards for costume. While the effects are terrific, in a campy gore-hound sort of way, Crowley oftentimes looks like a cross between the Toxic Avenger and the goblins from "Troll 2." Green doesn’t really try to hide this obvious shortcoming with lighting or camera movement, which indicates the hokey costume might have actually been intentional all along. And if that’s indeed the case, then Green is even shrewder than I’ve given him credit for.

Hatchet doesn’t reinvent slasher movies or steer horror in a new direction. It doesn’t fly in the face of conventions or make post-modern critiques. "Hatchet" serves up a well-paced, scary-if-not-terrifying, good time. At the risk of spoiling anything, let’s just say Green leaves the door open for Crowley to cause future mayhem, and after getting a taste of Green’s gory, fun aesthetic, that’s a proposition horror fans will be quite excited about.