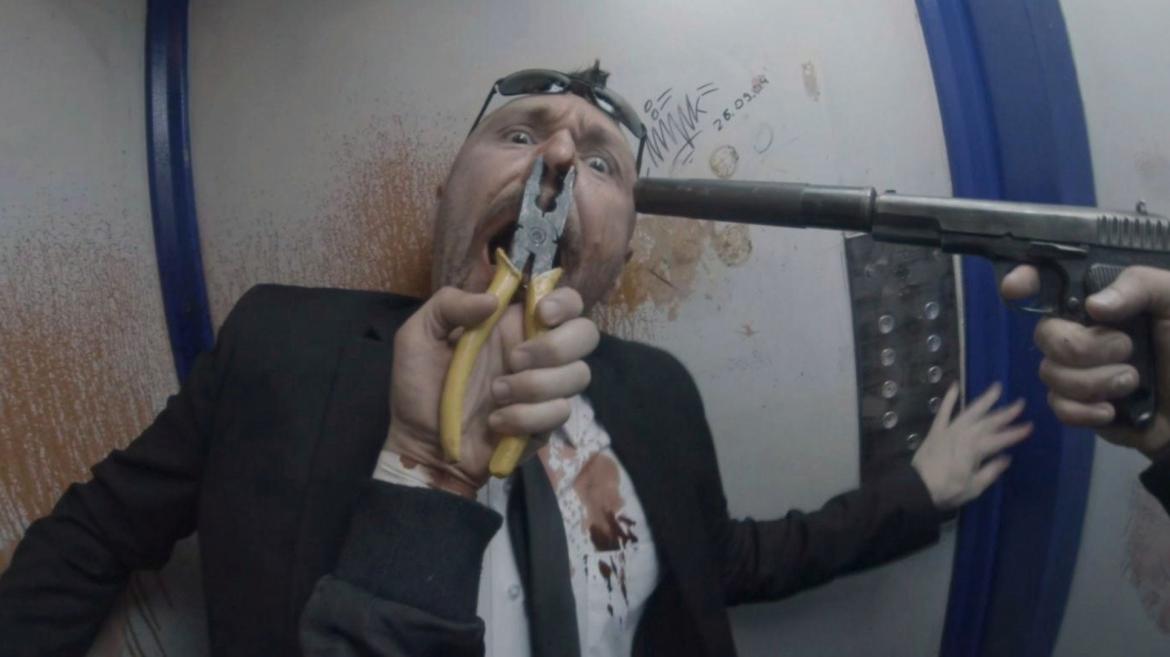 Hardcore Henry is the psychotic, demented brain child of director Ilya Naishuller inspired by the video he directed for his band Biting Elbows in 2013 which follows the first person mad cap antics of one man fighting an army of gangsters. After a pretty successful Indiegogo campaign we now have a 96 minute film that ups that ante in every imaginable way.

It’s going to be easy for some critics to chalk this film up as a stupid film with a cheap gimmick. Naishuller claims that the first person aspect is more about immersion than the mimicry of first person shooters. Yet, it’s very hard to ignore the plot elements seemingly plied directly from the storyline of every modern video game, including the wailing maiden in distress. However, Hardcore Henry has more going for it than a simple homage.

It begins as our hero wakes without memory or the ability to speak, and explained by his wife/scientist that he is now a cyborg. Quickly, as his prosthetic leg is attached an army of men accompanied by the villain who happens to be an albino telekinetic named Akan (Danila Kozlovisky) destroys the lab and steals his wife leading Henry (played by over 15 different stuntmen with Go-Pros attached to their faces) on a violent path of carnage on the quest to reclaim his wife through an ever escalating series of jaw dropping stunts that will send your mind reeling.

The risk with this film is that some audiences will simply feel nausea as the camera whirls and falls off the tops of roofs, and helicopters, and soars through explosions and around mind bending stunt work. Yet, that is also the films greatest strength. You have never seen a more visceral action film than Hardcore Henry, and it is one that should not be missed in a theatre.

Almost everyone will need to pull their eyes from the screen at some point to search for respite from the blood, kinetic violence, and havoc. Yet, this film finds time for quirky humor, elements of mystery some of which are even paid off in unexpected ways, and fantastic performances especially Shartlo Copley who plays Jimmy, a role which allows him to show a surprising depth and diversity of acting.

For a movie that most fans will step into looking for just some great action, Hardcore Henry delivers exactly what it promises and much more.