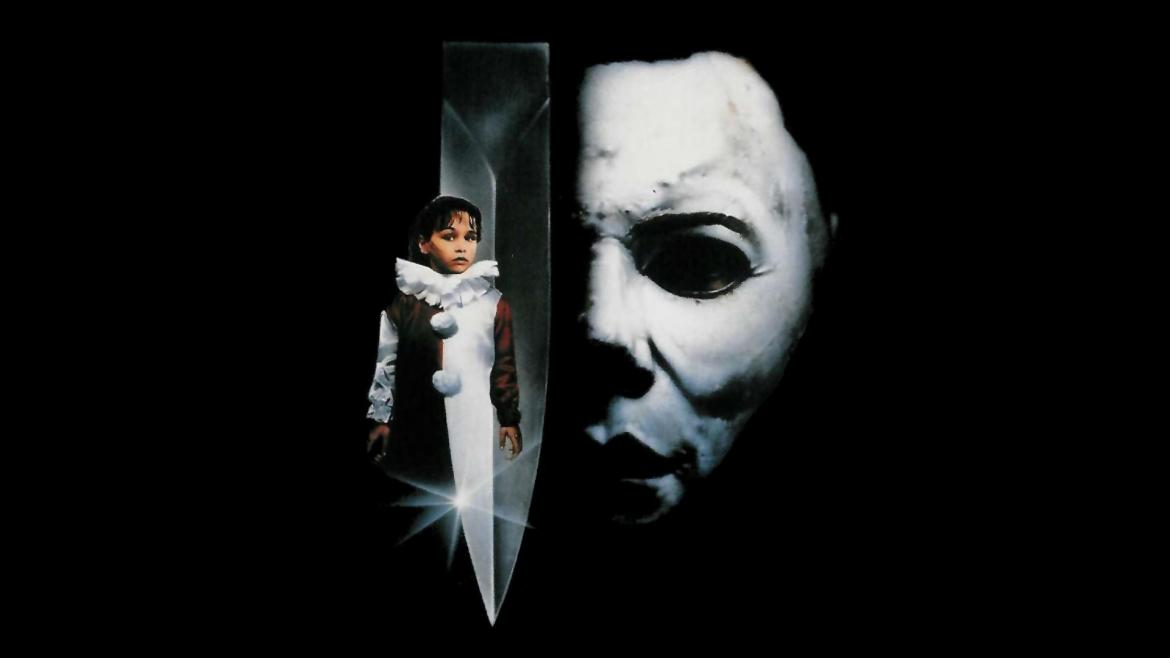 Michael is back at it again, and this time he wants revenge; though for what is unclear. Much like the transition between Halloween and Halloween 2, the fifth installment picks up just where the movie before it left off. The police all train their weapons on Michael and he falls down an abandoned mineshaft—presumed dead. Anyone who has seen a Halloween movie, however, knows that is certainly not the case. In Halloween 5: The Revenge of Michael Myers the scene continues and we see Michael crawl down and embankment and into a river, before stumbling upon a gracious hermit who is more than happy to nurse him back to health. Three guesses as to how that turns out for the hermit.

Back in Haddonfield, one year later, Jamie (Danielle Harris)—who has lost the ability to speak—is recuperating in a children’s clinic. This is where Halloween 5 first drops the ball by significantly walking back the incredibly dark but equally intriguing end of the movie before it. Let me jog your memory. After Rachel and Jamie return home, Mrs. Carruthers takes Jamie upstairs for a bath and moments later we hear screaming. Suddenly we see Jamie at the top of the stairs, still wearing her clown costume, and holding bloody scissors. Her eyes remain unfeeling as Loomis’ face warps into a mask of utter despair and the movie ends. This set up is completely abandoned as we enter Revenge, however. A throwaway line reveals that Mrs. Carruthers is still alive and Jamie is no longer possessed by Michael, her connection instead acting as a mechanism by which she can see what he is going to do next.

The second act consists primarily of Jamie moaning through nightmares, Dr. Loomis yelling at her, and a healthy dose of new and obnoxious teens to boot. From there the story is fairly formulaic, with Michael hunting Jamie and the teens and killing anyone who stands in his way. Revenge also introduces The Man in Black, who is always obscured in some way and seems to serve no real purpose other than to set up  the next film. In fact, those who worked on the film have since stated that the writers, producers, and actors were all unsure of who The Man in Black really was for the entirety of production.

So once we’ve accounted for this stranger in black, the waste of Danielle Harris, and Donald Pleasance’s clear unhappiness throughout we still haven’t touched on all that’s wrong with this movie. There are two bumbling cops, who are accompanied by goofy clown sound effects in every scene. This is apparently meant to be an homage to another film, but it falls hopelessly flat. Rachel gets killed off—rather unceremoniously—in the first act, leaving us with Tina, her irritating and selfish friend. Not only does this seem unfair to Rachel's character, but it seems completely half-baked as an idea. Tina’s storyline doesn’t make much sense, and when she sacrifices herself in the end to save Jamie it seems completely unearned.

Don’t get me wrong, this movie isn’t all bad. Director Dominique Othenin-Girard mostly nails the tone, approximating the kind of menacing atmosphere of the first two films much more closely than has been achieved since. There are tons of scenes of Michael lurking, both in the shadows and in broad daylight, that are truly affecting and reminiscent of the Michael fans wait for. Revenge also gives us some great scenes, most notably one where Jamie tries to hide from Michael and his giant knife in a laundry chute.

I am not sure that I want to argue that overall box office is an indicator of inherent value, but Halloween 5: The Revenge of Michael Myers was the lowest grossing of the franchise. There’s a pretty good movie hiding in here somewhere, but it is covered in a smattering of nonsense that really drags the whole thing down.

Wounds Sustained by Michael: 7-20 shots from the end of Return, shot twice more, hit with 4 tranquilizer darts, beaten with a 2x4.