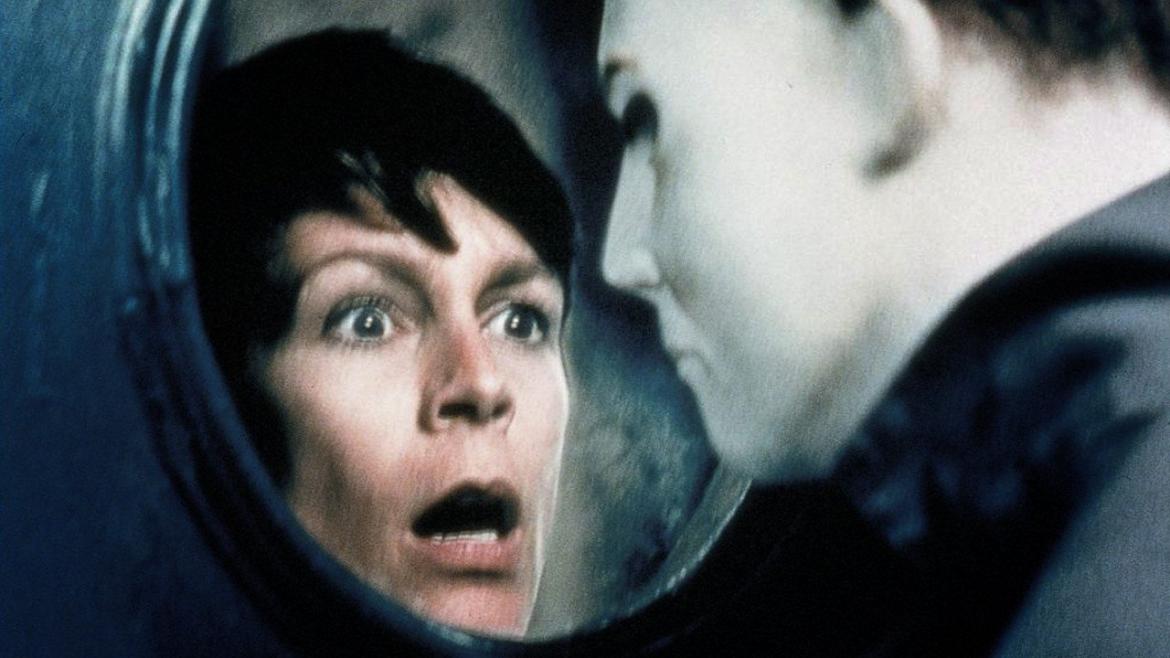 By the time that Halloween 6: The Curse of Michael Myers was released, things were not looking good for horror movies. Most of the major franchises were in their umpteenth reincarnations and the genre was struggling to remain relevant within a wholly new context. With the release of instant-classic, Scream, in 1996, horror had found its footing again, and gained some new fans. Fast forward two years and this new brand of snarky, self-referential horror was on the rise.

Enter Halloween: H20. Twenty years after the night he came home—leaving a string of victims in his wake—Michael is back to finish the job he set out to do so many years ago. We meet back up with Laurie Strode (Jamie Lee Curtis) who, we are to understand, faked her death and left Haddonfield to escape the traumas of that night and to get as far away from Michael as she could. Laurie (now named Keri Tate) is the headmaster at a prestigious and remote boarding school in California, and she has a 17 year old son. H20 makes the very pointed decision to act as though the events of Halloween 4-6 never occurred. Not only is there no mention of Jamie Lloyd (Danielle Harris) who played Laurie’s only and orphaned (or so we thought) child, but there seems to be no record of any of the subsequent attacks on Haddonfield since Laurie left. Multiple characters point out that no one has seen even a sign of Michael in twenty years, surely he must be dead.

The aftermath of that fateful Halloween night has taken its toll on Keri, who suffers from horrible nightmares for which she self-medicates with drugs and alcohol. And the repercussions on her son John (Josh Hartnett in his film debut) are immediately visible. He feels stifled by and resentful of his overbearing mother and is less than understanding about her lingering trauma. On Halloween, as the student body is set to depart for a weekend away at Yosemite, he begs her to sign his permission form, but she refuses. His girlfriend and two of their classmates decide to skip the trip as well and make a weekend of it. What’s the worst that could happen? When Michael arrives to lay siege to the mostly abandoned compound, John is forced to finally believe his mother as the two band together with the remaining stragglers and try to survive.

With this movie, we see a new kind of Final Girl for the franchise. Unlike earlier versions of herself, or those that came after her, Laurie/Keri seems like she too is finally coming to the table with some awareness of horror movies. Instead of just running and hiding, she actively chases and attacks Michael, refusing to give up until she is satisfied that the cycle has been broken. The third act especially is chock full of awesome fight scenes and action sequences as the two come face-to-face over and over and Laurie refuses to back down, or to believe anyone who tells her it’s over.

As I mentioned earlier, H20 followed pretty hot on the heels of Scream, and the effects of that film will not be lost on anyone who views this one. The cold open follows a nurse whose home has been broken into, as she is stalked and killed by Michael as the police enter the home next-door; fully within their view, if only they would look. This directly seems to parallel the first death in Scream, in which Casey Becker watches her parents walk into the house before being dispatched by Ghost Face. H20 is also full of references to other horror films, as well as to earlier films in the Halloween franchise. There are several lines of dialogue pulled directly from the original script, and even a scene where Laurie opens a door, while trying to escape from Michael, only to discover and empty closet and curse her luck. There is certainly a reason for these similarities, aside from the general influence that Scream had on the horror landscape in general. Kevin Williamson, who became famous for writing Scream, also did a treatment for H20, and though his was not the final script used, it had a lot of impact on the drafts that followed. Likewise, most of the music in the film was composed by Marco Beltrami, who wrote the scores for both Scream and Scream 2.

Fans who have watched earlier Halloween movies may find the tone of H20 to be jarring in comparison, but the meta dialogue and plethora of absurd jump scares have a charming effect. Much of that charm, no doubt, comes from the awesome cameo work done by the likes of Jamie Lee Curtis' real-life mom and star of Psycho, Janet Leigh, and as LL Cool J who are both on staff at the school. This film is perhaps the first example of a significant shift in time within this franchise that felt like it worked. It’s a big jump from where we are in Revenge or even Curse, but it seems much more successful a transplant than those two did. If you are a fan of the snarky-teen horror of the late nineties and early aughts, this is certainly for you.

Wounds Sustained by Michael: Beaten with a golf club, punched 3 times, hit with a fire extinguisher, axed, impaled with flag pole, kicked in groin, stabbed repeatedly with knives, pushed from a second story balcony, thrown from car, hit by car, beheaded by ax*