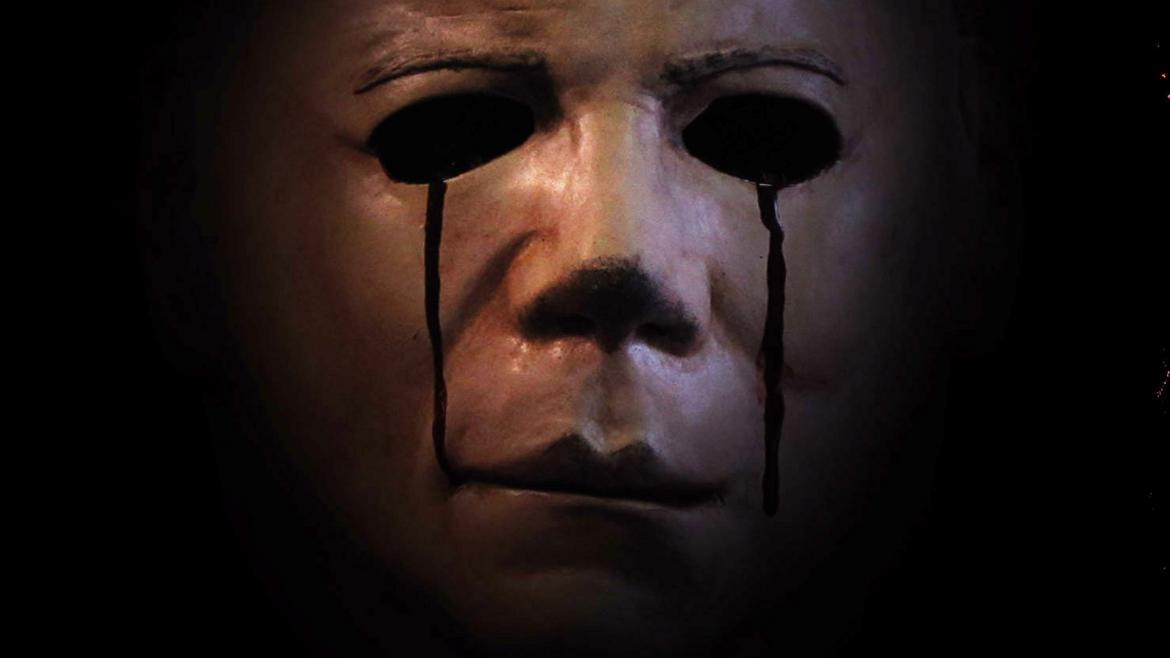 Let’s get one thing straight right off the bat, sequels are tough. If your film is good enough to warrant a follow up, odds are not in your favor that you are going create a sequel that people like as much, let alone more than your original. It is with that given acknowledged that we examine 1981’s Halloween II.

Picking up where the original film left off, Halloween II opens with Laurie sending the kids for help as she sits and catches her breath in an empty doorway; the looming figure of Michael Myers rising up behind her. It isn't until Loomis shoots him—six times according to him, though it sounds an awful lot like seven—that we get any new footage. In this film, Loomis discovers that Michael has escaped not by looking down at the empty lawn from the balcony, but by venturing down to groundlevel, where a Michael shaped impression is still fresh in the grass. The sheriff arrives and we have caught up with all of our major, original (surviving) characters.

While every police officer in Haddonfield continues to inexplicably berate Dr. Loomis for supposedly setting Michael free, Laurie is taken to the local hospital to receive treatment for her injuries. It is at the hospital that we are introduced to a whole new cast of characters, or potential victims. While Dr. Loomis and Haddonfield’s finest roam the streets looking for any sign of Michael, our superhuman slasher is making his way to Haddonfield Memorial, drawn endlessly towards Laurie.

As a sequel, Halloween II makes its own mark, while still allowing the fingerprints of the original to remain all over the finished product. John Carpenter's beloved score is back, albeit slightly reprised and, arguably, not as strong. The now-famous theme still accompanies the credit sequence at the opening and the music that plays during the moment when Michael and Laurie finally come face to face riffs on the music that scored a similar scene in the original film. And the music isn’t the only similarity. Despite the fact that Carpenter did not direct the film, handing the reigns instead to Rick Rosenthal, he and his partner Deborah Hill returned to pen the screenplay and their influences are found throughout. Like in the first film, we get another long-take, POV shot in the opening moments; this time following Michael as he flees from the authorities. There is also a kill scene in which a nurse is lifted from the floor by a scalpel in her back, which directly mimics Bob’s death in the first movie.

In terms of creating its own space in what would later become cannon, Halloween II does a lot of things that are wholly its own. For those who are familiar with the franchise, it is Halloween II that drops the news that Laurie is, in fact, Michael’s younger sister; thereby explaining his fascination with her and his insatiable need to seek her out and destroy her. This is also the film where a few pieces of dialogue, that could easily be written off, become the basis of a druid and rune-related story line that will come to play a huge role in later films. This movie also ratchets the kill count way up while widening the scope of those to be dispatched. No longer are our victims simply teens who like to party, but anyone who dares get in the way of Michael’s mission, which begins to become more clear in this iteration. Likewise, our victims are eliminated in much more varied and creative ways this time around. Much of this may have to do with the fact that this film also stood apart in terms of its budget, which was $2.5 million as opposed to the $300,000 of the the first installment.

Halloween II may not be as technically strong as its predecessor, but it is certainly not a film to be scoffed at. This continuation lays down a lot of the groundwork that, for better or worse, will go on to serve as the bedrock for a whole host of films that come after it—taking Halloween from a standalone film to a franchise that is a fan favorite of many a horror buff.

Wounds Sustained By Michael: Shot six (or seven) times in the scene from the first film, shot five times by Loomis in the hospital, shot in both eyes, exploded/engulfed in flames.

**Carpenter and Hill agreed to be involved in a third entry to the franchise only if it didn't involved Michael Myers, and so decidedly killed him off in the end of the second film. However, after Halloween III: Season of the Witch was such a flop (more on that later), the producers decided to resurect their box office juggernaut.