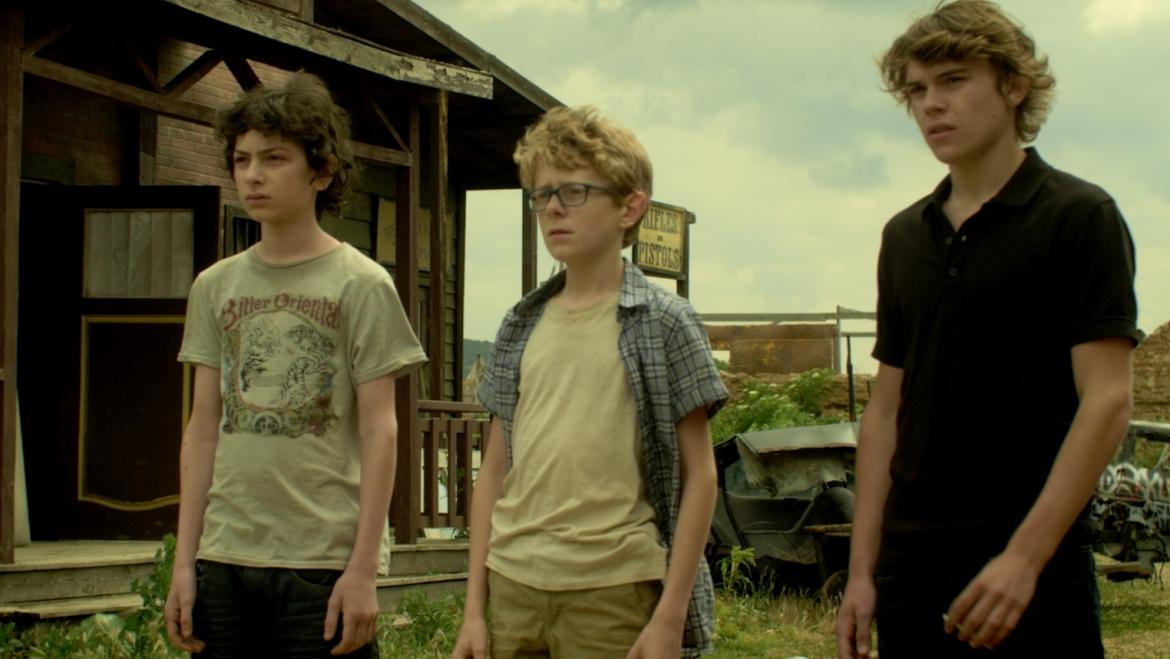 Among the Living (Movie Review)

For children, there is perhaps no better time of year than summer, and no more exciting day than the last day of school. As the immortal Alice Cooper so beautifully put it, “No more pencils, no more books, no more teacher’s dirty looks.” What could possibly be better? It is precisely on this day that the protagonists of Among the Living find themselves wandering the French countryside with nothing to do but get into trouble.

When Dan, Tom, and Victor wander onto the grounds of an abandoned and secluded film studio, they find a woman tied up in a trunk and the horrifying man who brought her there, narrowly escaping with their lives. None of the adults the boys tell about what they saw are inclined to believe them, but that doesn’t mean it won’t follow them home.

Among the Living is written and directed by Julien Maury and Alexandre Bustillo, the duo that created 2007’s controversial classic Inside. Despite its promising origin, however, this is a film that is plagued by a problem all too common within the genre. Among the Living is a movie that contains some really cool set pieces and a few tense moments, but the story at the film’s core is flimsy and transparent. The effect of this is that we get a movie that ultimately doesn’t hold a viewer’s interest and promises to fade mostly from the mind almost as quickly as it appears.

The primary problem is our villain, baddy, or monster, Klarence. Maury and Bustillo, have cited Carpenter as an influence in the past, and it would be hard to miss the allusions to Halloween in this film. The film’s cold open features what we later learn is a flashback that feels like it could easily be an extension of Rob Zombie’s retelling of Michael Meyer’s origin story. The rest of the film features a largely silent “monster” who wears an old rubber mask while stalking his prey. This backstory falls somewhere between too much information and not enough, the final result being an antagonist that has no weight.

Narrative pacing is weak as well. With a total runtime of just ninety minutes, we spend the first two thirds just watching the boys being boys—seeing them at school, meeting their least favorite teacher, and following their shenanigans through the woods—only to watch them and everyone around them be feverishly dispatched in the final twenty-five minutes of the movie. And while some of the kills are actually done in an interesting way, even they are too rushed to really be appreciated.

If you’re in the mood for a movie about a masked man slashing his victims, the options are seemingly limitless and, unfortunately, Among the Living may just not make the cut.