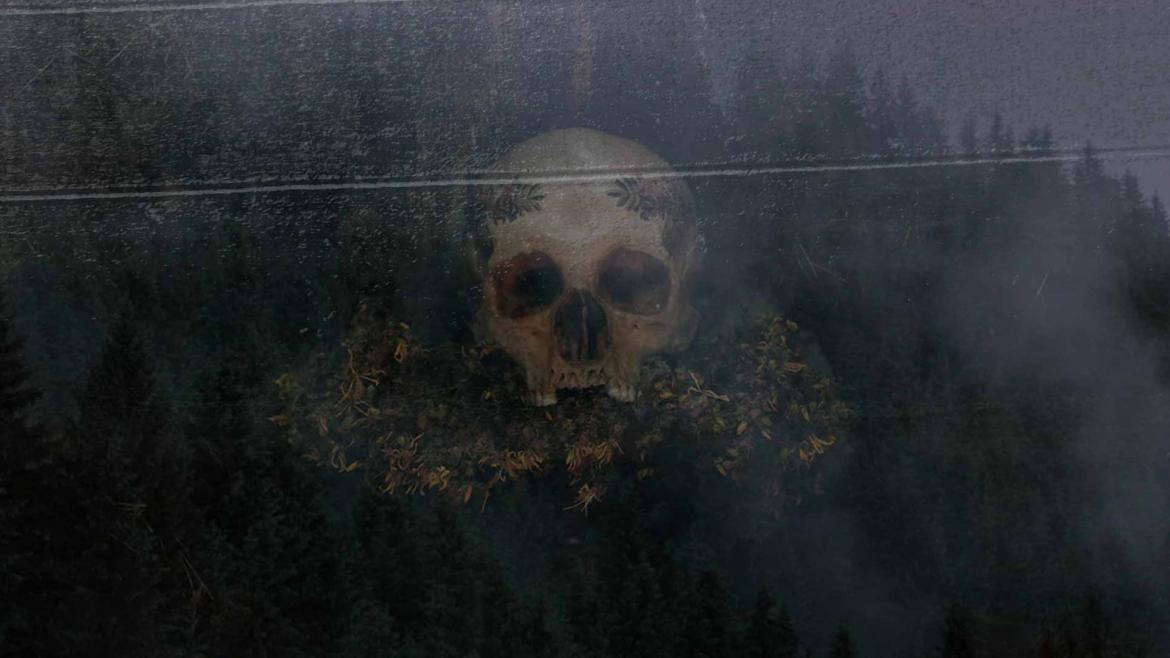 The film follows Albrun (Aleksandra Cwen), the daughter of a witch, who lives alone with her baby in the alps. The local townspeople fear her as an outsider and deride her religious beliefs, which could be a nod to current xenophobic trends in Europe. Albrun struggles with her sanity, her past, and her faith as she slowly descends into madness.

This is a folktale – a story passed down between generations. This is reflected in the hereditary nature of the curse of Albrun’s family. The facts of the ‘story’ are provided to the audience without commentary, as there is very little dialogue. I appreciate that the story focused on a female character, but we are given almost no dialogue and the main plot thread resolves quickly, leaving us to follow her aimlessly for 40 minutes. Internal conflict is difficult to portray visually, and unfortunately Hagazussa cannot scale that mountain.

I would compare the film to university philosophy – its full of existential dread and it leaves you questioning why you spent money on it. But unlike university philosophy most of the filmmakers involved will be hired in the future. There is clear talent on display here despite the absence of plot. I was not surprised to learn this was director Lukas Feiglefeld’s graduation film as it pulled itself out of my Shudder queue and screamed FILM SCHOOL at me. There needed to be more release of tension – either through scares or humour – but the Germans have never been known for their rip-roaring comedy.

It is tough to say more about Hagazussa without ‘spoiling’ anything. The film feels tailored to a very specific audience; arthouse masochists. It is evident why critics gave this a 96% on Rotten Tomatoes, but audiences who like stories and a lack of ambiguity clock in at 50%. If I have not made it clear already you may as well watch the VVitch, as it is surprisingly a much more accessible version of this story.