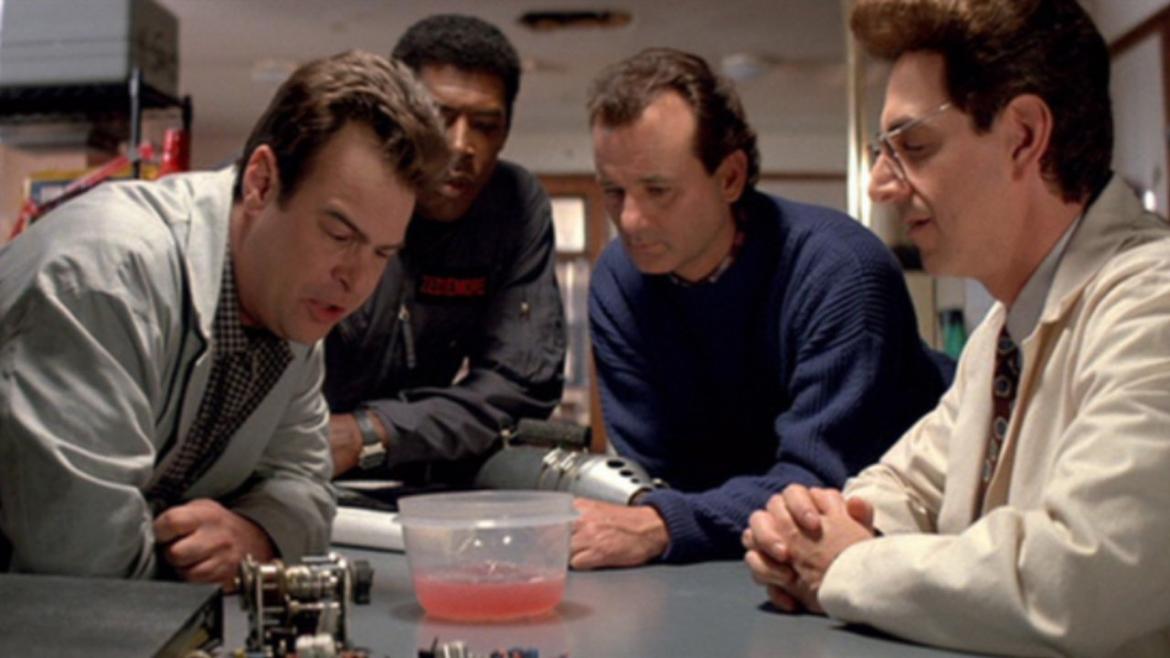 Ghostbusters II. When you read that film title, what does it make you feel? Does it make you nostalgic? Does it bring to mind a funny joke or a particularly memorable scene? Does it make you angry? Disappointed? Sad? Like many a comedy sequel before it, Ghostbusters II lives and dies by its attempt to recreate the magic of its predecessor. And a viewer’s enjoyment is thus bound, inexorably, to whether or not the film succeeds in that mission.

It’s been five years since the Ghostbusters faced Zuul, who became incarnate in the form of a hundreds of stories tall Staypuft Marshmallow Man. The defeated the ancient evil, saving New York, and causing catastrophic damage in the process. Ghostbusters II brings us up to speed pretty quickly, the gang has been forcibly disbanded, and slapped with a restraining order that forbids them from any sort of paranormal investigation. Egon has made his way back to the ivory tower, conducting research in academia, Peter is the host of a schmaltzy psychic TV show, Ray and Winston are driving the Ecto-1 to birthday parties where they are paid to show up in uniform and dance to their own theme song. It is a sad state of affairs. Dana Barrett is taking a break from being a professional symphony musician and is now employed at a presigious museum, restoring old paintings, so she can have more time to be the single mother of a baby that is not Peter’s. It barely makes sense to me too.

Ghostbusters II shares a lot in common with the original film, aside from the obvious; the costumes, the Ecto-1’s distinctive wail, plus the gang (even supporting characters are all back, minus the dreaded EPA agent). The problems begin to arise when the underlying story begins to be fleshed out. Zuul and his underlings have been replaced by a painting possessed by the spirit of an ancient sadistic killer and emotionally-manipulated slime that seems to be related...somehow. The two “big bad’s”, as it were, are pretty weak on their own, and don’t really seem to fit together in a way that really makes much sense once you start to poke at it.

The film also suffers, ironically, from the success of the animated television series which was released between the first and second movie. Several things were changed or shoehorned in in an attempt to keep the movie true to new elements which had been introduced in the cartoon. Likewise, efforts to make the film more child-friendly overall meant that a lot of the sexual innuendo and silliness from the first movie was toned down or cut altogether to broaden the appeal.

All in all, this movie is nowhere as bad as the haters make it out to be, and nowhere near as good as those fans bespectacled in rose-colored-nostalgia-goggles would have us believe. Like many comedy sequels before and after, Ghostbusters II is just fine, and that is alright.