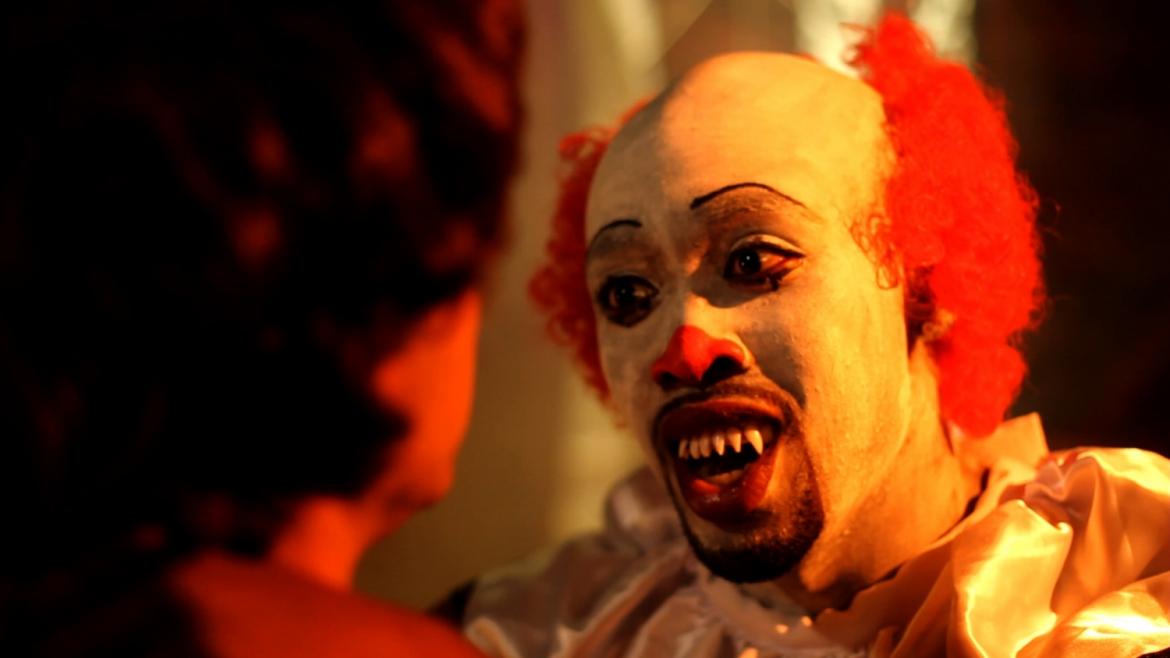 A movie revolving around a small, secluded town where Stephen King hides away from the world sounds promising. The focus around King and his influence on the town could bring about some interesting commentary or parallels to some of his best works like "Misery", "Under the Dome" or "It". That movie seemingly exists, however, not around the same focus or execution. You Can't Kill Stephen King attempts to set a story around a small cabin town that houses the elusive author Stephen King, but instead of yielding every possible positive aspect of that concept, the film just throws unwarranted and unrelated horror clichés at the screen.

Six friends: Monroe (Monroe Mann), Ronnie (Khalil), HIlary (Crystal Arnette), Nicole (Kayle Blogna), Lori (Kate Costello), and Lamont (Justin Brown) have decided to take a much needed vacation away from their typical lives. Monroe's lake house seems to be the perfect spot to get away, and all agree, especially Ronnie who holds the Annie Wilkes-esque title of "Stephen King's Number One Fan". Lucky for him, the adored author is rumored to live on the lake, but the townsfolk aren't going to budge on his whereabouts. In fact, they hold a sinister secret relating to King and the history of their town. As the friends begin to be picked off one by one in oddly similar ways to deaths in King's books, it's up to Ronnie to figure out who is performing these elaborate kills and who will be the next target.

With a premise revolving around a killer that enacts their sinister acts through King deaths, the film should have taken that and run with it. However, the different deaths are bland and void of any recognizable illusions to notable King works. The short stories and extremely obscure references are peppered slowly throughout the movie with great detail. When it comes to fun references, the only notable one comes from the boat the kids drive being called "Christine". Beyond that, it misses the mark. Director Ronnie Khalil makes some strange choices, including the one to constantly refer to moments from Stanley Kubrick's adaptation of "The Shining". It's famously known that King hated Kubrick's film due to its high level of difference from the novel. On top of it all, the most used reference goes to the "Ki ki ki ma ma ma" sound effect from the Friday the 13th films. I shouldn't have to tell you that that has nothing to do with Stephen King in the slightest.

Overall, You Can't Kill Stephen King is just a trial to get through. The Kind references, which are meant to be the most important part of the film, are weak and oddly chosen. The characters are about as literal as possible, even with little title intros for each character that are cringe worthy. With a run time of 90 minutes, it should feel like a fun, breeze through a campy idea. Instead, it's a laboring, negative view of King's work that would turn anyone off from looking at any of his great novels.