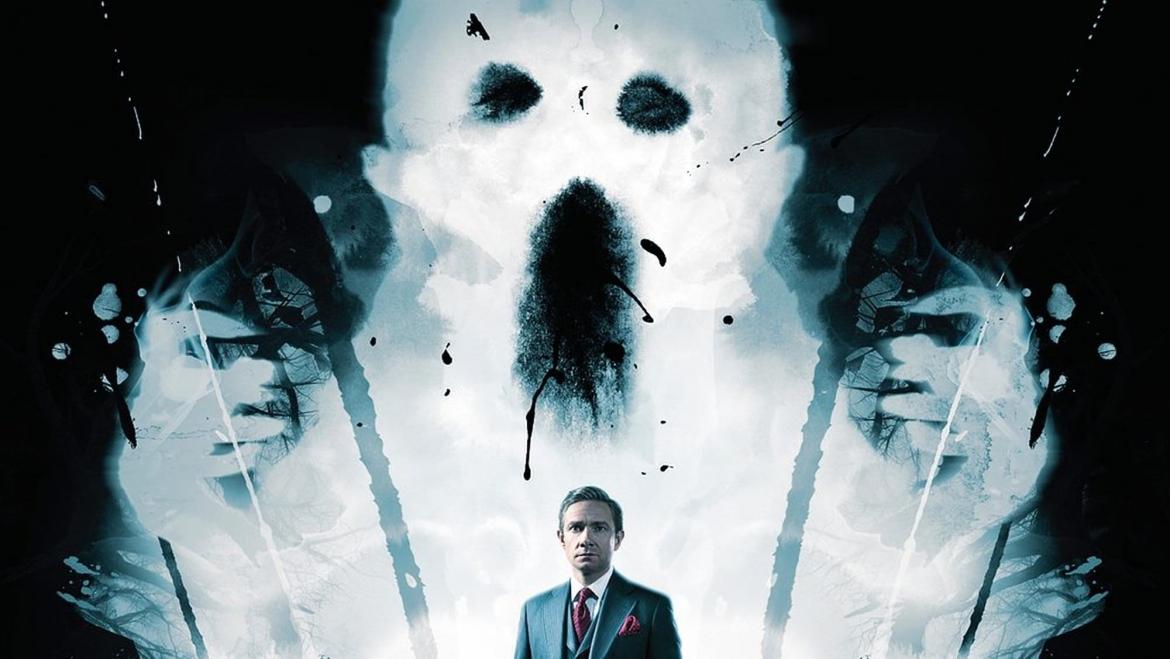 What do a bitter nightwatchman, a neurotic teenager, and a fast talking businessman expecting a child have in common? They are the anchors by which Ghost Stories manages to twist its anthology conceit in such a way that no matter how different, their experiences have a miraculous sense of connective tissues that begs audiences to re-watch the second it's over.

Regardless of one's feelings on the V/H/S series, the films sort of reinvigorated the horror anthology subgenre. Ghost Stories approaches the anthology in a similar way; by introducing a unique "wraparound" narrative and injecting three seemingly separate campfire-esque ghost stories before twisting the formula just enough to feel different.

Co-director Andy Nyman stars as Professor Goodman, a man who has taken it upon himself to debunk the paranormal and expose the frauds who use it as a means of profit. A chance meeting brings him face to face with his longtime hero who presents him with three bone chilling cases he could not solve, begging Mr. Goodman to disprove them. The first is a nightwatchman who is forever haunted by one of the last jobs he ever took. The second is a young man who is traumatized by a bizarre and terrifying hit-and-run. Lastly, a businessman preparing for his first child finds his home haunted by an unwelcome presence. Each story begins with Goodman tracking down the subject and asking them to recount their story. In-between we get glimpses of the skeletons in Goodman's past that are boiling to the surface.

All of these stories work better because they approach ghost stories from their stripped down primitive basics. We are presented with stories involving a run down building in the wee hours of the night with nothing but a flashlight, a kid alone in the woods who sees something he can't possibly comprehend or explain, and a dad anticipating the birth of his first child. The fear used to exploit the jump scares is as primal and straightforward as it gets, but they work because they are so entrained in our moviegoing DNA. Plus, they are short and to the point which allows for the wraparound to have its own time to breathe and inject something of a twist which only enhances what we've already seen and immediately implants the need to go back and pick up anything we might have missed.

The shock that kicks off the last act leads down a bizarre path making Professor Goodman's character arc much more intriguing. It's stage play mechanics become evident, both good and bad. The storytelling at this point becomes so chaotic that it comes off a bit clunky so as to avoid slowing down to dwell on any of the developments. Nyman's performance lends to its stagey leanings and its a delight to see Martin Freeman clearly having fun on the genre playground. The character intricacies of the main players in each story becomes something to reflect on as they bleed into Goodman's arc which adds a extra layer to the old school British frights.

Ghost Stories harkens back to the joy in just boiling down what scares us to its nitty gritty and then injecting just enough mind melting weirdness to tie it all together. The final product might feel deceptively plain at first while morphing into a horror anthology with lingering chills like the best of the stories we tell around the campfire.