Get the Girl (Movie Review) 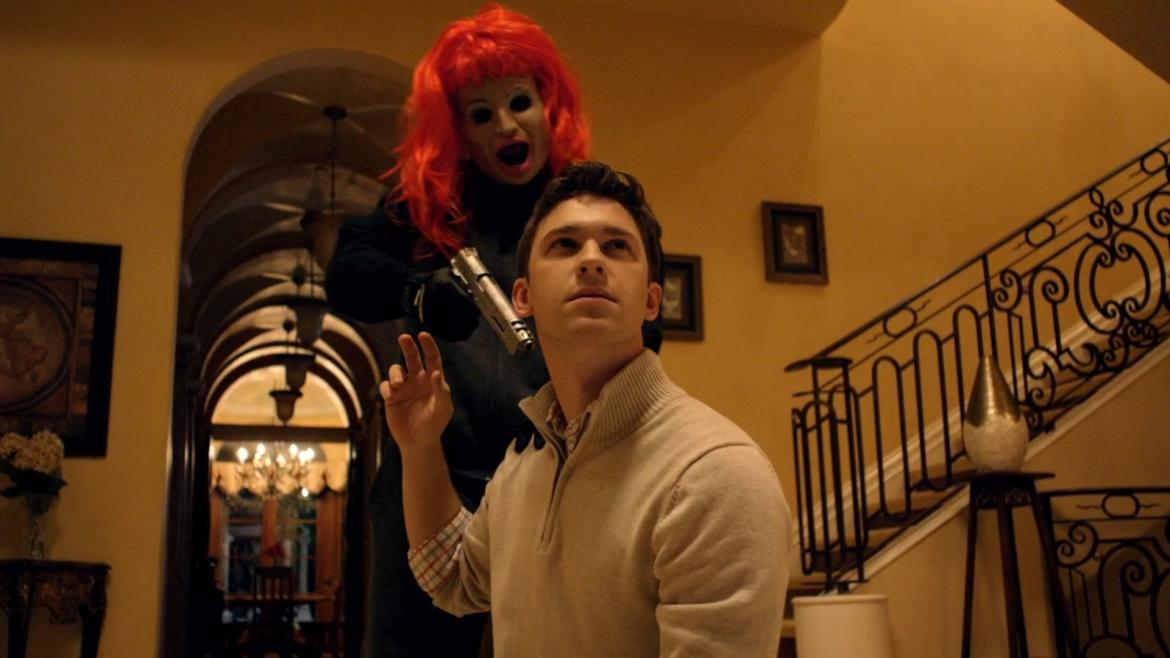 When a shy guy wants to impress the girl of his dreams, he naturally hires a cooler guy to kidnap said girl, right?

Clarence (Justin Dobies) seems to have a lot going for him; he’s a nice guy with a nice convertible Jaguar and a very nice LA mansion, but he doesn’t have the confidence to ask out the girl he’s been pining for, bartender Alex (Elizabeth Whitson). Night after night, Clarence hangs out at Alex’s club, but she has no idea who he is. So, he gets ‘ladies man’ Noah to help him out. Noah comes up with a plan to kidnap Alex so that Clarence can swoop in and save her, and the two will live happily ever after. But, as is always the case with crime comedies such as this, everything goes wrong and nothing is as it seems.

Get the Girl falls squarely into the sub-genre of crime capers in which fairly average people (rather than hardcore criminals) bungle their way through an illegal get-rich-quick scheme. In this case, Noah (probably best known by genre fans for his creepy role in the disturbing Deadgirl) and some friends try to make a fast $25,000 via a harebrained fake kidnapping scheme. As usually happens in these movies, the criminals are idiots and are fairly easily outsmarted by the abductee.

The cast is solid, with everyone seeming relatively believable in their roles, and the movie is well-made from a technical standpoint. Though not horror by any means, there are a few good gore scenes which are mainly the result of accidental shootings, with a deadly visit from a cop and a geyser of blood being the standout. The script is where Get the Girl is ultimately let down. Anyone who has seen one or two flicks like this before will easily guess how things will play out. And for a story billed as a comedy, there are few scenes that elicit much more than a mild chuckle.

Get the Girl is a bit of a throwback to the mid-1990’s when every filmmaker was trying to be the next Tarantino by mixing violence and comedy. Rather than creating the intended dark comedy stew, the result, more often than not, was little more than unappetizing sludge. Get the Girl is part of the latter camp; despite some positives, there’s just not enough comedy, suspense, and clever twists and turns to make it a very worthwhile experience.