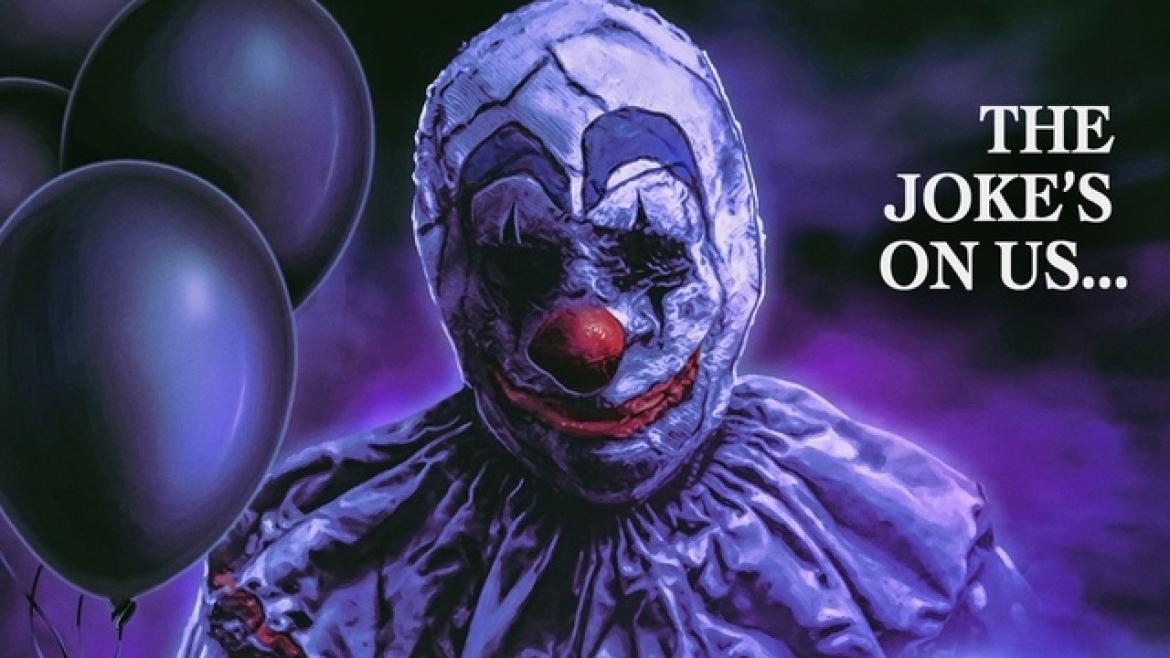 It’s a headline that most of us are familiar with by now. Incidents of a mysterious person dressed as a creepy clown started filling below the fold stories for several years in the 2010s. These stories have become so prevalent in the last few years, particularly around Halloween, that all you have to do is Google “clown sightings” to find a whole host of articles, from an article offering possible explanations to a map of all the reported sightings. So of course it makes sense that after a few years of creepy clowns being reported in the wild, we would get a horror movie about just such a thing.

Set in Green Bay, Wisconsin, Gags is an ensemble found-footage movie about the eponymous mystery clown who begins appearing around the city. The movie is stitched together from various sources and woven together as we watch a series of characters interact with the Gags-Mania that has swept the city. The main characters include a local reporter and her cameraman, two police officers, a trio of teens, and a conservative podcaster/social media personality and his assistant. The film also intersperses vignettes of Green Bay residents being impacted by Gags and the weirdness that seems to be descending on the city.

The use of the found-footage aesthetic in Gags may best be compared to The Bay in its execution. It isn’t often that we get a found-footage movie about a single event where we are given multiple sources of footage to follow. The strategy has mixed results in this case. Following the different sets of characters allows for more dimensions to the story and provides the audience a practical reason for the wider scope. A lot of the exposition is parcelled out between our various groups so that we always know more than the protagonists and this works to great results. The downside, however, is that the reliance on found footage can feel a little forced at times. When the feed cuts to a security camera or some other CCTV source the shots are far less affecting than the hand-held sequences.

Despite this minor drawback, and some wonky dialogue, Gags builds tension well. Its ability to do so, paired with some very affecting set pieces, make for a creepy experience. The opening sequence, for example, is one that will likely stick with me, along with a later scene where a character walks into a room full of black balloons.

If you weren’t afraid of the random clown sightings in your town before, you might be now!