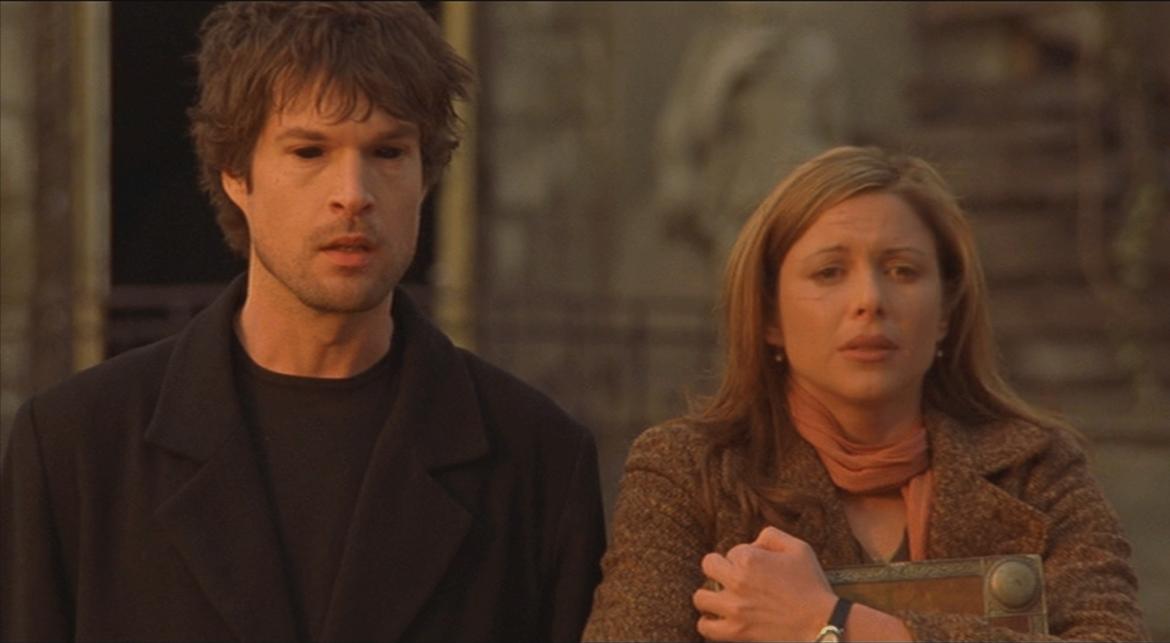 The Prophecy: Uprising, the fourth volume in the Prophecy franchise, is the start of a new direction. The most notable change is the departure of Christopher Walken, whose inspired turn as the archangel Gabriel had served as the series’ backbone for its first three films. The loss of Walken and the decision to discard many pre-existing plot threads are troubling. Add in the stigma of shooting sequels back-to-back (Uprising was filmed together with the franchise’s fifth film, Forsaken), and red flags about quality abound. While it will never be mistaken for a horror classic, almost miraculously, Uprising is a passable entry in the Prophecy canon.

Gabriel may be gone, but the angelic war he started in heaven is still afoot. The plot device that will definitely end the war this time is a religious text called The Lexicon. Aside from the fact that it’s writing itself, this book is also special because, upon completion, it will tell how the war ends. Thus, whoever has The Lexicon can try to change things if that end isn’t to their liking.

In possession of The Lexicon is Allison (Kari Wuhrer), a theology student in Romania whose dark past has left her scarred emotionally and physically. In pursuit of the book are the following entities: Belial, a fallen angel with the clichéd (genre-wise) ability to hop from body-to-body who wants the book because he finds the current state of conflict too confusing. Next there’s The Devil (John Light), who doesn’t so much want the book as he doesn’t want anyone else to have it. Also there’s an angel named Simon (Jason London) who communicates with Allison through the voices in her head and who wanders in and out of importance.

As a setting, Romania is sort of uniquely beautiful. It’s this harsh, beautiful juxtaposition of the gothic architecture of the past and a bombed-out, barren present. Screenwriter and first-time director Joel Soisson weaves these elements into his film often. Sometimes too often. The film end up getting pretty lost in a Romania-inspired backstory and it’s likely its viewers will follow suit.

Speaking of Light, he succeeds in the thankless job of following in Viggo Mortensen’s shoes as the series’ Devil by doing it in totally different way. Mortensen’s Devil was all barely-restrained rage coated in devious charisma. Light goes with a disarming, quiet intensity and an almost boyish charm and it works.

The Prophecy: Uprising does that infuriating thing sequels filmed back-to-back always do: it more just stops than ends. The story is often too-convoluted, relying on multiple info-dumps in an attemp to keep viewers in the loop. Still, The Prophecy: Uprising does enough well that, with the right set of lowered expectations, it can be considered a perfectly adequate sequel.