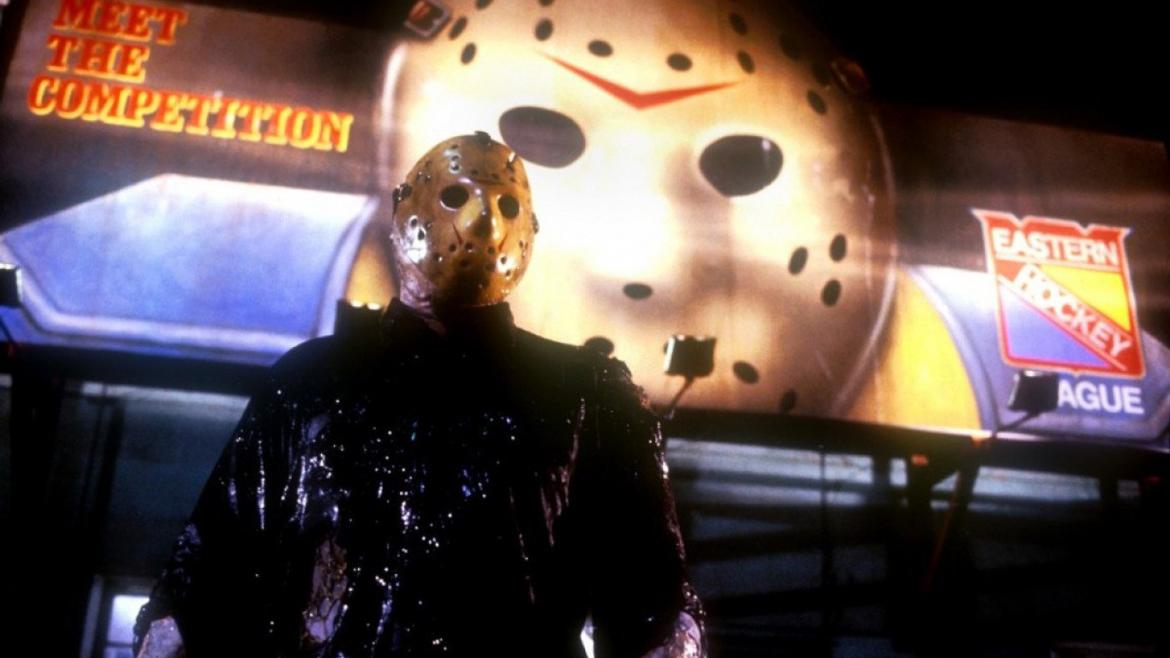 It seemed that every variation of camp had been disembowled by the time Friday the 13th Part VII: The New Blood hit theaters leaving the screenwriters to change up the dynamic and add some supernatural elements to entice audiences. Once Jason was put back in the lake and ready for another story, it seemed that the only option was to take him out of his typical woodland setting and put him where the cool kids crept: New York City. An interesting entry in the series, Friday the 13th Part VIII: Jason Takes Manhattan offers a concept that has every ounce of potential for an over the top, crazy good time. Jason finally exploring and slashing through a real city with real people smelled like a true winner for fans of the franchise. However, if box office is any indication, Jason skirting the streets of Manhattan didn't pull in the revenue he needed for that Upper East Side loft. This was also the entry that caused Paramount to sell the franchise rights to New Line Cinema due to its money making powers losing its strength. Despite these meta facts, the film has qualities that feel like a true Friday the 13th film but with Jason in a different setting. The problem is that once Jason arrives at the title location, the imagination and potential gets pushed so far down that not even a bolt of lightning could ressurrect it.

Previously on Friday the 13th, Jason had been bested by his supernatural teenage foe and pulled down into the abyss that is Camp Crystal Lake. Some time later, Jason once again asleep on the bottom of the lake finds himself pondering what to do with his remaining days. Thankfully a flash of an idea struck him in the form of an underwater powerline surging electricity through his veins. A large yacht heading down the fabled deadly waters struck the powerline with its anchor leaving the two teens stuck on the boat and also with an even bigger problem in the form of a hockey masked zombie. Enjoying his taste of the nautical life, Jason boards a cruise ship housing a high school senior class on their way from New Jersey to Manhattan as part of their graduation prize. Rennie (Jensen Daggett) takes the role of final girl on the doomed voyage by constantly having hauntings of young Jason drowning. She finds solace in the arms of Sean, the captains son, as Jason begins to pick off student after student aboard the ship. Once the crew and a majority of the teenagers are gone, the remaining survivors, including Rennie and Sean, steer a lifeboat to the shores of New York for a whole new playground for Jason to chase them through. As the tag lines read: New York has a new problem. The Big Apple's in BIG trouble.

The aspects to the film that work all take place within the first boating kills. The two teens making love and fooling around on their yacht too big for a lake actually feels like a typical Jason starring story. Once the plot moves onto the S.S. Lazarus (a boat name that does not inspire safety) it starts to feel like a desperate attempt to do something different. Variations on the Jason mythos are welcomed and having a new location is not the problem, seeing as how Jason warping into space in Jason X delivers a great sci-fi romp. The problem here is that the story tries too hard to connect itself to the past. Rennie has continual flashes to young Jason drowning but the reason behind those visions is never explained. Is this girl a clairvoyant or is she simply insane? Plot has never been a strong point in the series, however many of the previous films used the plot to embrace the cheesey goodness of camp. This iteration seems to want to strike fear when it should be striking funny bones. Once the plot moves into Manhattan and Rennie is attacked by two drugged up rapists, the chance for humor is out the window. Jason stalks only after the two main teens in a city filled with the largest population he's ever encountered and never goes on the rampage that the title Jason Takes Manhattan practically promises. Jason could have attacked a Broadway show or crashed a subway line to win the title of truly taking the city. The choice to focus on "horror" makes the film seem dull and lifeless as seen through a final chase in an acid filled sewer.

It's a difficult ride in this entry as it has its moments of good kills, such as the guitar toting rocker getting impaled on her axe, and light attempts at humor. A majority of the film is spent trying to tie the lead heroine to Jason when audiences just wanted to see the hockey masked anti-hero give a piece of his mind to the East coast city folk. Overall Friday the 13th Part VIII: Jason Takes Manhattan has a better title than the content it holds and doesn't understand its need to push the envelope on the humor.

Most Creative Kill: Whenever Jason gets a chance to truly dismember a person he shines. The best kill has to go to Julius the boxing champ and his final fight in the ring. Feeling like he has found his ultimate opponent, Julius continually punches Jason in the face in the hopes of bringing the killer down to size. After a valiant effort of making dents in the mask, Jason pulls back one blow and knocks the head right off of the prize fighter. A punchline that was waiting to happen ever since Julius was set up as a boxer.