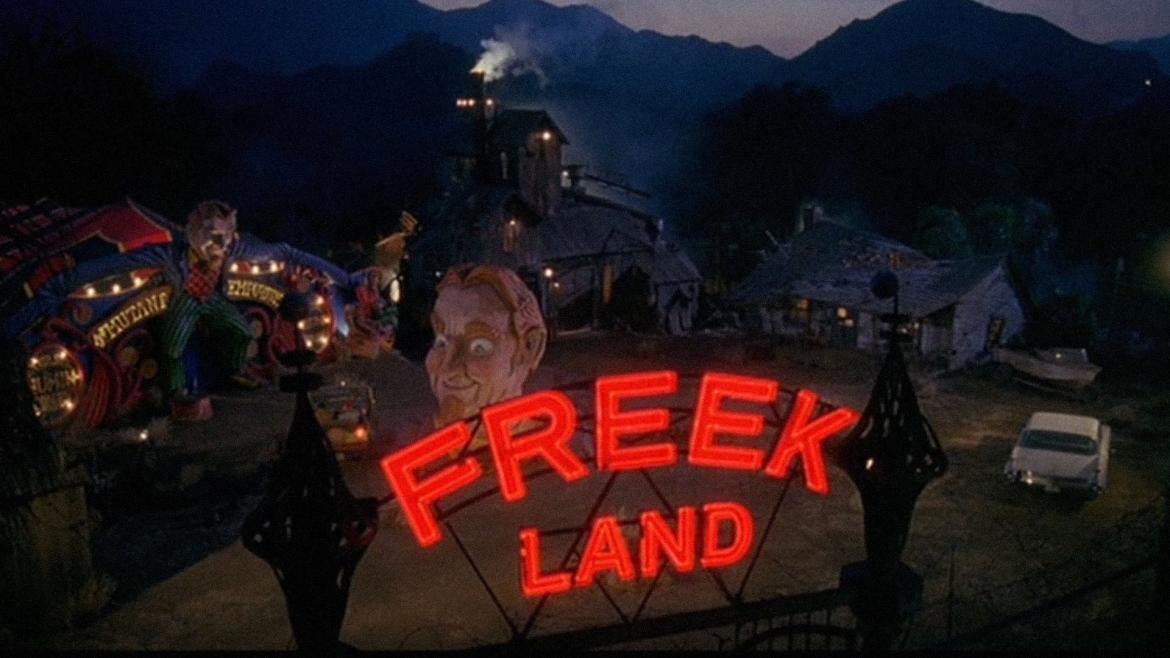 Mike Judge’s insistence that a TV show (or movie) about dumb people is not necessarily a dumb show is now an unchallenged truth of our winking, snarking times, but before South Park and The Simpsons were racking up Peabody awards, it was a contentious and even defensive thing to say. The MTV produced, gonzo horror comedy Freaked represent an early plunge into this variety of low-brow wit, weaving hilarious self-awareness with cringe-inducing crapitude in scene after scene.

Freaked opens on the set of Skye Daley’s (Brooke Shields) popular daytime talk show, where she’s interviewing a notorious child star turned “hideous mutant freak,” Ricky Coogin (Alex Winter, who also wrote and directed). Well, let’s back up--the movie actually opens with an announcer proclaiming “the flying gimp has been destroyed; you may return to your homes,” and if that’s the kind of absurdist non-sequitur you like in your humor, it’s an omen of good things to come.

Ricky--seen only in misshapen silhouette--regales his audience with the story of how his stint as a international courier for an evil pharmaceutical company led him to the Dr. Moreau-like Elijah C. Skuggs (Randy Quaid), a showman who traps victims at his “Freek Land” attraction and turns them into the main events. The early scenes can be bumpy and even unfunny, but the movie really hits its stride when Ricky and his traveling companions Ernie and Julie are mutated and forced to team up with a band of freaks that includes Mr. T., Keanu Reeves, John Hawkes, and, in the performance of his career, no doubt--Bobcat Goldthwait as a man with a sock puppet for a head.

Freaked draws from the likes of Kentucky Fried Movie, with the style of contemporary gross (and mostly bad) horror-comedies like Nothing But Trouble or Highway to Hell, but it also feels like a major step forward for the shocking, sorta-smart anti-humor that many movies and series are now fluent in (and awarded for). The gags are so dense and the risks so absurd that things are bound to fall flat--a Bob Vila cameo is so painfully, worthlessly terrible that I’m still mad about it, and the Mr. T-as-a-woman subplot is best relegated to the dustbin of film history--but Sockhead, the gun toting eyeballs “Eye and Eye,” and a disgusting climactic monster battle should be recognized as the cult classics they are. The petulant “because we felt like it” energy behind most scenes keeps everything buoyant, even when the gags themselves don’t work.

Freaked attracted some accolades in early festival screenings, but studios weren’t sure what to do with it, and it went virtually nowhere once it hit theaters. Apologies to everyone who likely went broke during the production, but maybe that was for the best. Had it been the hit it could have been, just a few years later, it likely would have spawned some hideous rip offs (I’m so glad I don’t live in the alternate universe where Rob Schneider or Adam Sandler got their hands on a script proclaiming itself “the next Freaked”). Instead, it’s a little seen gem begging to be watched and rewatched in the wee hours under the influence of your choice.