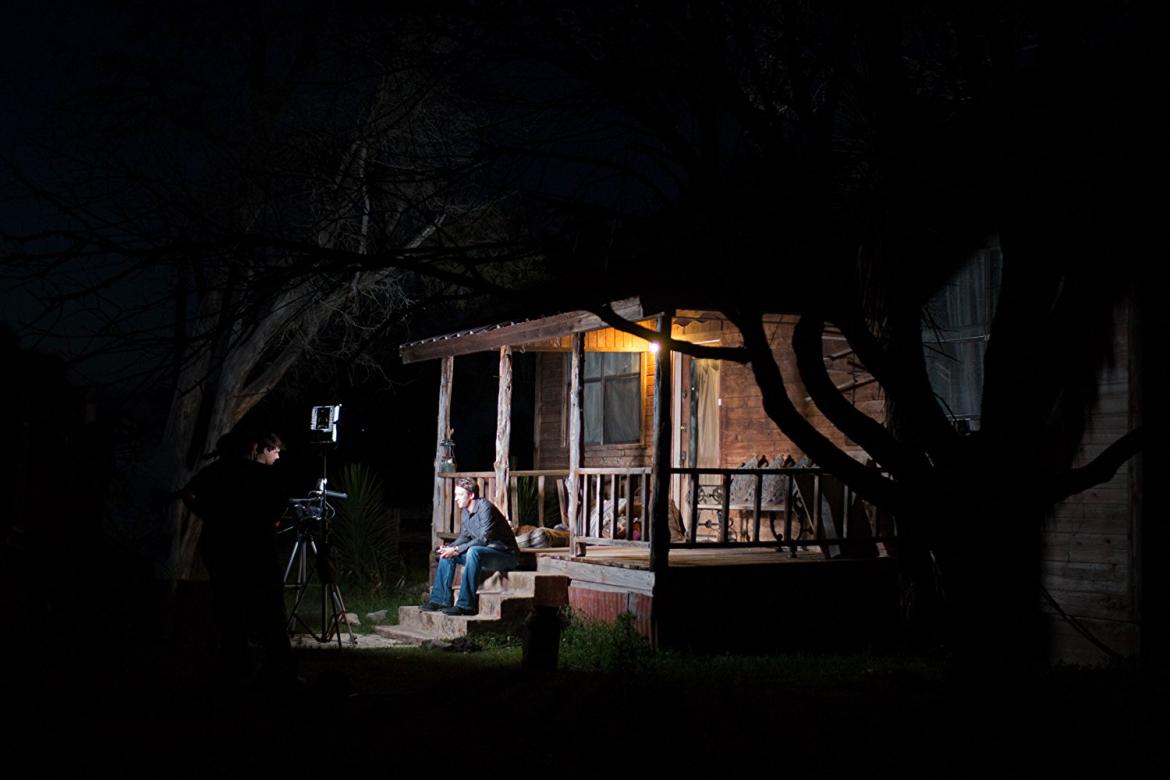 After almost twenty years and innumerable films, the found footage subgenre has become more than a little bit stale; a real hot take, I know. The category has become so “well-trod” that even the criticism and review of the myriad films is becoming wrote and repetitive. Talking about all the things that one of these movies does wrong can be hard to do without parotting oneself. Needless to say, it is exciting to see a movie that plays with the form not only because the watch is more fun, but because it means that sitting down to write the review will be that much easier, and that is a beautiful thing.

Found Footage 3D is one such gem. As its title may suggest, this film is available in a three-dimensional format, should you have the equipment to watch it that way. For the purposes of this review, however, I felt it was important to tell you that I enjoyed this film in the standard 2D.

Despite its generic name, Found Footage 3D is not just your run of the mill found footage movie. The film follows a small independent movie crew who hole up in an abandoned home to work on their latest project. If reality shows have taught us anything, it’s that putting a group of people in a stressful situation and adding cameras is a recipe for disaster in the best of circumstances, but once we throw in the complicated interpersonal histories between our cast of characters, there is more than enough there to create believable drama, even before any ghosties show up. And, unlike many horror films in general, this one provides us with characters that largely feel not only believable, but likeable. It is possible to relate to many of their struggles and frustrations throughout. By doing so, the movie does something that many before it have struggled to do; namely to simply keep us from being repeatedly pulled out of the experience by the absurdity of the characters and situations.

The story is painted in meta layer upon meta layer. Found Footage 3D is a movie, about a fictional movie crew, who happen to be filming a fictional movie called Spectre of Death. The fake film at its core is about a couple, whose marriage is on the brink of collapse, that goes to a secluded cabin to try and mend their relationship. The two leads in this story are Derek and Amy (played by Derek and Amy, played by Carter Roy and Alena von Stroheim) who are in a strained and failing marriage, and have traveled to this secluded cabin with the rest of the crew to make a movie. The blurring of these lines allows for the filmmakers to make it unclear to the audience when what we’re watching is “real” and when it isn’t; a tool which is used to great effect.

Another point in its favor is the way that the movie plays with the viewers ideas and expectations about the form. Instead of playing to the lowest common denominator, the story is predicated on the idea that the audience is likely well-versed in genre tropes and foibles. Our director, Andrew (played by Tom Saporito), acts as an audience stand-in and expert much in the way that Jamie Kennedy does in Scream. Within the film’s first act, he even brings up the Jon  Schnaars rule (though he doesn’t call it that), by outlining that the film must justify first, why the characters are filming the events at all and second, why they don’t stop filming when things go bad.

Found Footage 3D is far from perfect. The acting can be uneven at times and the CG effects show their budgetary restraings, but that should not be the take away here. On paper, nothing about this movie should work. A found footage movie, in 3D, that is openly meta and commenting on the tropes sounds like a recipe for disaster. Many an Icarus has flown too close to that sun, only to have the cellulose “wings” warp and melt in the heat. Against all of these odds, however, this movie prevail; and as someone who thought I’d never be surprised by found footage again, I’ll take it!

The Other Side of the Door