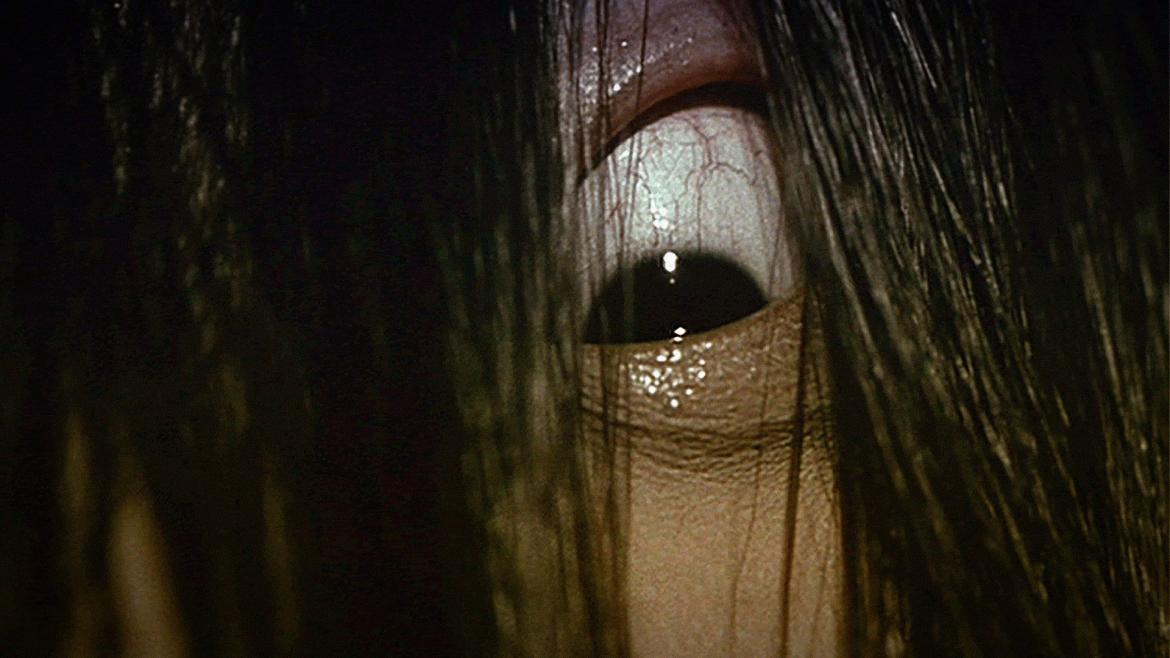 At this point, it is unlikely that the name or even the plot of this movie will be unknown to our readers. Even outside of the horror community, the well-known American remake of this Japanese film became an incredibly ubiquitous piece of pop culture. The story of a VHS tape that leaves a string of bodies in its wake and the soggy girl who comes for its viewers has been parodied to the point that it has lost most of its punch. But the fact remains that Ringu was and is an important film both in Japan and everywhere.

For those who haven’t seen the original film that to took hold the horror community at large, it’s story arc is very similar to its American counterpart. A cursed tape is making the rounds (get it?) and if once you see it, you have seven days to live. Once her niece falls victim to the tape, a young reporter watches it herself and has to try and solve its mysteries before her time is up, wrangling her ex-partner for help in the process.

As a product of a pre-Y2K era, this film certainly feels dated in places. It does not feature the horrifying death masks that appear in the American remake, favoring grayscale freeze frames of victims horrified expressions instead. The sound design, likewise, while feeling totally on point in certain scenes may come off as totally overwrought in others. The places where this film works however, it really works. In a particularly tense scene Ryuji sits on a bench in a crowded park, trying to sort out the mystery. Several shots show innumerable pairs of feet hurry by on their way to and from work, until one pair of feet (a woman's feet) slowly approach him and stop just in front of him. While the camera focuses on the feet of the mystery woman, all the sound in the film drops away as Ryuji asks, "Is it you?" But when he looks up, of course, there is no one there.

Where this film really shines, by my estimation, are the places where it differs from its eventual remake. The largest, and perhaps most interesting of these differences, however, is in the way that the young girl at the center of the film (Sadako vs. Samara) is understood and how the couple trying to get to the bottom of the story interface with the information they receive. While the Western remake relies on tropes of typical investigation—such as pulling records at mental hospitals and interviewing potential witnesses—the original film takes on an approach that may feel much less traditional to American audiences. Sadako’s mother was a powerful seer, and she had powers as well. Ryuji, as a sensitive person himself, is able to feel impressions left by Sadako and her pain, allowing him to have visions of things that happened to her. The theme of psychic ability and the presence of spirits plays an important part in the original film, and is missing from the remake in a way that leaves the script wanting.

The two films make for several interesting comparisons, and a back-to-back viewing would definitely be advisable, but it you don’t have time for that, check this movie out. It’s historical value alone is worth the watch!