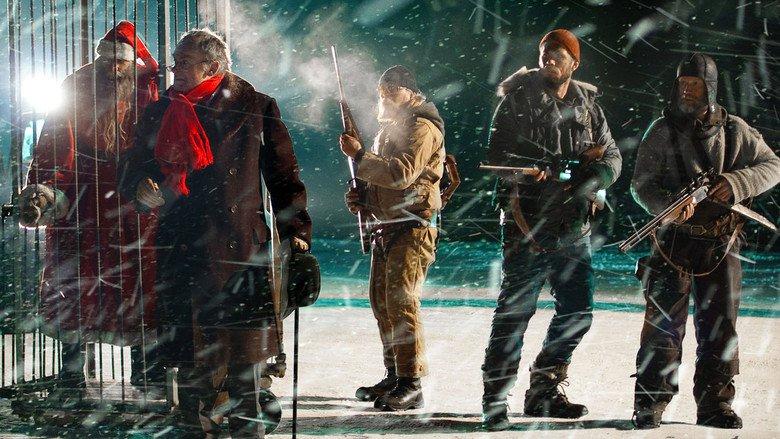 Bad news, everyone: Santa really is just all of our parents. However, that only recently became the case according to the premise of the 2010 Finnish dark fantasy Rare Exports: A Christmas Tale. See, the real Santa Claus was actually a monstrous being who reveled in punishing naughty children. Eventually parents banded together to kill him. They buried him under a mountain in Finland and assumed a friendlier and a more gift-oriented version of his old role.

Very early on, Rare Exports feels a bit like a Toho monster movie. A creature – in this case Santa – is uncovered during a scientific excavation and it proceeds to attack the surrounding town. Where it differs is that this monster isn’t a giant pterodactyl or fire-breathing lizard so its attack doesn’t involve stomping buildings and toppling landmarks. Instead, the recently uncovered Santa silently creeps about, murdering the village’s main food source (reindeer), stealing supplies and, eventually, kidnapping all but one of its children. That last child, Pietari (Onni Tommila), was saved when Santa got stuck in a trap the boy’s father, Rauno (Jorma Tommila), set to catch wolves. It’s when Rauno, along with a few other men from the village, decide to try to profit off thier catch that the movie hits us with its big twist.

Two words that perfectly sum up Rare Exports are "wonderfully imaginative." The vision of writer/director Jalmari Helander is the movie’s most valuable asset. On the page Helander builds this weird, fun story where beloved holiday icons are twisted into something darker and then translates that beautifully on to the screen. His sharp eye is compounded by the already-gorgeous if harsh landscape of the Arctic Circle.

Helande’s movie hums along, never once getting bogged down in the complexities of its world-building. The audience is simply dropped in and given the backstory as we go. This swift pace works for and against it, however. The movie runs a mere 76 minutes not counting credits. As a result, occasionally things feel a little too easy. This is especially evident in the climactic moments where Pietari, Rauno and a few other townsmen are doing battle with Santa. Their plan goes off almost completely hitch-free. Rare Exports may have been better served by slowing things down and throwing a few road blocks in their way to build up the tension.

The cast, headed by Onni Tommila, is very good. Children don’t have the best track record in horror (or horror-ish) movies to begin with, and Pietari is a wise-beyond-his-years type that can easily become very annoying. However, the younger Tommila is able to expertly handle the role. The fact that he can order around a crew of macho reindeer herders during the third act and it never once elicits a role of the eyes is a testament to his talent. The elder Tommila also shines, managing to bring some tenderness to a character who has spent his entire life in one of the most rugged places on Earth.

Rare Exports is an endlessly appealing, Christmas-flavored blending of monster movies, the action and wit of Raiders of the Lost Ark and even some of the atmosphere and menace of John Carpenter’s The Thing. The only thing keeping it from being truly great is its reluctance to stick around a little longer. But as far as complaints go, not getting enough of a movie must mean it’s doing something right.