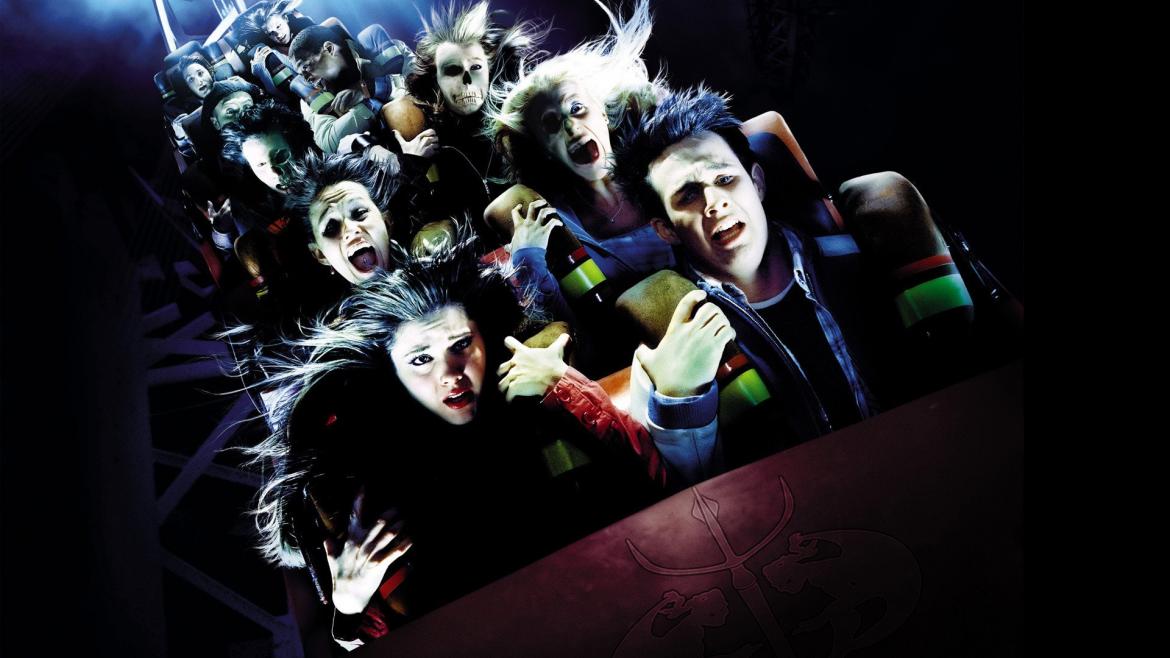 One step forward, two steps back- or so the saying goes. Such is the case with Final Destination 3, except instead of taking long and slow steps back it settles for being second best of the first three entries. Director James Wong returns to once again shakily handle a bleak tone and pitch black comedy, while still delivering some of the series' most brutal and gory kills

This time around Wendy (Mary Elizabeth Winstead) is enjoying a night out at an amusement park with friends and taking pictures for their upcoming yearbook. The night takes a deadly turn when they all climb aboard a doomed rollercoaster that malfunctions and flies off the tracks. Sure enough Wendy wakes up after the crash to find herself sitting in her seat reliving the moments before the crash and is able to get off along with a handful of others before her premonition comes true. What happens next? You guessed it, the survivors all start to die off one by one in horrific accidents in the order they would have died on the rollercoaster.

It's tough to imagine the script writing for these movies to be anything more than a cut & paste job followed by some name changes and tweaks to the opening disaster scene. Aside from that pretty much everything in Final Destination 3 has been done to death- if not by other movies not named Final Destination, then by the other two (or four if you count the next two sequels) that are. That's not to say it doesn't have its moments. The brutality of the deaths and the gore is cranked up to eleven, but Wong still can't seem to balance the black humor with the relentlessly bleak tone. Being dark isn't a bad thing either, in fact it works in the film's favor during the finale, but characters still churn through some woeful dialogue and awkward jokes along the way. Final Destination 2 somehow made that exact same complaint work in its favor, but this movie just can't quite find that same "magic."

Moving from one Final Destination movie to the next is kind of like comparing apples to apples- most taste exactly the same from one to the next, but smash them between two malfunctioning weights and they'll still make a mess. On any given day the order of what entry is better than another could be up for debate and this sequel, like the entries before it, is just as silly and by the numbers. In the end Final Destination 3 is a step back only because it fails to innovate and differentiate itself from the pack. The kills are top notch and over-the-top, but that isn't nearly enough to take it to the next level.