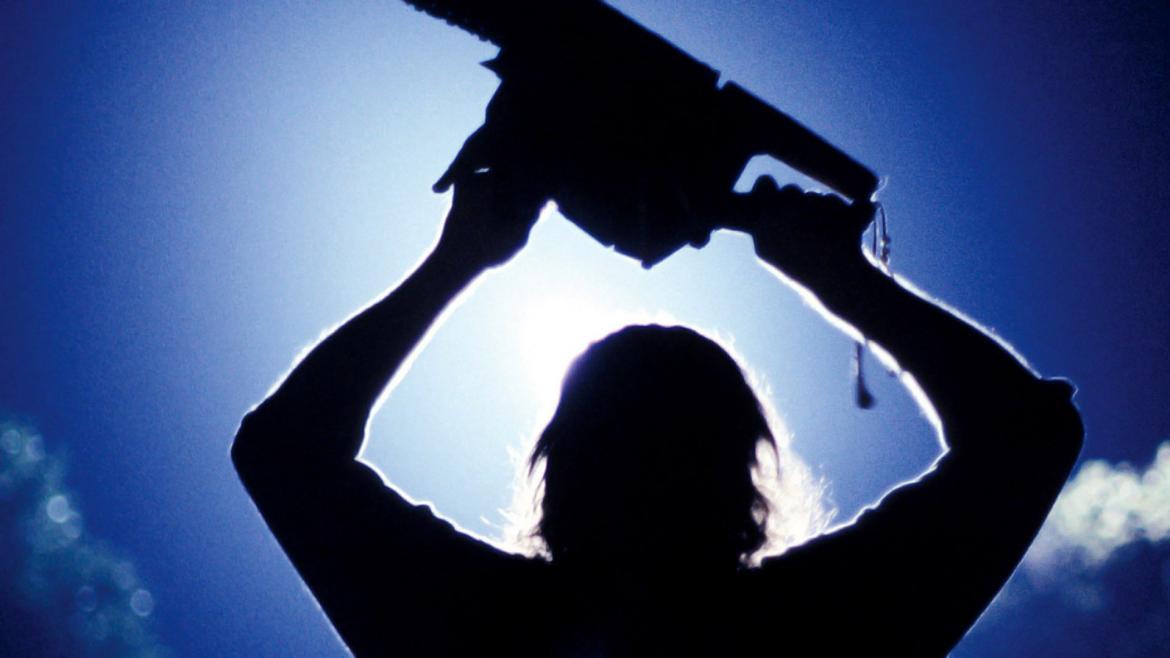 The first two films in the Texas Chainsaw Massacre franchise gave a fresh approach to the slasher genre by having the antagonist as a family unit rather than a singular killer. As their presence in the horror universe began to compete with the likes of Freddy and Jason, the cannibalistic clan had to find a new way to market their brand of horror. What made the other popular slashers of the decade stand out was having a face and icon to give audiences something to run to theaters to see. Writer David Schow and director Jeff Burr attempted to revitalize the Chainsaw franchise by putting one member of the family at the forefront. What better character to exploit as the leader of the killer Texas family than Leatherface himself. Leatherface: The Texas Chainsaw Massacre III delivers the chainsaw weilding maniac fans had grown to love as the lead killer, but drops the focus and falls back onto the typical family style killing with little to no fun at all.

Recently separated couple Michelle (Kate Hodge) and Ryan (William Butler) are driving from California through Texas to finally put their relationship to an end. Passing through a security checkpoint, they learn that a killer has been prowling the countryside and leaving dozens of dead bodies in his wake. As they are about to leave town, they visit a gas station run by Alfredo (Tom Everett) who is related to the killer on the loose. A hitchhiking good samaritan named Tex (Viggo Mortensen) saves the young couple and helps them escape. They eventually run in with Leatherface (R.A. Mihailoff) and are saved by a lone survivalist named Benny (Ken Foree). As the three navigate the backwoods of Texas, they have to find a way to survive the notorious chainsaw slasher while keeping their sanity in check.

When it comes to horror tropes, this movie is replete with them. The seemingly good samaritan that Mortensen plays ultimately becomes a member of the killer clan, the young couple is trudging through a romantic fued, and the number of likeable characters is at a minimum. The advantage that the previous two Texas Chainsaw Massacre films had was in their ability to give a fresh take on the slasher genre. While part two wasn't exactly a straight forward horror film, it delivered the camp and gave varying performances from likeable characters. This Leatherface stand alone attempt seems to want to follow suit with the other copy cat slasher films of the decade and pack in as many cliches as possible. The entire concept of having Leatherface as an icon is also dropped halfway through the film. Once Mortensen reveals his involvement, the family dynamic returns and Leatherface becomes less important than he has in previous films.

The other major sin that this film creates is by focusing the protagonist story around Michelle and Ryan. They are both characters that are contemptible in their own rights, and at one point Michelle even leaves Ryan to die. Benny, played by Ken Foree, was a much more positive and likeable presence while maintaining a level of toughness that's needed to take on Leatherface. If the film had followed his story it could have been an interestin hybrid of slasher and action, much like Predator or Aliens.

There are not many positive moments to point out in the film, and the only truly redeeming aspects rest within the casting of Viggo Mortensen and Ken Foree. They each give the film their all which helps the movie feel less unbearable. The attempt to make Leatherface the slasher icon he should be was not successful in the hands of Schow and Burr, but the verdict is still out to know if Leatherface could be a titan like Freddy or Jason.