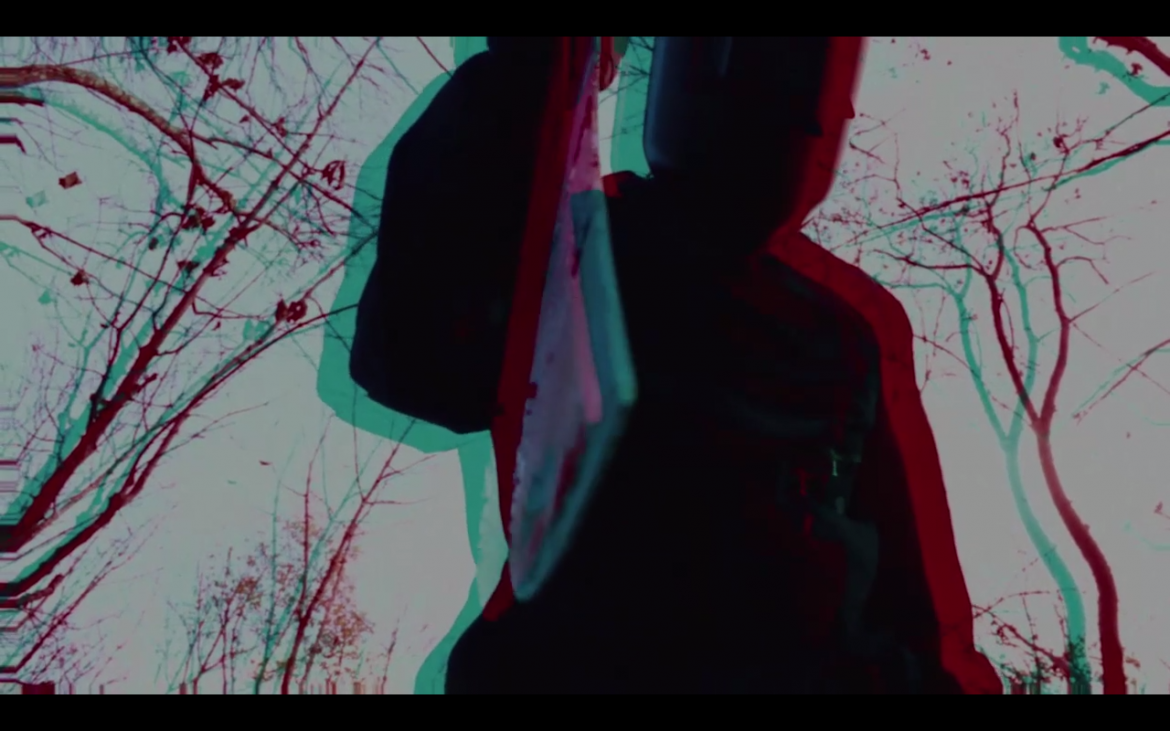 There is a place where, one day a year, all of the best (and worst) horror tropes come out to play. That day is St. Blevin's Day. That place is Fear Town, USA.

Fear Town, USA is the first film from duo Brandon Bassham and Reynard Alli of Annum Films, a small, independent production company based out of New York City. This absurd horror comedy takes place in a fictional town which, based on the license plates, is somewhere in New Jersey. The film follows several interwoven storylines all centering on a St. Blevin's Day party. What is St. Blevin's Day, you may ask? It is a holiday named for a mythical man who purportedly lured a large group of Polish children to their deaths in the ocean. The opening of the film features a couple making out in a parked car only to have their sexy music interrupted by a radio announcement that an escaped mental patient is at large. From there, Fear Town, USA takes on just about every trope in the book: a group of nerdy friends hoping to get laid, douchey bros calling everyone a "fag", creepy cults, the ghost of a dead sorority girl, and several more. The end of the film also gives a blatant, albeit twisted, nod to cult classic Sleepaway Camp that is both hilarious and gross.

If there is one thing you should know going into this film, it's that the production values are low. The camera quality and editing are not the seamless work you'd expect from a studio film. That being said, if you can get past this, the movie is a blast. The acting varies, but none of the featured players are downright terrible, and a great number of them are really good. As far as the comedic moments of the film, unlike many that aspire towards satire then end up just regurgitating tropes, Fear Town, USA  is very thoughtful about critiquing and subverting the status quo. Despite it's lack of resources, I found it to be much more enjoyable than most of the Scary Movie franchise pieces, or the films that followed in its footsteps. This picture is made for horror fans by horror fans.

Within the spectrum of low-budget horror films, particularly those that aim for comedy, there are far more duds than not. If you are looking to see what this genre looks when done well, check out Fear Town, USA, streaming now on Vimeo.