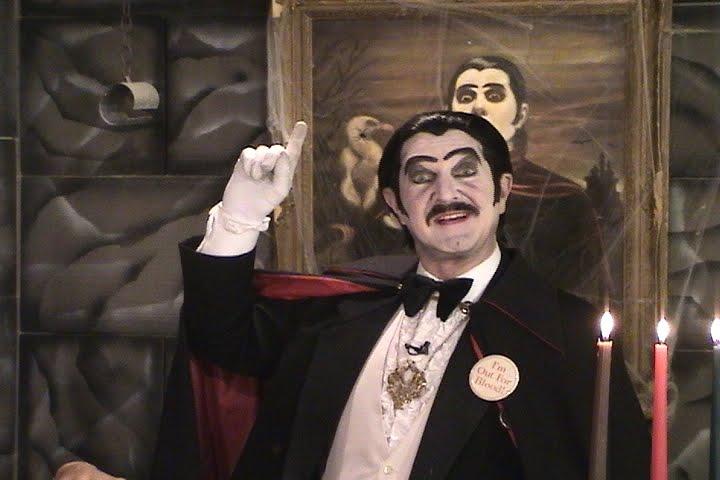 Every Other Day is Halloween (Movie Review)

When I say the name "Count Gore De Vol," I'm sure many of you might scratch your heads a bit and wonder who I'm talking about. If you're a horror fan from the Washington D.C. area though, you would know in an instant. The Count has been one of the longest running and hardest working horror hosts out there. In "Every Other Day is Halloween", we get an insightful documentary on the man and his history -- from a small time local TV station to his current home on the web where he's still inspiring a legion of horror hosts across the country.

If you grew up throughout the 70's and possibly the early 80's, chances are you had a local horror host that showed the worst of the worst of public domain horror movies. In central Indiana we had the greatSammy Terry who entertained kids and adults for years. After watching "Every Other Day", you may discover that the Count has been a highlight of the horror host scene for as long as anyone in the biz.

Documentaries can be a dry lot to deal with, especially on a subject you might not be familiar with. "Every Other Day" does not suffer from this problem. Packed with history and info of the man behind the makeup, it is a great little trip down memory lane and the inner workings of the horror hosting game. Though I have only become familiar with the Count in the past few years, it was great to sit down and watch his rise to fame as the D.C. area's preminent host. Here you'll also find a cadre of other personalities talking about how this man inspired them to carry on his tradition, and it is fairly touching to see their admiration come to the screen.

One of the greatest aspects of "Every Other Day is Halloween" are the moments where we see Dick Dyszel himself talking about his years in costume as the Count. From his early beginnings as the D.C. area's Bozo the Clown, Channel 20's science-fiction-hour host Captain 20 to the Count himself, Dyszel was all over the airwaves on nearly every thing Channel 20 put out. Despite all the hard work, you can see the true love that he holds for his time hosting horror movies and everybody who makes an appearance on the documentary comes across the same. You'll find testimony form such characters as Penny Dreadful and Carlos Borloff and even such people as comic book writer Steve Niles who wrote "30 Days of Night" and Jeff Krulick who directed the classic documentary "Heavy Metal Parking Lot."

Even if you've never heard of Count Gore De Vol, this is a worthy watch simply to see inside an important part of horror history. Throughout the 60's and 70's, many of the movies that we call horror classics now would never have become as widespread if it wasn't for the hosts presenting the films on the late night creature feature. It's a bit of history that simply isn't as widespread now as it once was, which is sad. Thankfully we have someone such as Dick Dyszel who is helping to spread the cult of horror hosts around the country and is always willing to help the newcomers to the fold. Even though the Count may not have been your local host, if you've ever spent a late night watching various monsters destroy cities in black and white hosted by some kooky personality or another, you'll love this insight into one the strangest and most beloved careers out there.

A great documentary here folks. Watch it, you'll love it.