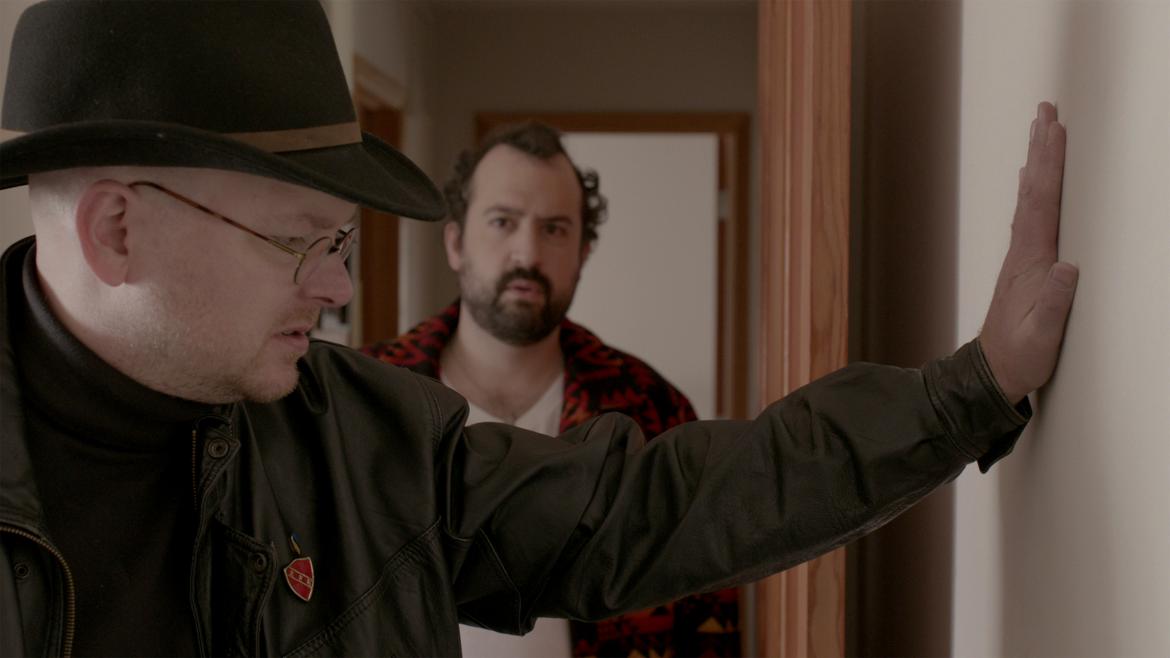 Personalities clash when a desperate family man enlists the services of a socially challenged exorcist to rid his vacation home of potentially malevolent spirits in, Another Evil. Much in the same vein as Creep, Dan (Steve Zissis) finds himself increasingly suspicious and weirded out by Os (Mark Proksch), a highly recommended exorcist dealing with profound personal demons of his own.

Billed as a comedy, Another Evil's comedic charms are of the pitch black variety. There are few times--if any--you will find yourself laughing under normal circumstances. Os is a deeply flawed individual with less than stellar social skills who, at first, seems like an overly confident jerk. As the onion peels though it turns out that underneath his somewhat abrasive first impression is a damaged man possibly on the verge of a nervous breakdown. Proksch often plays it pitch perfect even as his acting suggests that perhaps some of his dialogue was ad libbed.

The first two-thirds is dedicated to trying to pin down his character and if he's for real or not--often times he seems legit, others he comes of like a scam artist. However, as the audience we know there are spirits at play as Dan sees their physical manifestation from time to time--so it's up to us to decide if Os is really a machination of help for the family man, or as the title suggests just something else evil in the house he'll have to deal with. The finale drives it all home as a sometimes meandering film becomes something much more palatable to genre fans, though still not what you would typically expect from even a dark comedy.

Off and on Silicon Valley writer Carson Meil writes and directs his own script, which as previously stated often seems like a rough outline as the actors often feel like they are ad libbing their dialogue based on the situation they are in. It's a mildly concerning aspect that lingers throughout the film considering the high quality of writing and comedy that consistently pumps out of Silicon Valley--still, it's a nitpick nonetheless.

Another Evil is a commendable effort for a first time director looking to earn his wings. The tone is often tough to nail down and an extremely uncomfortable monologue right at the halfway point hammers that fact in with vigor. All in all the film is at times an affecting story of a weird lonely dude looking for a connection and others an alarming exploration of a character in a downward spiral of madness.