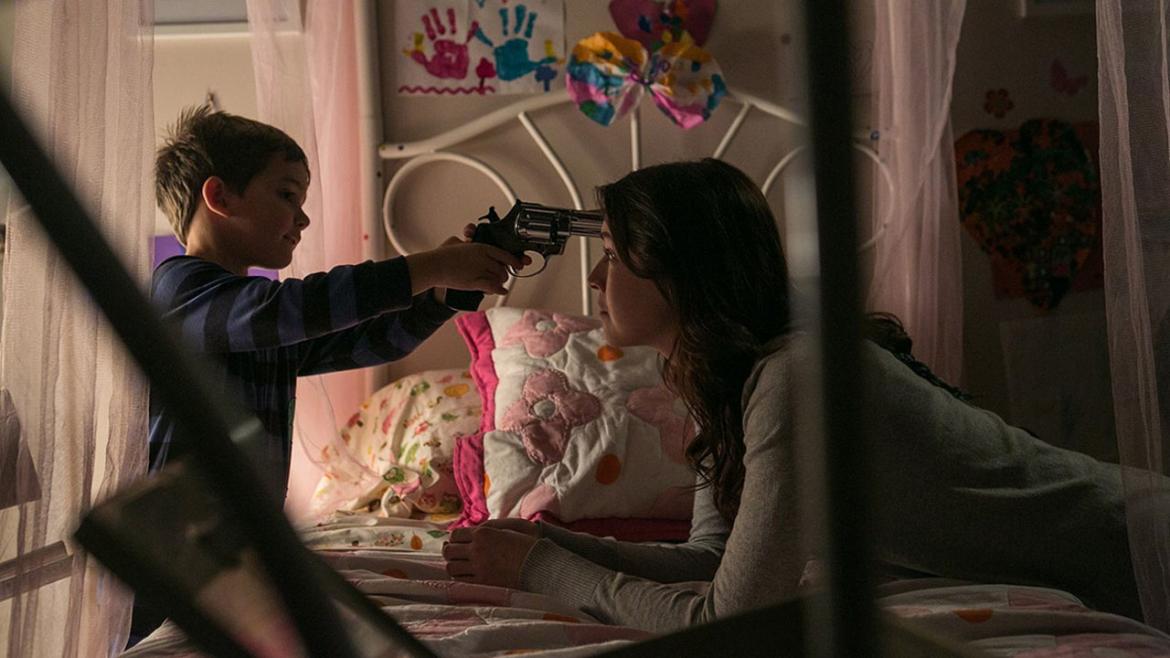 Think back to your childhood—back to the nights that your parents went out on the town and left you with a babysitter. Chances are all of us had more than our fair share of babysitters growing up and that some of them were better than others. Most everyone has at least one story of a babysitter who left an impression for all the wrong reasons. I, for example, had a babysitter who refused to take us home from the pool during a thunderstorm and made three scared children sit alone in her car instead; but I digress. The point is, when you invite a stranger into your house, you are taking a chance. In the case of the Thompson’s new sitter, they don’t know just how big a chance it is.

When the Thomnpsons’ usual sitter recommends her friend Anna to take over for her, the couple are sure their three young children are in good hands. She seems to get along with the kids just fine, until the parents leave, that is. Her manipulation of the children starts out innocuously enough, a few odd comments here and there, but before long she is upping the psychological torment and the kids begin to realize this is not just any sitter. Trapped in their own home, the old babysitter standby that you’ll be out cold before your parents return takes on an ominous new meaning.

In the lead role, Sarah Bolger plays the psychotic baby sitter well, creating a character that is unsettling precisely because she is so unpredictable. As she swings form nurturing to torturous in seconds flat, she is most effective when her performance lands somewhere in the middle. Scenes where the things that she is doing or saying are just a little off center are some of the creepiest. While the majority of the other performances (except the kids, who are great) are nothing to brag about, Bolger helps maintain an atmosphere of anxiety that lasts for much of the 82 minute run time.

The writing struggles a bit in Emelie, both in terms of dialogue and narrative. One particularly egregious scene includes the family’s normal babysitter stopping by and being almost entirely unphased when, expecting to check on her friend she is greeted by a creepy and suspicious stranger or when the kids beg her to stay. She babbles on about college boys and social media before ending her almost satirical soliloquy with a “WTF?” that feels completely out of place in this very dark movie. The story itself struggles a little too, especially when explaining Anna/Emelie’s backstory and her motivation for doing all of this. The delivery feels clunky and the story itself doesn’t entirely make sense, but we get a creepy hand-drawn storybook out of it, so there’s that.

If you are going to go all the way and make children the victim in your horror movie, you need to earn it. Whether or not this movie succeeds in doing that is in the eyes of the beholder. Worst case scenario, Emelie will prove to you that your childhood babysitters weren't all that bad.