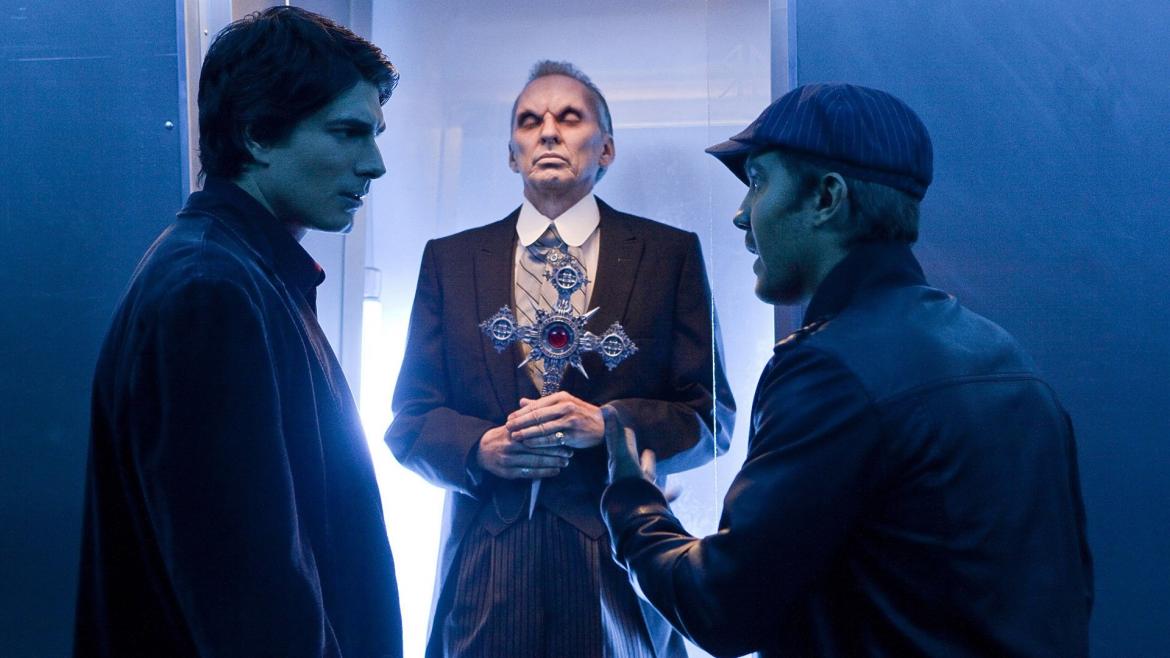 Dylan Dog: Dead of Night is the sort of supernatural detective action film you’ve seen seemingly hundreds of times, expect this time the acting is even weaker, the comedy less effective, the effects cheesier, and the plot even thinner than what you’ve come to expect from this sort of shlock. It might be tempting to look at a film like this from 2010 and say it is simply a relic of its time and it came as a slew of similarly bad films from the same era. Allow me to burst that bubble. This is 5 years after Constantine and 3 prior to R.I.P.D. both nearly identical and better films than this. If you’re thinking that’s impossible allow me to also burst that bubble.

Dylan Dog stars Dylan (Brandon Routh who you just have to feel bad for) as a detective of the supernatural. Alongside Elizabeth (Anita Briem) his zombie sidekick Marcus (the shockingly unfunny Sam Huntington) they are roped into the world of vampires and zombies in a plot that could threaten the undead and alive alike who might just be headed by Vargus (ham-fistedly acted by Taye Diggs) head of the vampires.

This is a comedy/horror/action/detective movie where absolutely none of the elements work, not individually nor in chorus. This is a painful movie to watch, and most of all because it relies heavily on unbelievably ineffective comedy. This is the type of mind-wrenching, infuriating comedy that hits like a lead fisted punch to the balls and leaves you clenched in both anger and pain. The sort of pain that leaves a dull ache reverberating up your spinal cord to your brain making you want to do something; anything else. This is the sort of film where there is a reoccurring gag about having to eat garbage and worms; something that began to feel like a better idea than watching the movie after the fifth time it was brought up.

If you are a fan of film noir there may be enough familiarity in the tropes of the voice over and the relative competent acting of Brandon Routh to lull you into a sense that this may be somewhat palatable. But, rest assured, there is far too many terrible scenes, acting and plotting to possibly make this worthwhile for any viewer.