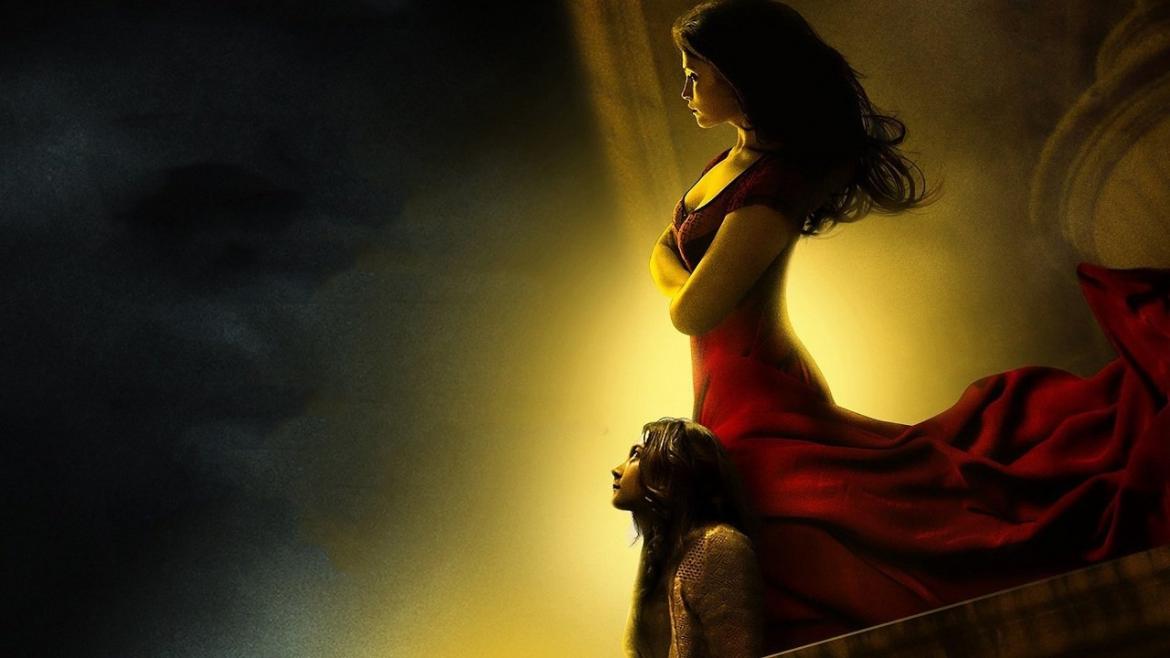 When it comes to movies about blood-sucking monsters, there are a few that are pretty well-known among movie fans. There’s Nosferatu and Dracula (of course), Twilight (unfortunately), and Interview with the Vampire: The Vampire Chronicles (bet you didn’t know that full title!) Released back in the mid-nineties, and directed by Neil Jordan, Interview with the Vampire stars Brad Pitt and Tom Cruise and tells the story of their lives, and how they have woven together and pulled apart throughout the centuries. And, although the film never had any sequels, the virtually unknown subtitle of the film suggests that theirs is but one story within a wider world; that Lestat and Louis are not singularly unique in their experience.

Nearly a decade later, with Neil Jordan at the helm and two fantastic female leads, Byzantium was released surrounded by an anticipatory buzz. The director of Interview had returned with another movie about soucriants. Clara (Gemma Arterton, The Voices) and Eleanor (Saoirse Ronan, Hanna) are not the kind of vampires we are used to. They don’t have fangs, but rather a long, retractable thumb nail that they use to puncture their victims' artories, and they don’t seem to have any sort of supernatural strength or speed. The two also haven’t amassed a great deal of wealth, and they are always on the run from something. When they make their way to a small, coastal town in England Clara is able to set them up in an old guest house called Byzantium and is content to carry on as if everything is fine. Meanwhile, Eleanor struggles with their secret, as well as with the secrets that Clara keeps from her. When she meets Frank and begins to fall in love with him she finds keeping herself hidden all the more difficult.

Byzantium is a lovely movie to look at. With striking images and beautiful set pieces—like Gemma Arterton bathing in a waterfall of blood, or Saoirse Ronan crouched in an old elevator with her face splattered red—but at its core it starts to fall apart. By the film’s end, it feels a bit like the potential energy of this movie has all trickled away. There are too many  places where it wanders along rather than digging. For example, Eleanor’s relationship with Frank could certainly have used more investigation. Her ambivalence for her immortality can not have been more pronounced, and the scene in which he calls her out - expressing the pain that comes with being terminally ill and fully aware of one’s own finiteness - was beautiful, though short-lived.

The more glaring problem, for me, centers around the film’s handling of gender. Part of what makes this so frustrating is, again, the film actually does take a few steps in the right direction before walking back and changing course entirely. Clara essentially steals her immortality from The Brotherhood, a group of vampires who choose their progenies carefully, and don’t allow women. They see Clara as an abomination and cast her out, allowing her to live but forcing her to live alone. Once she changes Eleanor, however, they come after her. She has broken one of their rules: women are not allowed to create. What we have here is the basis for a fascinating story about gender dynamics, reproduction, and power. Instead, The Brotherhood serves as nothing more than a boogieman for Clara and Eleanor to run from, a catalyst for their flight. Furthermore, it is somewhat rare to see a vampire flick with a female protagonist, and even more rare to see one where she isn’t matched with a male counterpart. Byzantium stars two actresses who have proven their chops in the badass department, and it stitches them together with the very strong, though perhaps equally complicated, bond between a mother and her daughter. Bearing all this in mind, it is somewhat disappointing to see that for her two hundred plus years of life, Gemma Arterton’s only real skills seem to be working as a prostitute or a madame, while Eleanor mostly sulks. We do get a pretty amazing scene within the first ten minutes where Clara decapitates a man with a garrote, and then does nothing of the sort for the rest of the film.

And since this movie comes from the director of Interview with the Vampire, and follows a similar format of blending flashbacks with modern day, I wold be remiss if I didn’t point out some similarities. Our protagonists seem to be mirrors of the pair in Interview. Not unlike Louis (Pitt) - who tells his life story to a stranger - Eleanor experiences a compulsive need to share her story. She writes it, seemingly over and over, in segments, and throws the papers away, “throwing her story to the wind.” By comparison, her mother and her maker, Clara is much more unapologetic about their existence, reveling in her life and refusing to look backward; not unlike Lestat (Cruise). This movie doesn’t spend nearly as much time on either character or on their relationship, however, leaving the whole thing hollow.

On paper, everything about Byzantium looks good. It has a cast of actors who I think are very talented, a director who has proven himself more than capable, and the potential for a storyline that would do something new and different with the story of vampires. In the end, it doesn’t reach its full potential, but that doesn’t mean it didn’t try.