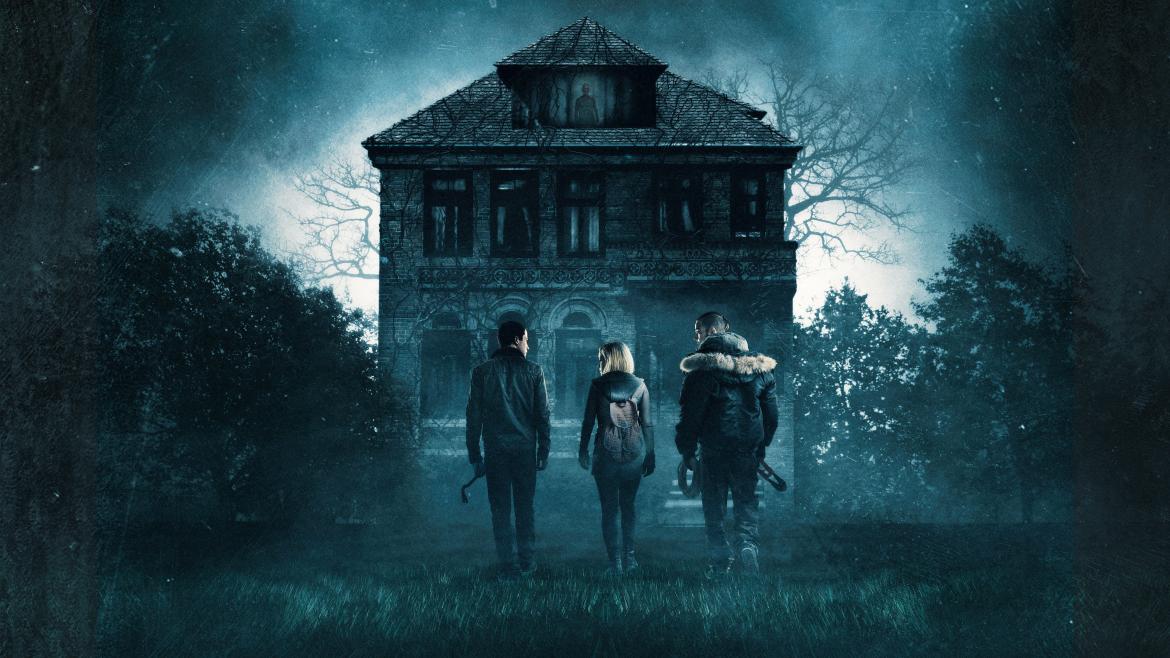 Spoiler culture is in a strange and troublesome place these days. There are still plenty of people out there looking to preserve the cinematic experience with respectful considerations for what constitutes potential plot spoilers, while studios themselves sometimes can't find a spare fuck to give. Surely Sony has thinly conceived notions as to why it was a sound marketing choice to reveal not one but two significant turns in Fede Alvarez's Evil Dead follow-up, Don't Breathe's many trailers. Whatever those reasons are, they've robbed countless viewers of that unsullied experience and rendered them envious of those who choose to avoid any and all movie marketing. It matters not however, as Don't Breathe is a powder keg of dread and tension that trumps its own marketing.

Following the gloriously violent Evil Dead remake is no easy task and Fede Alvarez jumps admirably from the realm of uber gore to a tension thick home invasion survival thriller that's light on dialogue and heavy on mood. Jane Levy jumps back into Alvarez's particular brand of punishment as Rocky, one of three young burglars on the lookout for a life changing score to get the hell out of dodge- a decaying Deroit in this case. Said score seems to fall right in their laps in the form of a blind and grieving veteran hoarding a fat stack of bills in a decrepit house nestled in an abandoned neighborhood. Once inside the trio quickly realize that their target is uniquely adept at defending his turf and they will be lucky to leave in one piece.

Spoiled or not Fede Alvarez has managed to defy expectations a second time with his sophomore effort. With the hype machine chugging right along as Don't Breathe made its festival run, this airtight thriller pummels what audiences have become accustomed to from wide release studio productions. The camerawork right down to the literal homemade instruments used for the superb score and sound design that bellow out dread inducing tones, Don't Breathe punches like a juiced up Hitchcockian nightmare.

Alvarez sometimes flirts with excess and dearth of sound in fun yet silly ways. It's the insane pulse pounding footsteps of Stephen Lang stomping around his maze-like abode one second, then sneaking up like a ninja the next. Similarly it's hard to ignore that Lang's superhuman senses switch on and off whenever it's convenient to manipulate the situation- we're talking being able to smell extra shoes across the room, but not the sweaty stench of an intruder standing mere inches away. In spite of a multitude of nitpicks the fact remains that Alvarez and co-writer Rodo Sayagues are able to farm relentless tension while maintaining a breakneck pace.

Alvarez practices slight of hand like a skilled magician, subverting audience expectations and delivering the payoff with true showmanship. Don't Breathe is a merciless assault on the senses that's also vulnerable to a barrage of contentious nitpicks. Regardless, Fede Alvarez arguably maneuvers himself into being one of the most exciting genre directors working today.