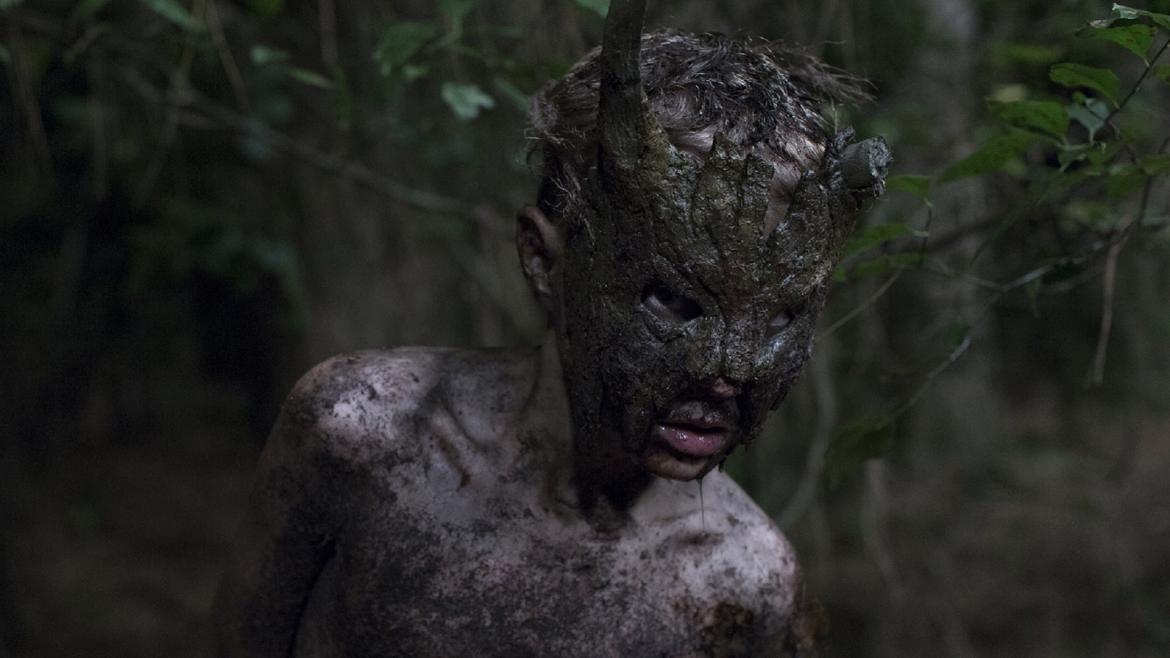 In this 2014 Belgium outing, young Sam is a Pathfinder scout, heading out for a camping trip near the French border with his troop. Sam is an over imaginative and awkward youth, who is frequently picked on by his troop, and even the leader.  In addition to those anxieties, Sam is tortured by a story told by his troop leaders about Kai, a wild child that that haunts the woods at night and turns into a werewolf.  Once the troop arrives and the campout begins, Sam soon discovers that the the urban legend of Kai might not be an urban legend at all.

Cub stands out from the pack by being a much different take on the "camping horror trope". The decision to make one of the main antagonists a feral young boy is a ballsy one and Cub has the strong cinematography and writing to back it up.

The strongest point of Cub is in it’s stellar story and script writing as well as its characters. Sam is presented as a bit of a sad boy, whom we really know nothing about, and is the main sympathetic figure due to his mistreatment at the hands of his peers and leaders.  His troop leaders are quirky, yet stand out on their own. The compex interplay between Sam and the rest of the troop produces a range of complex emotions, and really serves as the heart of the movie.  When Cub's finale hits, it's much more impactful due to the way that the characters are portrayed.

Cub is a slow burner of a tale that builds to some ultimate craziness.  Once the craziness hits, it lands in some hard hitting ways. It’s a violent film and there are some brief moments that will leave you shocked. Even better, the movie winds its way to an ending that manages to be fulfilling while still leaving many questions unsanwered. Cub is a movie that will leave you guessing, leave you turning over thoughts and ideas, and feel a bit grimy as well when it’s all said and done.