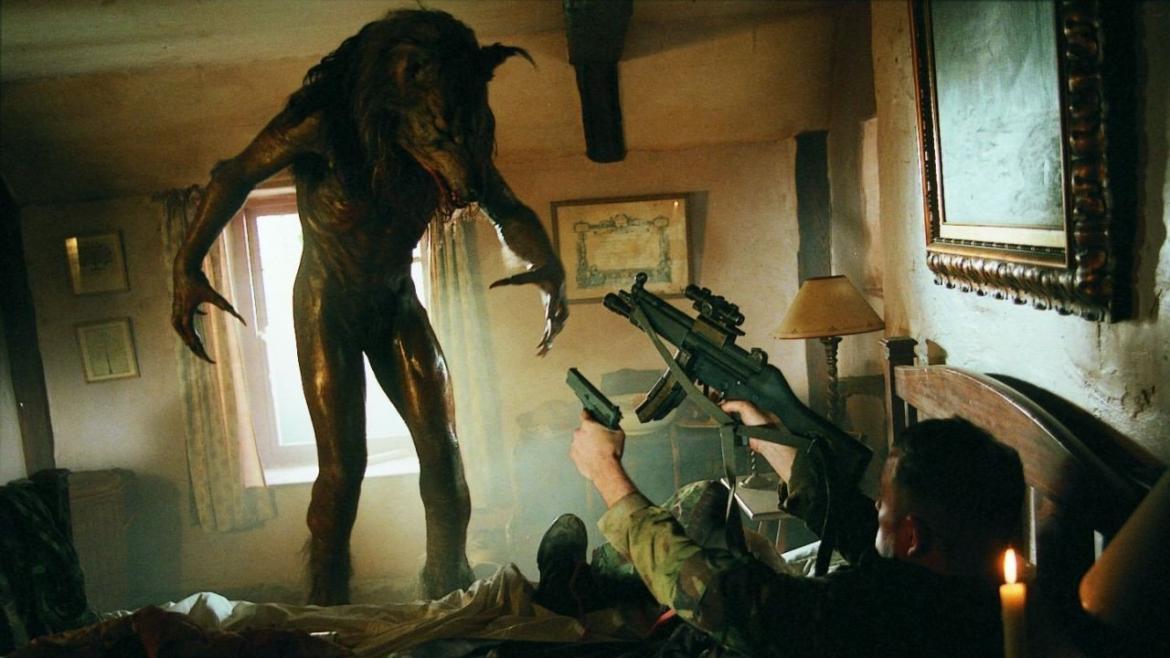 The early 00’s were a weird time for horror movies. With teen slashers and American remakes of J Horror flooding the market, it can sometimes be hard to believe that anything else was released in the first 3-5 years of the new millennium. Search just below the topsoil, however, and you will find a veritable treasure trove of lesser known creations.

One such film is 2002’s Scottish werewolf film, Dog Soldiers. The love child between Ginger Snaps and Full Metal Jacket, follows a group of military men on what is supposed to be a routine training expedition in the Scottish Highlands. When they find the Special Ops team they are supposed to be tracking in this mission and all but one of the men are gone, bloody entrails and broken weapons in their wake, the men are quickly beset upon by an enemy they are absolutely not prepared for. They are saved by a local zoologist, Megan, who rushes them to a secluded farmhouse where the group fights to survive the night.

Made with relatively low production values (even by 2002 standards), Dog Soldiers stretches its resources as far as it can, with mixed effects. Today’s audiences will be excited to recognize a few celebrity faces; Liam Cunningham (Game of Thrones) and Kevin McKidd (Grey’s Anatomy) both help to elevate the movie and some of its goofier dialogue. The remainder of the cast does a good job as well, creating characters that we will inevitably be sad to lose, albeit in varying degrees.

Another place where this movie really succeeds is in its use of practical effects. Most horror fans will tell you that when it comes to werewolves, we would much rather real life mangy hair and snarling teeth to a collection of computer pixels. CGI rarely does it in the lycanthrope department and the effects used to create the monsters can make or break a movie. Dog Soldiers opts for practical effects and it really really boosts the rest of the movie up. I hesitate to make too sweeping a generalization, but I think I would almost always rather a shitty movie with cool wolves to an amazing script with horrible computer ghoulies.

Fun actors and awesome wolves aside, this movie is a bit of a mess. Many of the secondary characters blend together. They may be essentially dog food, but it’s more fun to not think about them that way from the beginning! Additionally, the third act plot twist plays out in a pretty contrived way that may leave viewers confused as to how and why it makes sense. In the end, it feels more like a cheap attempt to create more challenge for our characters than a well-earned turn.

It may not be one for the history books, but any movie that includes the line “We glue people’s guts together all the time out here” in it can’t be all bad and this movie is no exception.