Digging Up the Marrow (Movie Review) 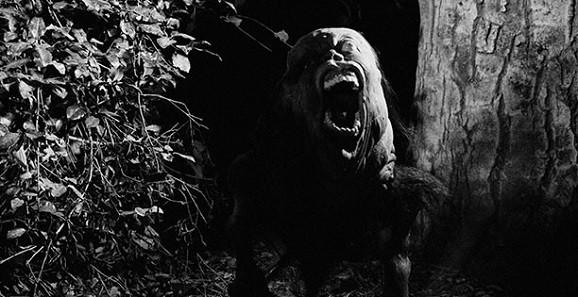 Deep down, all of the best genre directors are fanboys and fangirls just like you and I. They got into horror filmmaking to make the same sort of things that stimulated us at our most impressionable, and they live or die by how successful they are at harnessing the essence of what made them fans in the first place. There is no director in the game that embodies that principle more than Adam Green, and there's no film that feels more like a genre love letter than Digging Up the Marrow, for better or for worse.

Despite referencing many different kinds of genre filmmaking, Digging Up the Marrow feels unique in that it's not quite a mockumentary, not quite found footage, and somehow just like and totally unlike anything you've seen before. The film follows Adam Green, the real life writer and director of the Hatchet series among myriad other genre ventures, as he responds to the not-so-real-life William Decker (Ray Wise, Twin Peaks, Everything), a former police officer who insists he has uncovered the secret to an underground world of monsters that he has dubbed "The Marrow." The interplay between the sometimes awkward "real people playing themselves but not sounding all that much like real people" dialog and the scenery chewing mastery that Ray Wise specializes in is the foundation of a film that can't be described in any way other than "uncanny."

It's really difficult to describe the strange mix of earnestness and full on buffoonery that characterizes this film, but it's difficult to begrudge the enthusiasm. Viewers that are privvy to the recent social media blitz from Adam Green and his partner in creature design Alex Pardee may be expecting a bit more monster bang for their buck. Instead, Digging Up the Marrow manages to deliver just enough monster wildness to keep the viewer engaged, while somehow showing remarkable restraint given how giddily written and directed the film is. The monster shots are brief and thrilling, but in the end the viewer is left wanting more.

Digging Up the Marrow is laid so bare that it's hard to criticize. Adam Green has proven himself to be such a sympathetic figure in the genre that one can't help to evaluate his films based on his personal experience, and that makes this film really hard to judge objectively. Digging Up the Marrow is so enthusiastically made that its easy for the viewer to disregard some of the hamminess and awkardness in execution. At it's core, its a somewhat unfocused but completely infectous exploration of the lengths that us weirdos and deviants will go to explore the fringes of society.

Many people will walk away from this film scoffing at its unevenness, but Digging Up the Marrow is worth the journey just to marvel at how wide-eyed and reverent it is in execution.