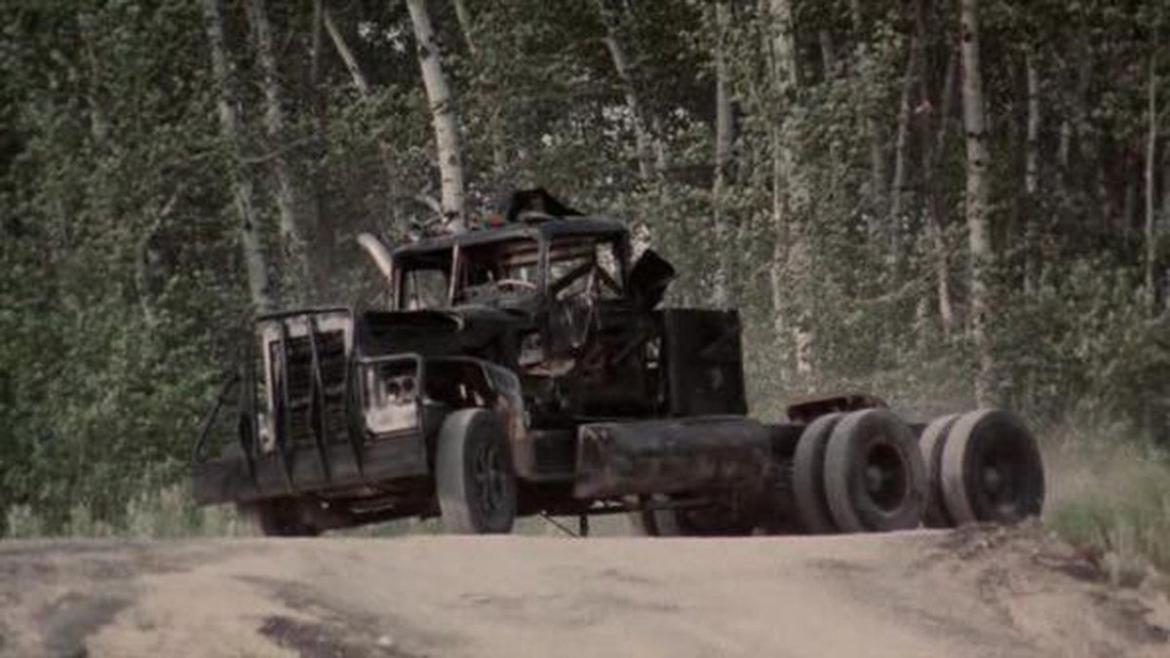 The odd thing about Trucks is that as a movie, it really has no way of working. For a horror romp about killer sentient trucks, you'd think there would be something, perhaps a camp factor, that would make it a fun watch. However, not only does Trucks fail to embrace its larger than life premise, it also manages to hit a dead end when trying to play it all straight.

The story of director Chris Thomson's film is neither complicated nor original. A small town where everyone knows each other is suddenly plagued by a fleet of trucks that have started a bloodbath. See, the vehicles have come to life, seemingly out of nowhere, and the cars' only goal is to run down any human that stands in the way. In turn, it's up to a ragtag team of townspeople to fight back and discover the truth behind the sudden and fantastical event.

While Brian Taggert penned the script, Trucks is actually based on a Stephen King story of the same name. In fact, the film is technically a sequel to King's directorial debut, Maximum Overdrive. While that film is similarly flawed, this sequel manages to be even more boring and nonsensical.

It would be simple and arguably the correct decision to ham it up and have the trucks blast through walls or defy reality in some wacky way. Unfortunately, Trucks is mainly played straight, with the cars only running down characters that happen to be in their way, which essentially makes them driverless cars that will only hurt someone that doesn't know how to cross the street properly.

There are a handful of scenes that attempt to push the envelope, such as having a toy car come to life or air being filled into a hazmat suit that then animates, but these brief off-the-wall moments feel completely wasted.

As for the humans that we're meant to get behind, they're nothing more than archetypes waiting to be picked off. The attempts to create drama amongst them falls flat, even when some of the more outspoken characters meet their demise.

In the end, Trucks feels like a strange test to see if King's work could translate well to the screen. There is even a hint at the end that more adventures could take place, but much like the lackluster plot, it's difficult to fathom who would be interested in expanding on an already mediocre idea.