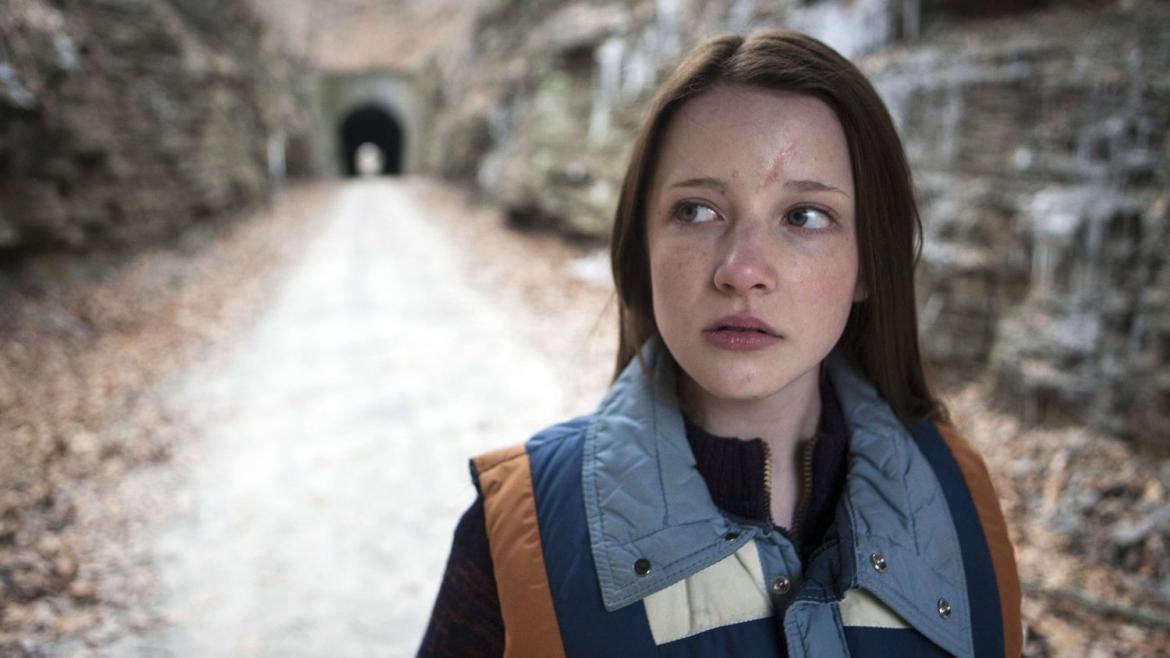 Quietly loitering at the intersection of horror and drama, Dig Two Graves is a starkly beautiful meditation on guilt and revenge. In the film, meticulously directed by Hunter Adams off a script he co-wrote with Jeremy Phillips, the ghosts of the past aren’t unseen slammers of doors or re-arrangers of furniture. Rather, those ghosts only exist in the thoughts and actions of the living, those unable to make peace with the past and who open themselves up to being consumed by it.

Dig Two Graves plays out over two eras – the 40s and 70s – in an anonymous Midwestern American town. The earlier period follows two cops – Deputy Waterhouse (Ted Levine) and Sheriff Proctor (Danny Goldring) – and their run-ins with a family of gypsies. In the 70s, while still grieving over the unexpected death of her older brother, a young girl named Jake (Samantha Isler) is confronted by three moonshiners who offer her a macabre deal: they’ll bring her brother back, but for a price. As payment, Jake must kill someone, trading one soul for another and it so happens these men know whose soul they’d like in return.

Frequently, Adams allows these two time periods to bleed into each other, starting a scene in one period only to end it in another. In at least one instance, Adams executes this trickery in a way that will have even the most eagle-eyed viewers searching for the cut. While certainly a clever gimmick, this effect is far more than that. It’s also an effective way to demonstrate how the events from the 40s continue to scar the town and those who lived through them.

While Adams’ vision is no doubt impressive, the film’s greatest standouts are perhaps its most unlikely. There’s the then-sixteen year old Isler who delivers an expertly tortured performance as a girl put in a position few, regardless of age, would be able to navigate. Then there’s Levine, a veteran Hollywood bit player who gamely steps into a lead role and, some 90 minutes later, will have viewers asking why he isn’t given that opportunity more often.

There are moments during Dig Two Graves, particularly during act two, where Adams and company seem to lose track of their narrative. Or maybe they’re stretching. Either way, actions like a random side mission involving a missing necklace feel forced in the face of the larger plot. Still, those are minor stumbles during what is otherwise a gorgeously realized and darkly poignant journey through humanity’s darkest side.

Devil in the Dark