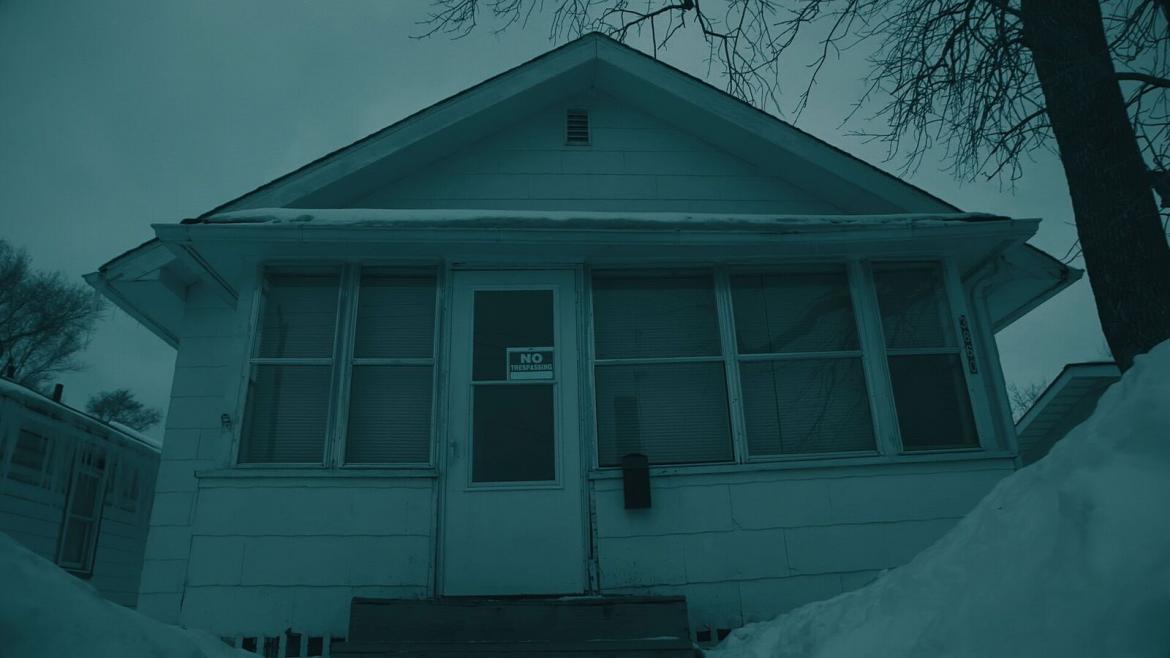 Demon House is a movie four years in the making. From the widely documented 2014 happenings that took place in a Gary, Indiana home, to the delayed release of ghost hunter Zak Bagans' labored documentary (which hits theaters and VOD March 16, 2018). Like every paranormal investigation that's ever been documented for media consumption your enjoyment will hinge on whether or not you're a believer in the paranormal and if Bagans is a decent enough huckster to shake you're doubts.

Having not consumed a single second of Ghost Adventures, the ghost hunting show produced by Bagans, the single most distracting aspect of Demon House is the monotone narration (done by Bagans himself) which casts a cloud of disinterest over the entire production. For a paranormal investigator a house said to consist of 200 demons would be a gold mine, but for Bagans it seems like just a routine run through the McDonald's drive thru for a $1 decaf mocha. Clearly that's just Bagans' MO and Gilfoyle-esque narration aside the film's issues stem far and beyond its creator's perceived lack of passion and quite frankly (even as a casual viewer judging solely on presentation) the entirety of Demon House is a chore to endure.

As previously stated the doc follows Bagans and his crew as they investigate the legitimacy of the 2014 claims by the Ammons family and other previous owners/visitors to the Gary, Indiana property. Lore has it that the house is a "portal to Hell". Many who lived and/or visited the house claim stories of demonic possession and horrifying phenomena. Bagans verbalizes the various occurrences that befall himself, his crew, and interview subjects as they play out on screen. Let's just say the vast majority of them are unconvincing...and that's putting it mildly. The more unsettling effects are told to us over the narration with no video proof. This requires the audience to take Bagans at his word, which, based on some of the claims (like one of his crew members vomitting blood), is a lot to ask.

Stylish B-roll footage is undoubtedly nice to look at even though the re-enactments introduce an unintentional hilarity. Bagans does offer a compelling framing style that even tuned out viewers will begrudgingly perk up to listen a little closer in hopes the filmmaker is able to maintain a sense of momentum. Unfortunately these methods end in poorly staged gags with forced acting. The film takes steps to never fully commit to believing the supernatural chokehold many claim they are under when exposed to the house's "evil". A mix of naysayers with more grounded and scientific musings as to what's affecting those who spend time within the walls of the Demon House is particularly difficult to ignore. Victims recounting their history in and out of the cursed domicile have an eerie effect, but its chills are more an imperceptible shiver than they are spine-tingling.

All of Demon House's potential is mired by disinterested narration, atrocious re-enactments, and transparent attempts at forcing the audience to believe the crew are under some form of supernatural control. The film wants so much to be one of the most terrifying docs you'll ever come across, but achieves that distinction for entirely different and frustrating reasons.