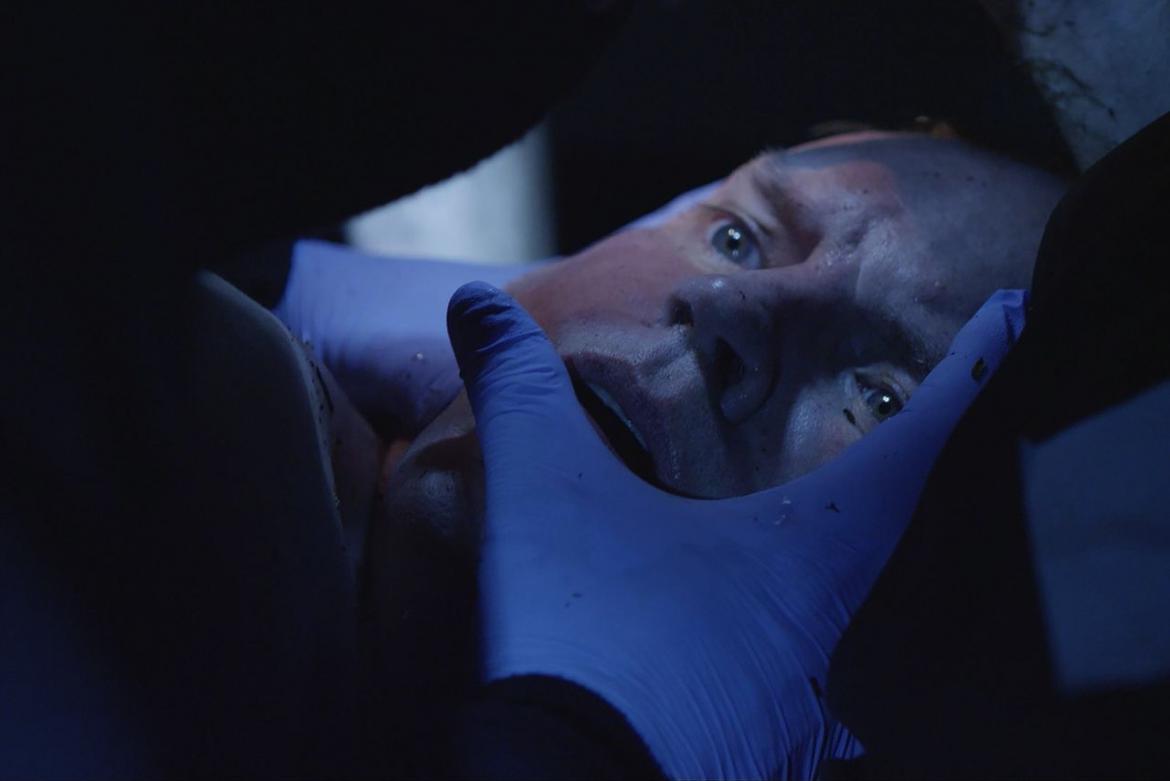 It isn’t often that you find documentary reviews here on Bloody Good Horror, but when a truly creepy one comes along, you know we have to talk about it. Well folks, do I have a creepy one for you. The movie is The Blackout Experiments, and it follows a group of individuals who have elected (of their own volition, they remind us several times) to participate in something called Blackout. If this is making your skin crawl already, it should be.

Blackout is described as “an immersive theater experience,” and was started by Josh Randall and Kristjan Thor in New York City. Having a hard time imagining that? Think about those extreme haunts where participants have to sign a waiver and are subjected to all sorts of physical, emotional, and psychological torment and you’re there. The individuals depicted in the documentary each have their own reasons for participating in Blackout, but most of them have suffered some sort of trauma or struggle in their life and seem to be looking for a way to cope. And each of them has participated in the experience more than once.

Interviews with these individuals act as the throughline of the movie. The narrative follows the emotional journey that these people go on from the first time they’re pulled in the door, and through their ensuing experiences. Footage from inside the experience and artful shots of the interviewees lying awake at night in their bed and walking around downtown LA at dusk are interspersed in between. This unprecedented access is very interesting, but one can’t quite help feeling a tad voyeuristic watching these people be tormented, even if they are choosing to do it...over and over again.

The Blackout Experiments is an interesting look into this particular pocket of humanity, if in the film itself is a bit amateur. The sequences filmed within Blackout, in particular, are incredibly shaky. I can only assume that the filmmaker was trying to get as close as possible to what is happening, but the result is almost unwatchable in places. If you can hang in there and stick with it, however, the ending of the movie is worth it. Or is it? Maybe even watching Blackout is enough to turn things upside down.