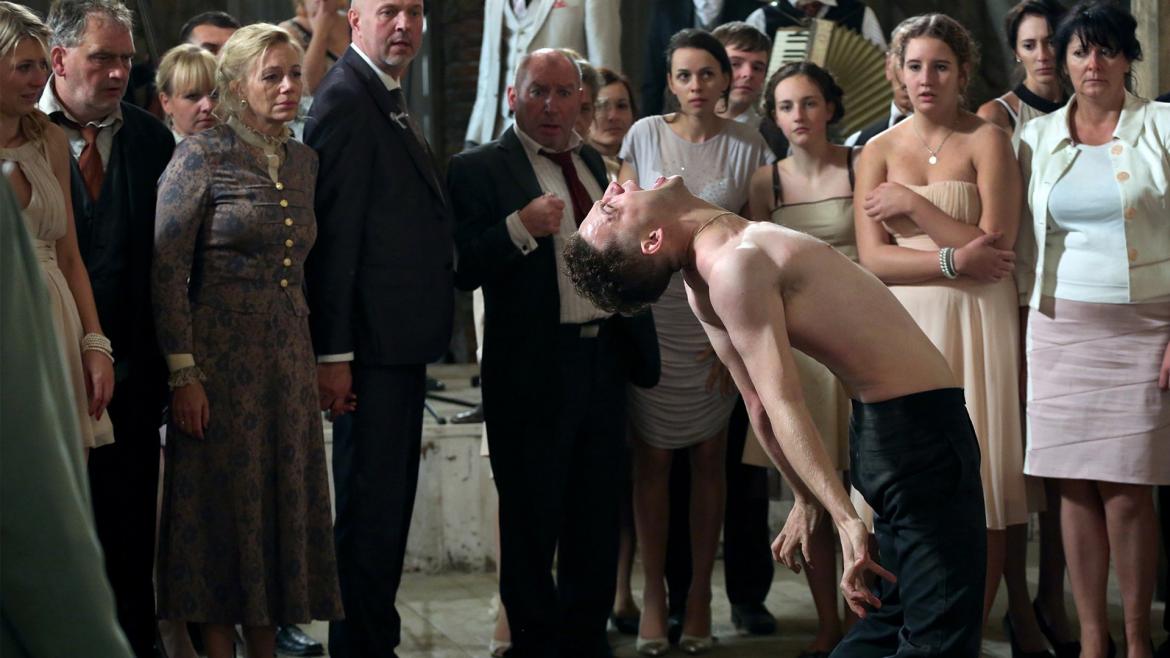 Stories of demonic possession are a dime a dozen within the horror genre, people (usually women) speaking in strange languages (usually Latin), surrounded by men wearing cassocks and waving crucifixes, or well-meaning paranormal investigators reading from Bibles. Stories of exorcism and possession are almost always told through a Roman Catholic lens, whether they are overtly religious in nature or not.

Christianity does not have the monopoly, however, on belief in possession. Before the advent of neuroscience and psychology, erratic behaviors were identified as demonic possession in cultures and religions all over the world. We see these formulations far less frequently, however, and when they are presented, it often feels shallow, as though using another religious lens is simply a gimmick (think The Last Exorcism 2 or The Possession) until now.

After finding human remains on the grounds of the old rustic home where Piotr is to marry his beautiful bride, Zaneta, the groom decides to try and keep what he found a secret, at least until after the nuptials. What he has uncovered refuses to stay buried, however, and on the day of his wedding Piotr’s behavior becomes more and more fitful as he seems to be haunted by visions of a young woman. As the movie plays out, tensions build, and Zaneta tries to save her husband while her father does his best to deny what is happening and keep it from the partygoers.

Demon, written and directed by Marcin Wrona, is a Polish possession film that is very much unlike what we’re used to. For starters, what we’re dealing with here is a dybbuk. A dybbuk, the possessing force in Jewish tradition, is believed to be the soul of a deceased person that attaches itself to the living. In Demon, the dybbuk is more than just a malevolent force creating chaos for a bunch of wedding guests. It holds a much deeper meaning than that.

The movie plays out as an allegory for the Holocaust. The young woman who is inhabiting Piotr simply vanished one day, and was clearly not properly buried. In conversation with an old family friend who grew up in the village, she expresses her desire simply to live, to see her family, to get back what was taken from her. Онлайн казино Пин Уп pinup11.ru - обзор популярного казино. All of that is gone now, he tells her, you are no more, this is not our time. Even the way that Piotr’s father-in-law seeks to invalidate what is going on, hiding Piotr in the cellar at one point, feels like a damning critique of those who did nothing, and those who seek to deny the Holocaust’s living legacy now. The movie’s ending is especially dark when considered this way.

Demon is a disorienting, tense, and heartbreaking movie that uses the trope of possession to tell a deeply troubling story.