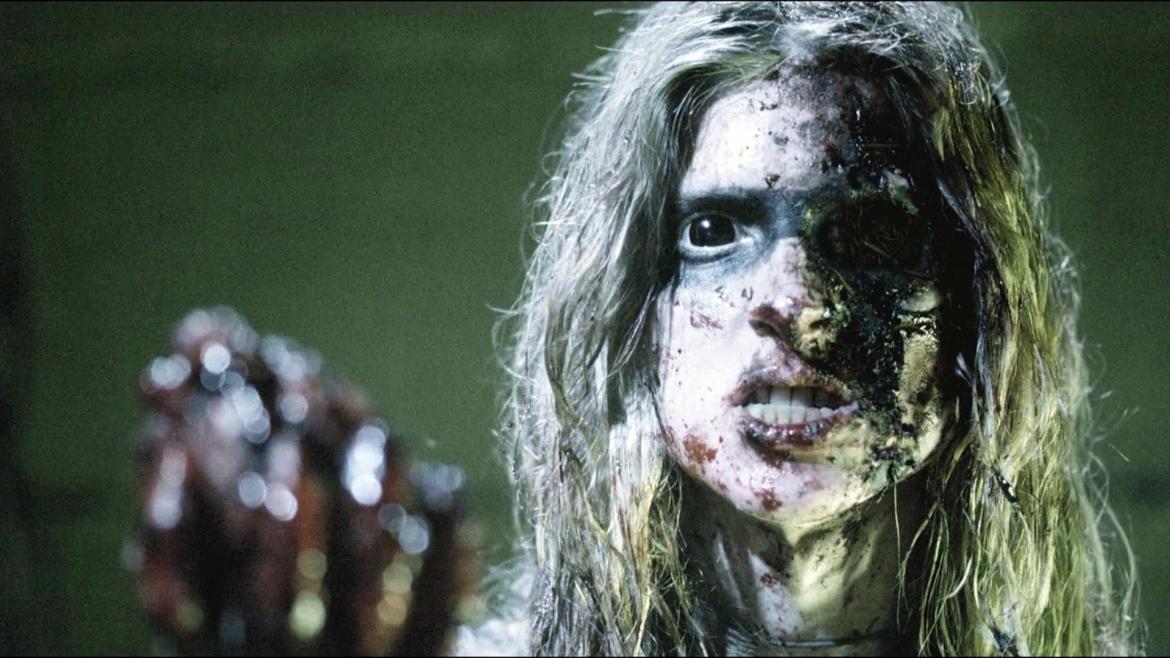 Avenged opens as Zoe (Amanda Adrienne) is packing her belongings into her late father’s muscle car to move across country and in with her loving boyfriend. As Zoe happens to be deaf, she has lead a rather sheltered life and both her sister and her boyfriend, Dane, (Marc Anthony Samuel,  are both hesitant for her to make the long drive along, as she would have trouble calling for help in an emergency. However, Zoe heads out and sends Dane picture texts of her location to check in. While texting and driving, Zoe swerves to miss hitting a Native American man who has run into the roadway covered in blood. When she gets out of the car to help him she sees a merry band of sadistic rednecks (Ronnie Gene Blevins, Rodney Rowland, Tom Ardavany) that are chasing another Native American man down in their pickup truck.

Though Zoe tries to escape, the group of rednecks decides that they are bored with killing the local Native American population and need to abduct Zoe for some different kind of entertainment. After she is brutally tortured and raped numerous times, they decide that they need to kill and dispose of her since someone will most definitely come looking for her. After fatally stabbing her and leaving her for dead in a shallow grave she is found by the local grave keeper  (Joseph Runningfox) who attempts to resurrect her; bringing back an ancient spirit as well. As Zoe comes to realize the motivation of her possessor, she seeks to inflict gruesome revenge on her captors while also fighting to keep her dead body from decaying.

Avenged definitely embodies the energy and determination of an indie flick on a limited budget and where the film lacks in big money special effects or the absurdity of cheesy dialogue, overall it’s a solid and entertaining ride. Using the I Spit on Your Grave type of rape revenge trope, it does not lack in the brutality department. Several cringe worthy moments set up the film for a thoroughly gratifying retaliation. The deluge of excess gore and violence against the gross caricatures of ignorant rednecks is over the top and nothing short of satisfying. A more believable twist of on The Crow concept from a female and Native American point of view provides the Redsploitation aspect of the film, which illustrates multiple layers of revenge and retribution.

Avenged, like any indie production, has its flaws and can be laughable in some of its development attempts, but it's absolutely worth the viewing.