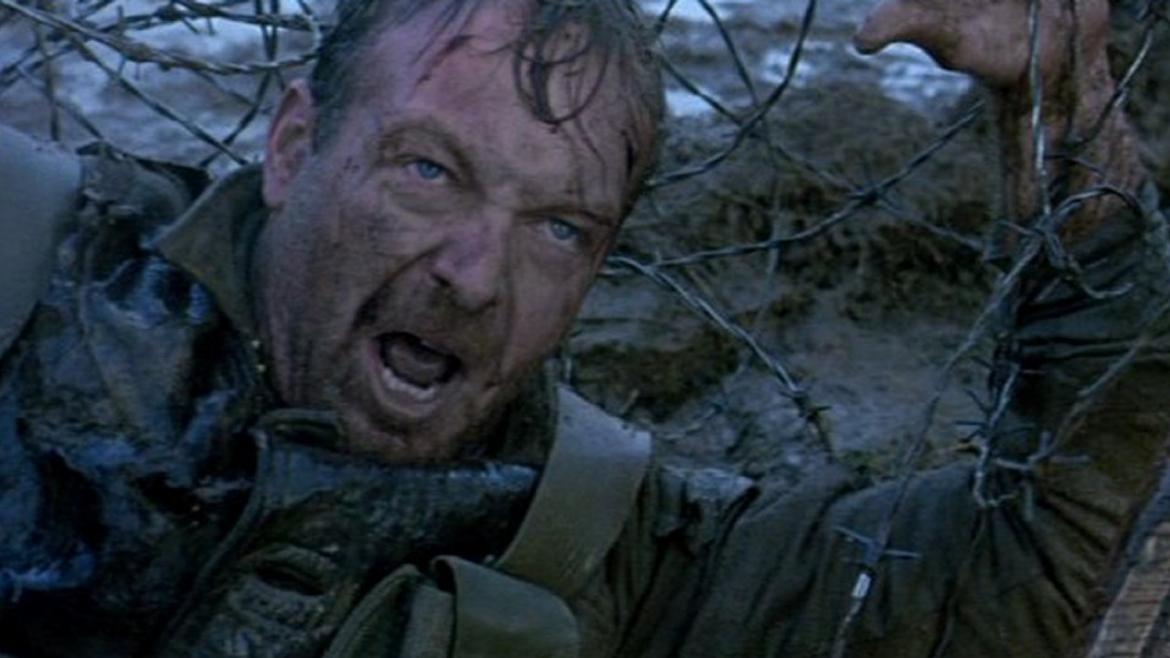 War is hell. This is a cliché that has stuck with us, not solely because it’s succinct, but also because it is vivid and precise. This is also the reason why it is has been a lasting theme in cinema and why it is fertile ground for horror. But war is not merely hell, at times it’s tedious, filled with interpersonal drama, and surrounds you with detestable people. As is Deathwatch, a 2002 film by British director Michael J Bassett.

The film follows a British infantry company during World War I. After being separated they discover a German trench which they quickly conquer, assuming that this will be a boon to the British army. They quickly learn something more sinister is afoot as an unseen evil presence envelops them and drives them into madness and against each other.

Deathwatch has a decent premise, focusing on the evil nature of war itself and how it drives one to madness. Allegory is a very strong application for horror as a genre. It allows one to get at the nature of terror in the real world by seeing it from an imaginary or third party state that allows it to be more than the sum of its parts. However, for an allegory to work both the metaphor and the actual cinematics events must coincide and work in harmony to create a layered multi-dimensional piece of art. Deathwatch does not quite achieve the second, mostly because the film takes on the mantle that less is more in horror. Because of this, the film concerns its audience with putting the allegory first before the horror on screen. It does little to describe the nature of this evil afflicting the soldiers or create an environment that leaves its audience with any striking or memorable images.

A great horror allegory must be a horror film first and earn the right to have deeper meaning while establishing its roots. Instead, we get scene after scene of dry dialogue, over acting and tedious melodrama. Eventually this all pans out into a violent showdown between the men as they attempt to kill each other and we get some supernatural carnage, but it’s all too little and too late.

Some, may be able to look past the flaws of the film and find solace in the allegory, but most will find the lack of action or visceral horror in Deathwatch boring.