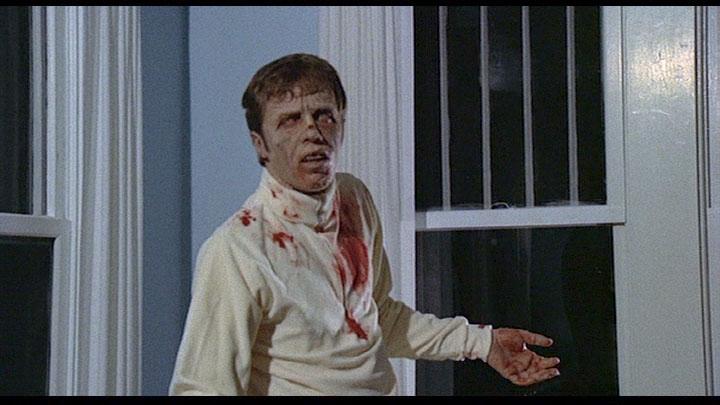 Bob Clark has to have enjoyed one of the more varied and uncommon directorial careers in big screen history. His early work included a triumvirate of dark thrillers, one of which, “Black Christmas” is arguably the first slasher film (apologies to “Psycho”, “Dementia 13” and every Giallo made before 1974). In 1982, Clark directed one of the most successful raunchy teen comedies ever with “Porky’s” ; a year later he helmed perhaps the most beloved Yuletide movie of all time “A Christmas Story”. Reports vary, but it is clear that on some level Bob Clark helped John Carpenter to kick his career in to overdrive by providing a leg up with getting “Halloween” made. Clark also directed “Rhinestone”, a move that helped Sylvester Stallone down shift his career from 6th gear to 1st. “Turk 182”, “Baby Geniuses”, “Children Shouldn’t Play with Dead Things”, “From the Hip”; his resume is impressive in it’s ability to confound on the question of his vision. What is clear from watching his films is while no one could accuse Clark of being an auteur who employed an identifiable set of aesthetics and themes through his work, Bob knew how to tell more than one kind of story. “Deathdream” aka “Dead of Night” is further proof of that fact.

The film begins in the jungles of Vietnam where young Andy and his hometown compatriot Darren are gravely wounded during a nighttime firefight. Back in the American South Andy’s threadbare family realizes their greatest fears when the receive word that he has been killed in action. His mother Christine refuses to accept the military’s word, sensing that Andy is still alive. Andy’s father Charles and sister Cathy try to console and convince Christine while struggling with their own grief. Then something odd happens, Andy returns home. The family’s delight is quickly tempered when it becomes clear that their son and brother has not returned from combat emotionally intact. They work to ease him back into polite society but Andy’s odd behavior, including killing their dog, threatens to dismantle the family entirely. Things go from strange to downright bizarre when Andy's body begins to age rapidly and he is implicated in the killing of a truck driver. Charles and Christine wrestle with protecting their son and confronting what Andy has really become, but the choice is not theirs to make.

I really enjoy “Black Christmas” and have a place in my heart for “Children Shouldn’t Play with Dead Things” but I think that “Deathdream” is Bob Clark’s most impressive horror film. The reason for this is that it manages to be chilling as it simultaneously envelopes its characters and viewers in the plaintive, often tragic circumstances that befell many combat soldiers returning from Southeast Asia. That Clark does this with an understated zombie/vampire hybrid story is both novel and cunning. Perhaps no human condition can better approximate what it would be like to be a walking corpse than paralyzing PTSD. Richard Backus as Andy does an incredible job of conveying a lifeless ambiguity that seems entirely plausible for both a person lost in the fog of combat shock as well as a zombie in a blood trance. Andy emerges from his haze periodically to illustrate that his subsumed humanity is still fighting towards the light. The way Backus handles the transitions as well as Andy’s crazed moments makes the performance moving as well as chilling; a rare feat and one that worth the price of admission by itself.

“Deathdream” has its limitations and a lot of these are down to Clark’s lack of a discernible style. The framing is occasionally sloppy and almost always unremarkable, as is the lighting. The greatest exception to this is in the early going with several haunting POV shots and some good high frame-rate shooting. Otherwise the film has a non-realist flatness to it that may be off-putting to many who are accustomed to highly stylized modern horror offerings. The music alternates between workably weird and disruptively melodramatic. Additionally the editing or perhaps a lack of coverage creates a lot of abrupt transitions which rob the audience of consideration and the film of adequate pacing and atmosphere.

The sound design is very interesting in spots, there’s some great early make-up FX work by Tom Savini and the mis-en-scene is subtely impressive. The latter is done without any flare with regards to production design but rather with small indicators. The best of these is a simple Scooby-Doo switchplate cover in Andy’s room. It’s a overlookable thing, but one that helps us understand that when Andy left for Vietnam he was still very much a boy. Rather than returning from combat an adult , he came home a shattered child because he was asked to try and become a man in a circumstance where healthy development is nearly impossible.

Seemingly simple touches like these that carry so much weight are what frustrate me most about Bob Clark. The guy had an acute understanding of film language and symbolism, but often seemed to deny his movies greater artistic and critical acclaim by taking cheap or easy routes out of certain production problems. The good news is that with “Deathdream” his shortcuts, while annoying, don’t keep it from being a very good horror film about America’s inability to cope with soldiers returning home from inhumane conditions.