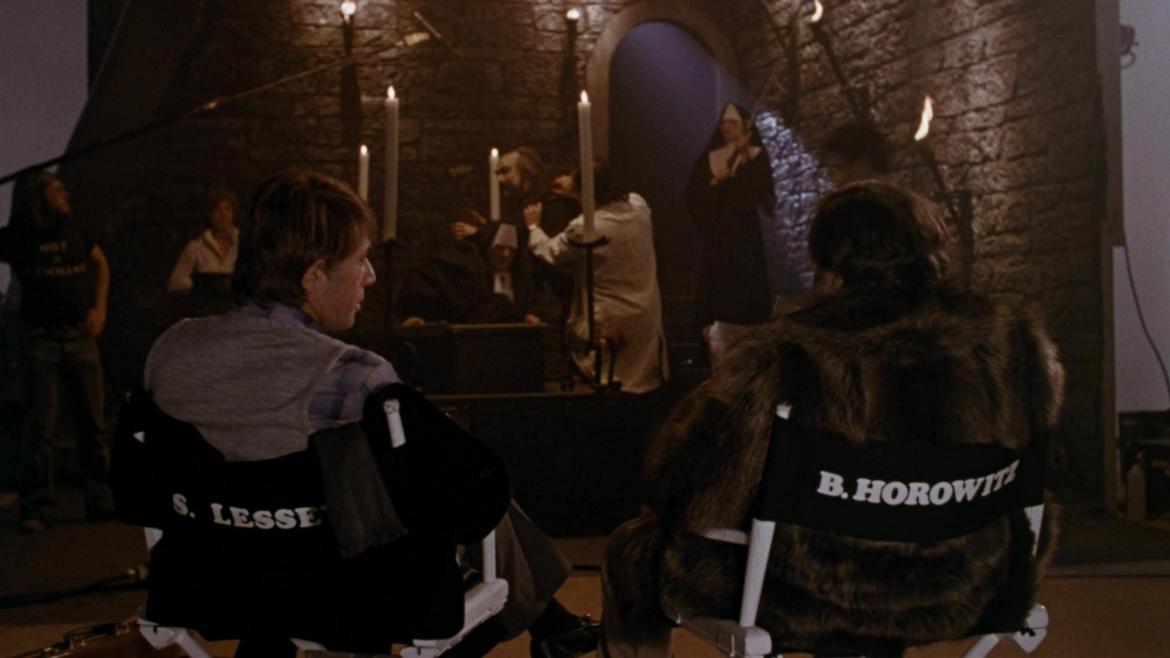 There are many experiences we can all collectively relate to, and one such is an impending deadline. This article itself likely should have been completed days ago. The anxiety caused by short turnaround time, the feeling of writer’s block, and pressure from those waiting on the final product can be all consuming. However, the task of a filmmaker conveying the existential horror of the mundane and telling an engaging story is a difficult balance to achieve

Deadline is a film directed by Maltese/Canadian director Mario Azzopardi. The film tells the story of Stephen Lessey (Stephen Young), a writer of horror fiction turned film writer, as he slowly loses his grip on reality. His writer’s block and studio pressure contrasts with his desire to make art, and his ignorance of his wife (Sharon Masters) and family ends in the loss of a child.

The film contrasts the earlier horror styles of the 1960s and 1970s with a slower pace and focus on a central character to the roaring drug fueled and sex focused horror of the 1980s. Deadline also tries to say something about the line between the horrors of reality and the heightened reality of genre films. Ultimately our character decides to choose reality -- albeit the over the top reality of this film. It is also interesting to see a depiction of young people critiquing horror for being crass and trash as that is such a foreign experience to many of us in 2020.

Does the film work as a narrative? Not quite. Our character goes through the events of his life and has flashes of horrific scenes that would take place in an exploitation film. There is no real indication of the trigger of these events - sometimes nothing is happening to indicate he is overly stressed and sometimes he is actively writing at the time which in some ways undermines the crushing pressure of writer's block as it portrays a constant burst of novel ideas. These flashes, while entertaining (my favourite involving a black goat for obvious reasons), pulled focus from the drama going on in the story which was far more interesting than unconnected vignettes. I also would have preferred an editing technique that was less of a smash cut to accentuate their dreamlike quality.

The film had the opportunity to say a lot about domestic violence, male fragility and ego, parental negligence, and gender dynamics in the emerging 1980s. Instead it portrayed these issues as events for the lead to suffer through and overcome as opposed to the ultimate downfall of our lead as he slowly loses everything due to his failure to take stock of his situation. This film is a tragedy in the same style as Hereditary (2018) and the ultimate outcome of his family is much more terrifying than the quick horror asides. Likely art reflected reality as it appears like the studio may have insisted on more inserts of these gonzo horror elements to distract from the dry horror the writer was going for.

The version I am reviewing was released on Blu-ray and DVD by Vinegar Syndrome in March of 2020. The picture quality of the remaster is crisper and the audio quality is cleaned up in comparison to the few clips I could find from the VHS version. With that said, this film is also extremely stark, with a gloomy colour palette that made the creative visuals appear washed out. The vignettes could really pop with more colour, especially when delivering the hallucinations.

Ultimately, this film is not the best from the Canadian 70s-80s tax haven boom. It suffers from not choosing between being an artistic slow burn drama and a heightened campy European shock film, excelling at neither. The preferred method for watching this film would be viewing the interesting chunks, but as a whole Deadline fails to really scare or entertain despite its sometimes relatable content.