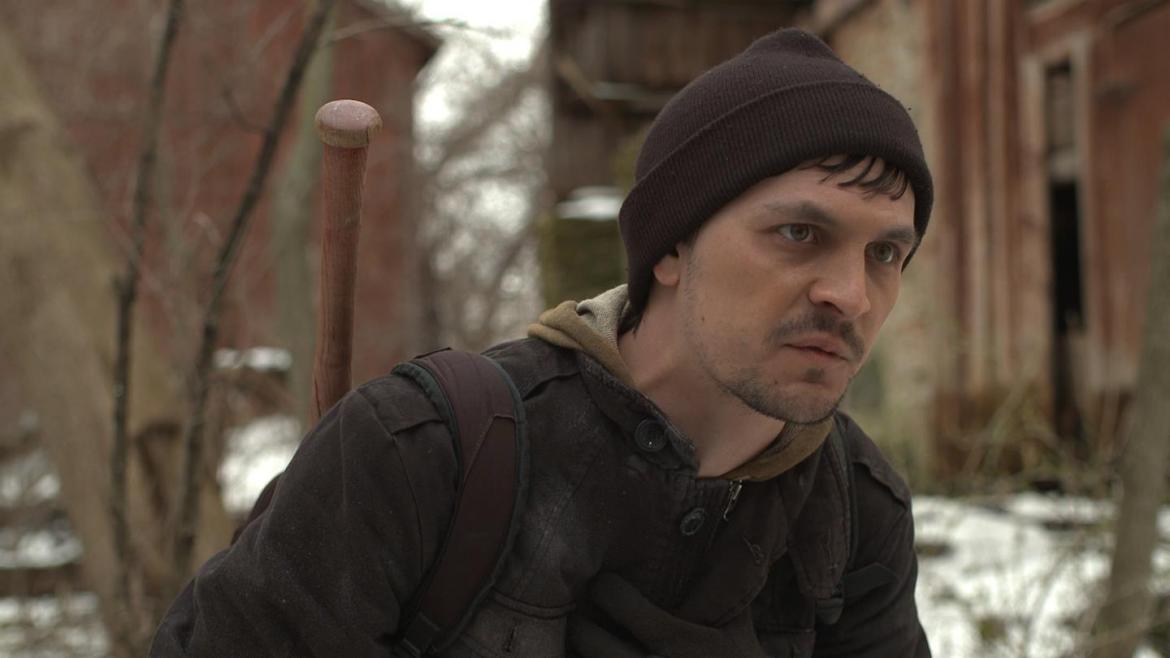 A group of haggard looking nomads shuffle across a half frozen field as grey snow spits out of the overcast sky. Makeshift winter clothes barely conceal the frigid exterior as their breath steams from their panting mouths. Their packs sag with wear and tear rather than from the dearth of survival gear. Each step proves more laborious than the next as they trek across what was once a vibrant, safe country. In the distance they spy an isolated, seemingly abandoned farmhouse and barn. Should they approach? Maybe there is food? Weapons? Supplies? Or worse?

It’s a scenario that may seem more than a little familiar if you’ve been keeping up with sci-fi and horror fiction. Certainly the past two decades have given rise to a fair share of narratives set in landscapes and situations such as this. It seems that the post-apocalyptic setting and these scenes are beginning to take their place alongside the gothic mansion, mad scientist laboratory, attics and basements, the wilderness, and other set-pieces of horror’s earliest ancestry. This isn’t to say narratives occurring after the “end” are exclusive to our place and time but they are surely appearing with an increased frequency while also repeating very similar narrative and visual tropes. Indeed, one could almost make the analogy that what the Slasher film became in the mid 80s, post apocalyptic films are on their way to becoming today.

But this isn’t the case with writer/director duo Adam Bartlett and John Pata’s film “Dead Weight.” Set immediately following an unspecified “terrorist attack” that affects numerous U.S. cities, the film follows Charlie (Joe Belknap) as he makes his way to the small Wisconsin town of Wausau to reunite with his estranged girlfriend Samantha (Mary Lindberg). Charlie teams up with a small group of survivors including Thomas (Aaron Christensen), Meredith (Michelle Courvais), Dustin (Sam Lenz), and Drew (Jess Ader). As the group makes their way to Wausau, they encounter other potentially friendly or fiendish survivors while also being menaced by a mysteriously alluded to though seldom seen “infected” population. We are reminded of other films in this tradition either with the occasional wink but thankfully never in a way that seems to be jabbing you in the side with how clever the references are. We are also shown occasional flashbacks of Sam and Charlie’s relationship as it has unfolded over the passed few years, tracking the time leading up to Sam’s move to Minneapolis for a job. As Charlie and his crew near their destination loyalties are strained, trust is broken, and even seemingly benign intentions turn dangerous.

Like many of the best post-apocalypse films the core narrative of “Dead Weight” has less to do with the actual disaster than with the ways the remaining members of a destroyed society live in its ruins. This isn’t to say “Dead Weight” is lacking in the shivers department. The film has its fair share of suspenseful, grim, and melancholy moments. But where it’s true spirit lies is in Charlie’s larger emotional and psychological struggle and his obsession with reconnecting with Sam. The flashback strategy employed here is more than a little reminiscent of other failed romance films like “Blue Valentine” or “500 Days Summer.” But what works in this technique is not that we reflect on the specifics of the failed romance. Rather, “Dead Weight” proves most affective in its representation of Charlie’s memories as something that proves equal measures inspiring and caustic. The film takes some stark, bittersweet chances that prove mostly affective.

But while the scale of the film never feels overly claustrophobic, it lacks the kind of urgency that seems to be required in such a high stakes situations. We are given bits and pieces of other characters’ histories but unfortunately it isn’t quite enough for us to latch on to a few of the other members of the group. This is particularly the case in the film’s second half. It’s apparent from the film’s opening that this is Charlie’s story but by not further addressing and spending time with the other characters the film restricts the scope and dulls some its later moments of violence.
This also extends to the film’s editing strategies, which at times lack the type of veracity and purpose required. A number of moments and character beats seem to linger too long, running out their welcome before the film moves forward. The moments of levity provided in the flashbacks can prove a touch too light when compared to the present action. The sudden shifts between pop culture impersonations and blunt force trauma don’t quite mesh.

As previously mentioned, it is likely that in time the post-apocalypse setting may become one of the great horror frames. One could even argue that such settings are in fact a crystallization of a variety of horror themes. Thrown into an uncanny world that is and is not our own, we are confronted with humanity’s capacity for evil and animalistic violence. But what I find the most fascinating about these settings is not their emphasis on finality but on their interest in transition and transformation. The world may have “ended” but these films are about how we handle our emergence into a different place. And this is where “Dead Weight’s” greatest strength lies. By combining Charlie and Sam’s story with the survivalist impulse we are given a unique take on some rather generic material. “Dead Weight” announces the entrance of some fresh, interesting voices in the Indie-horror scene and I look forward to seeing what this team has in store next.