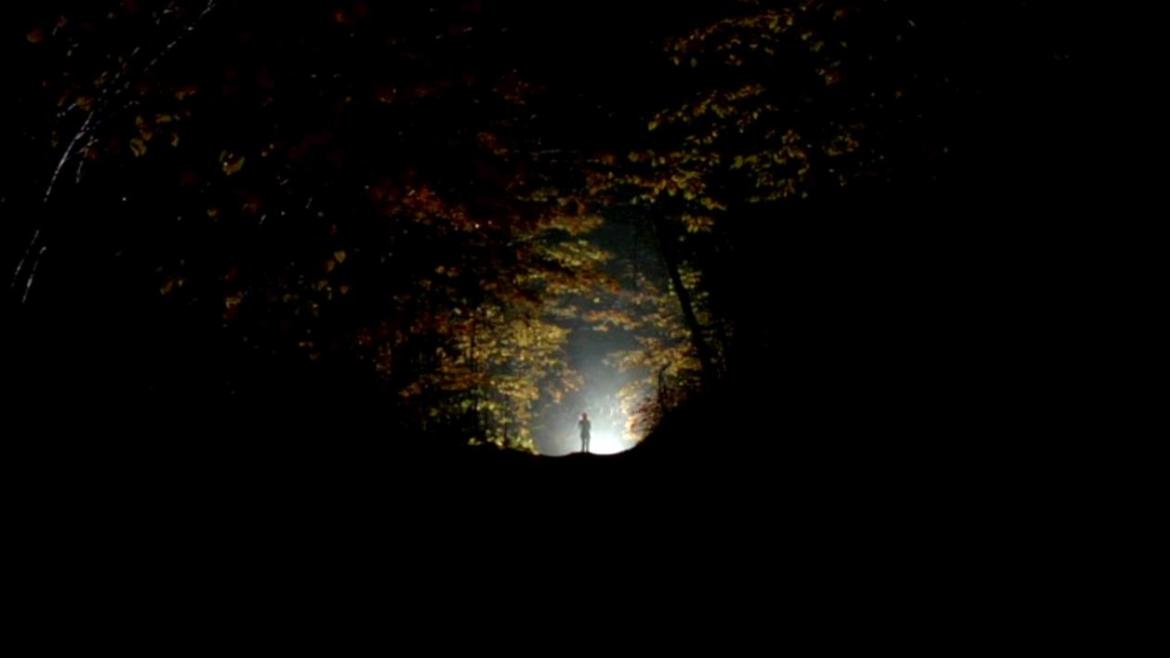 In my review “Burning Bright”, I bemoaned the lack of quality in contemporary Christian-themed horror films. And though “Burning Bright” did a lot of things well, it still embodied a great many of the complaints that I have about fright films for the faithful. In general these films are too clean, from the lack of swearing in tension-filled circumstances undermining believability, to the strange plague of flat shooting and lighting that seems to infect most of them. But above all the other reasons the chief offense of the Christian horror film is the high-horse approach taken to the scripting. The writers of these pictures often seem only too comfortable with providing one-dimensional characters as pawns for the message rather than exploring spiritual ideas in real world terms or even just letting the horror take the lead in the film. Gregg Holtgrewe’s micro-budget 2009 thriller “Dawning” may be a good study for Christian horror filmmakers who want avoid the sanctimoniousness of films like “House”, “Medium Raw”, and to a lesser degree “Burning Bright”.

“Dawning” starts with an unremarkable set-up. Chris and Aurora are a brother and sister in their early twenties who are tripping into the Minnesota backwoods to spend time with their father Richard and his new wife. From the jump it is evident that this is an attempt by all to reconcile the disappointments and bind the wounds caused by Chris and Aurora’s estrangement from their dad following his divorce from their mother.

After a few uncomfortable hours at the cabin Aurora leaves an awkward family campfire to walk the dog. She returns in a panic when the pooch goes missing and things start to unravel rapidly when the dog is found mortally wounded a short time later. Richard puts the dog down and almost immediately a bloodied and disoriented stranger shows up at the cabin and holds the family at gunpoint. Eventually the stranger is subdued and tied up, but not before he alerts the foursome to an evil presence in the woods that took the life of his girlfriend. As the night wears on and their attempts to summon help to the cabin prove fruitless the family, aided by strange voices from the beyond, starts to turn on each other.

I don’t know for certain that there is a Christian voice behind “Dawning”, I do know that there are enough of the identifiable tropes of recent religious horror films to make me believe it could be faith-based film. Of course divorce, substance abuse, and a lack of familial compassion are not the exclusive property of this sub-genre of horror but their presence in certain concentrations gives rise to suspicion. What I do know is that this is a pretty appealing way to frame these themes. Holtgrewe pushes the horror out in front and refuses to give answers to the origin of the evil in the woods. He also attempts to craft characters for which the solutions to existential suffering are not a simplistic matter of making a single choice.

Unfortunately, there is a lot working against “Dawning” as well. Much of it has to do with Holtgrewe wearing the unwieldy, four-billed hat of writer, editor, director, and producer. https://dota2betting-live.com/prognozy/ It’s a role that a lot of zero budget filmmakers are pressed into but it also ensures a dearth of quality in at least one those areas. Here the editing suffers with shots that are not well gauged for appropriate length and the writing, particularly the dialog, doesn’t give the actors much to chew on. Alas, “Dawning” is also dragged down by the same flat shooting and lighting choices that doom so many Christian horror films. Granted there is an attempt to go from light into darkness and employ greater style as that journey unfolds but the initial torrent of blandly composed medium shots under hot lights siphons off emotional weight faster than the actors can provide it.

The two leads Najarra Townsend and Jonas Goslow handle their limited material admirably. The evolving tension works well enough to divert the viewer’s attention from the story’s unabashedly derivative playing field and the score and sound design are reasonably effective. Holtgrewe also smartly saves the bigger set pieces for the climax of the film. “Dawning” is an admirable attempt and as I said before I appreciate the ambiguity of it all. It is a damn site better than many films with budgets 10 times the size and at around 80 minutes it sits at just the right length. That said the often shoddy visual execution and stilted dialog just doesn’t allow for a full recommendation.