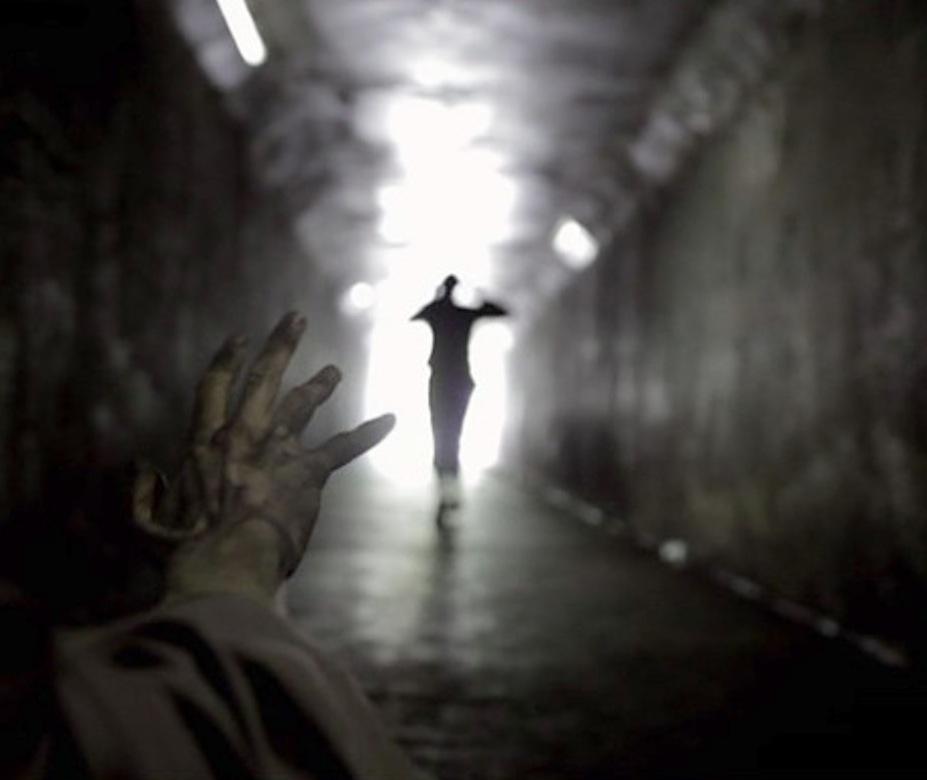 Tricia (Courtney Bell- Oculus), finally coming to terms that her husband who has been missing for 7 years is probably not coming back, decides to pursue the paperwork to make her husband’s death in absentia official. With the help of her sister Callie (Katie Parker –Oculus), a former drug addict, the women work to rebuilt Tricia’s life in time for the arrival of her baby. The closer the date to confirm the death certificate draws near; Tricia begins to experience horrific nightmares about her husband, Daniel (Morgan Peter Brown – Ouija). While out running one day, Callie encounters an extremely emaciated man in the tunnel near her home – surprised and grateful that she can actually see him, the man begs her to contact his son for him. Later, Callie finds a mound of metal objects on their doorstep, assuming they are from the man in the tunnel, she returns them. As the women continue on with their everyday lives and Tricia decides to agree to a date with Detective Mallory (Dave Levine-Oculus), who is investigating Daniel’s disappearance – Daniel returns home, bloodied and malnourished.

As Tricia is torn between the affection of the detective and the return of her once beloved, Callie is experiencing a torment of her own. In an attempt to save both his wife and her sister, Daniel explains to Callie that she has inadvertently made a trade for his life with the being that lives within the tunnel –that now wants her life instead.  As the beings begin to plague Callie, her family becomes more at risk to being abducted to the “underneath.”

In his freshman film, Mike Flanagan’s (who eventually also directs Oculus) Absentia is a strange tale that would have made an excellent campfire tale or folklore legend. Deciding to implement an atmospheric setting full that is heavy with melodrama instead of immediately outlining the basis of the storyline helps to deliver the creeps that linger through the entire film. Intertwining the unknown and lure of the supernatural scares with the devastating human emotion of love loss and abandonment, Absentia is more than just a typical “monster” film. Though the film was backed by Kickstarter, the tiny budget does not affect the strong and well established plot. By the time there are any special effects – the viewer can overlook some of the cheesier moments and just enjoy the ride. Overall, Absentia is a spine tingling trip that leaves you rather unsettled and a bit more afraid of the dark and what lives there.