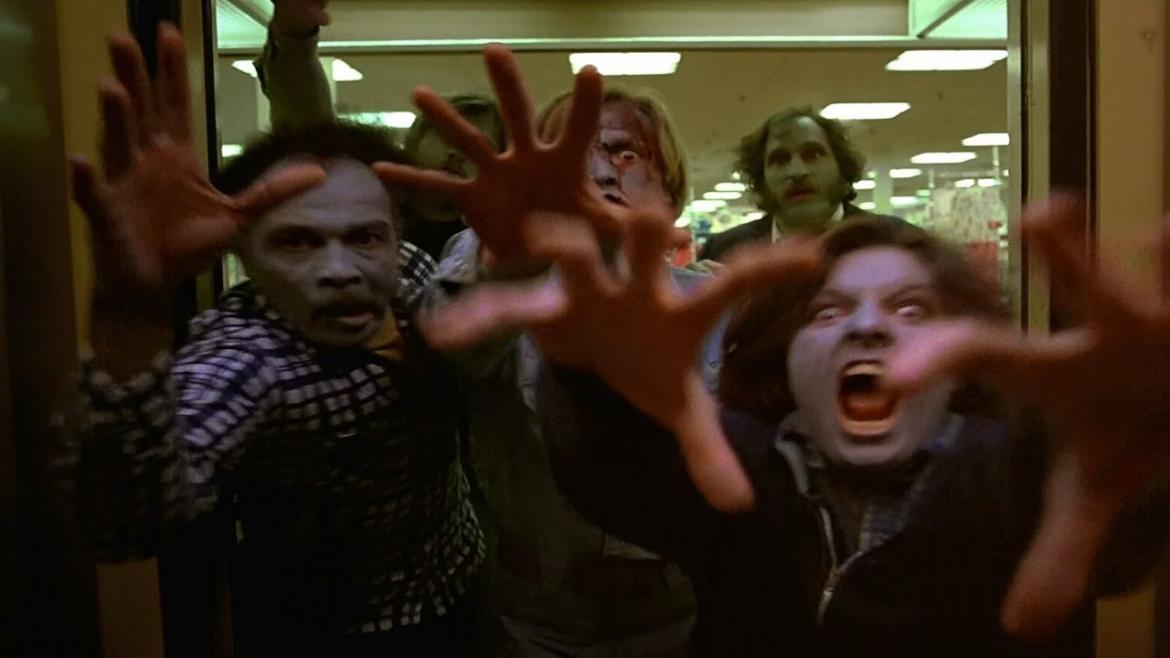 When there’s no more room in hell, the dead will walk the Earth … and they will go shopping. That’s more or less the thesis behind 1978’s Dawn of the Dead, George A. Romero’s master class in zombie movie-making. The film – the first sequel to Romero’s black and white drive-in classic Night of the Living Dead – has had plenty of praise heaped upon it over the years, all of it deserved. If decades of near-universal acclaim isn’t enough to knock you off the fence as to whether or not you should watch it, the next couple of hundred words likely won’t do it, but let’s give it a shot.

Dawn of the Dead carries over no characters or plot threads from Night, outside of the obvious. The dead are coming back to life and attacking the living. The only way to stop them is to destroy their brain. When the franchise as a whole is considered, Dawn is the tipping point in the human v. zombie debate. At this point, things are bad, but hope remains.

Tasked with keeping that hope alive is a foursome brought together by luck and circumstance. There’s Peter (Ken Foree) and Rodger (Scott H. Reiniger), a pair of SWAT team members in Philadelphia who meet during a gruesome raid on tenement building overrun with the dead. Rodger is friends with a traffic helicopter pilot, Stephen (David Emge), who is looking to leave town with his television producer girlfriend, Fran (Gaylen Ross). The four head off together and find a shopping mall outside of Pittsburgh. Zombies shuffle past stores full of things they will never again have use for, but their numbers are manageable and the mall is an awful attractive place to hide. The gang clears it, but doing so takes a toll. The physical price they pay is steep, but the emotional price of stepping out of society in fear proves a near rival to it.

The characters are thin on paper, as Romero devotes little time to their backstories save for occupation. The relationships between those characters, however, is where the real meat can be found. Things like Stephen’s desire to just be “one of the boys” and Fran’s insistence on being seen as an equal in all ways, do more to make these characters feel human than long monologues about where they came from.

As good as the four leads are and as interesting as their characters become, often the real star of Dawn of the Dead is Tom Savini, the film’s special effects guru. Some artists work in watercolors or stone, Savini does his thing with severed limbs and exploding heads. The ideas and setting of Dawn of the Dead are certainly iconic, but Savini’s work is right there with them, providing the gag-inducing foundation on which they stand.

Things like the transformation of a loved one and the tempting but ultimately indefensible fortress are now staples of the zombie genre. While they may have been introduced in Night, Romero perfects them in Dawn. This film is worthy of the reputation that precedes it. It’s blood-splattered social satire that bites just as fiercely today as when it was released.