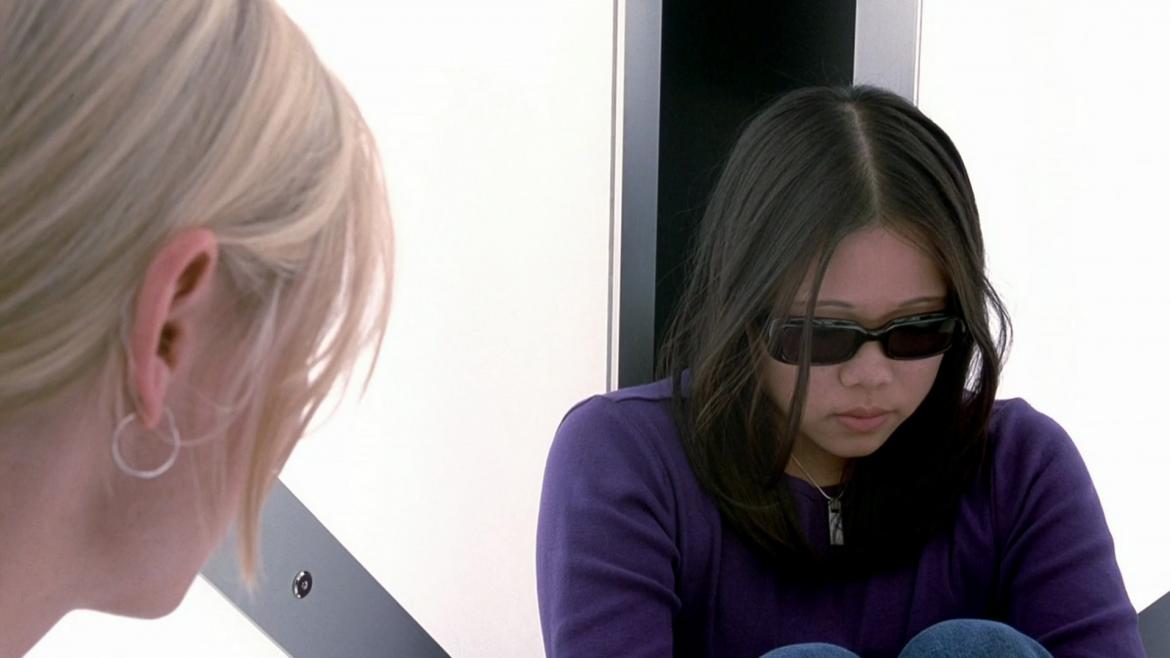 Like its predecessor, Cube 2: Hypercube is a movie about a group of strangers trapped in a murderous cube-prison. However, this is a next-level, “hypercube” prison, capable of toying with space, time, and gravity. While these mind-bending elements are occasionally engaging, the filmmakers fail to bring them together in a consistently coherent and entertaining package.

Much of the fun of the first movie was watching the characters problem-solve their way through the cube. They gradually collected pieces of the puzzle and then had to decipher them. This element is almost totally absent from “Cube 2.” Trying to solve the hypercube in which they’re trapped would be like trying to solve an infinitely large puzzle of a plain blue sky. The rooms rearrange in the blink of an eye. There are no complex codes to crack to determine location or trapped rooms. In the hypercube, every room can be trapped. Traps turn up, activate, and deactivate, apparently on a whim. There’s only one mystery number in the film and the characters discover its meaning completely by accident in the closing moments.

By trapping the characters in this god-like hypercube and, by virtue of that, taking out the problem-solving component, the film accidentally nukes all of its characters’ forward momentum. The characters aren’t working towards any goals other than surviving. The thing is, the situation they’re in appears 100% un-survivable, which makes everything they do feel hollow. Even dying has no real meaning because the film introduces the idea of alternate realities so multiple versions of each character are living and dying in the hypercube.

Another misstep is the decision to double down hard on the digital effects. The intent is to show how much more advanced the hypercube is than the regular cube, but it doesn’t work. Whether it’s budget or talent, something is missing to support all of these new effects. This results in long sequences where characters tremble in fear at the sight of horribly animated threats like crystal pillars growing out of walls and floating cubes that turn into meat grinders. In this way, Cube 2 is a perfect example of the downside of asking special effects to bridge the gap between budget and ambition.

The film isn’t a winner, but it isn’t a total failure. We get a little bit more backstory on the sinister forces behind the cube without completely stepping on the mystery, which is appreciated. The film also has a great look – the industrial, mechanical style of the first film has been replaced by a bright, antiseptic atmosphere. Also, the film eventually spins the alternate realities subplot into an entertaining and grim survival technique employed by this round’s loose cannon character.

Even though Cube 2: Hypercube misses the bar set by its cult-classic forerunner, it does deserve some credit. It could have dropped a new group of strangers into the cube from the first film and waited for that sweet, sweet DVD and basic cable money to roll in. Unfortunately, its big dreams ended up emphasizing part one’s weaknesses while subtracting much of what made it great.

The Last House on the Left (Remake)