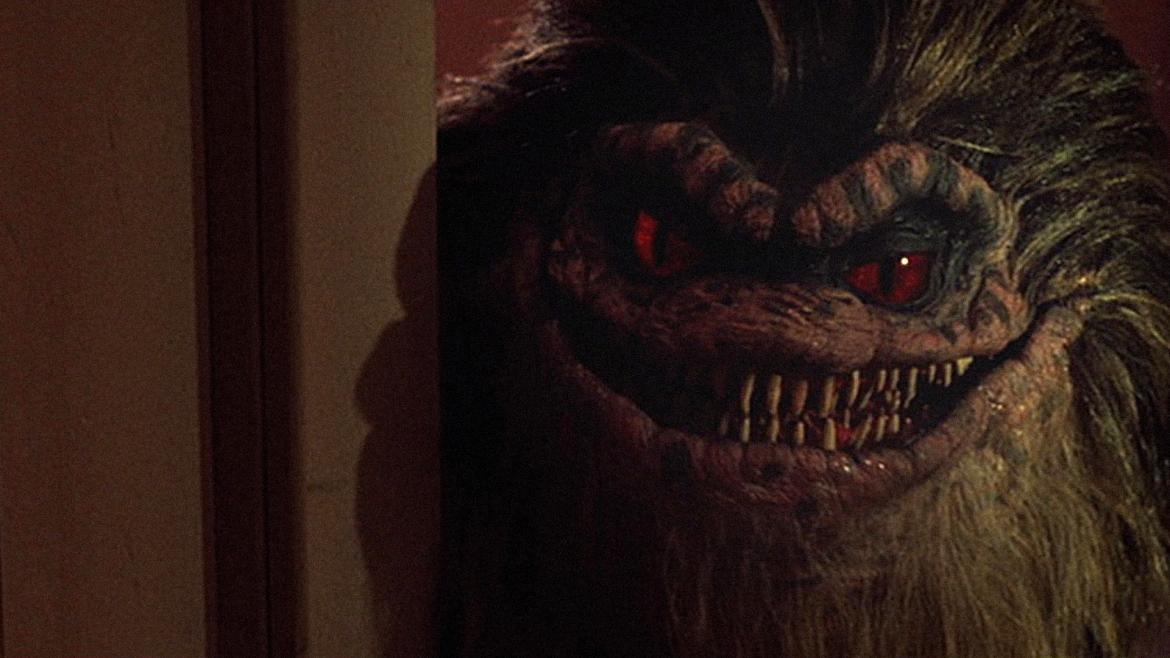 Critters 3 is the sort of film that wears its ineptitude proudly and unapologetically on its sleeves. Like a giant, cuddly buffoon, this film stumbles through the plot admirably; without sense, purpose or any regard for good film making. And it’s better for it.

The film opens with the bounty hunter Charlie (Don Keith Opper) literally falling out of a tree to present the audience with a clip show of the previous two films. The he disappears until the final twenty minutes as the Deus Ex Machina with the lowest IQ in film history. Meanwhile a new cast of characters, having been educated on the existence of evil space porcupines join the convoy to New York City.

You see, this is a city Critter film. Therefore, it’s a convenient excuse to leave behind the old cast. Gone are the Browns and their farm.  Instead, inexplicably we join a convoy to their low rent apartment where they do battle with the Crites. Along for the ride are Josh (Leonardo DiCaprio in his first film role), his slumlord stepfather, Annie (Aimee Brooks), and her brain-dead family.

It would be easy to call Critters 3 a painfully stupid film. And it is profoundly stupid. However, it has a sort of pied piper effect of numbing your brain cells and reducing you into the appropriate state that might allow someone to enjoy a film like this. It’s almost magical. This the cinematic equivalent of huffing an entire can of paint spray. You know it’s dangerously idiotic, but as soon as you get that first hit, you’re deep into a hypnotic brain numbing euphoric state that you can’t exactly say was “bad”; even if you’ve taken seven years off your life and can’t hold a job down any longer.

The biggest crime Critters 3 commits is the lack of mobility for the Crites. There are extended scenes where the victims meet the monsters and they just blankly stare at each other for minutes while they make growling noises and bounce up and down. Surely this a matter of budget, however until now a big part of the appeal of the Crites was how dangerous they felt. For all their obvious puppetry and silliness the monsters always felt menacing. Here, they burp, fart and burn their way to an obvious and unthreatening conclusion.

Yet, when all is said and done it’s still a pretty good time. For all it’s painful and obvious flaws, Critters 3 is a fine way to waste a brainless evening.